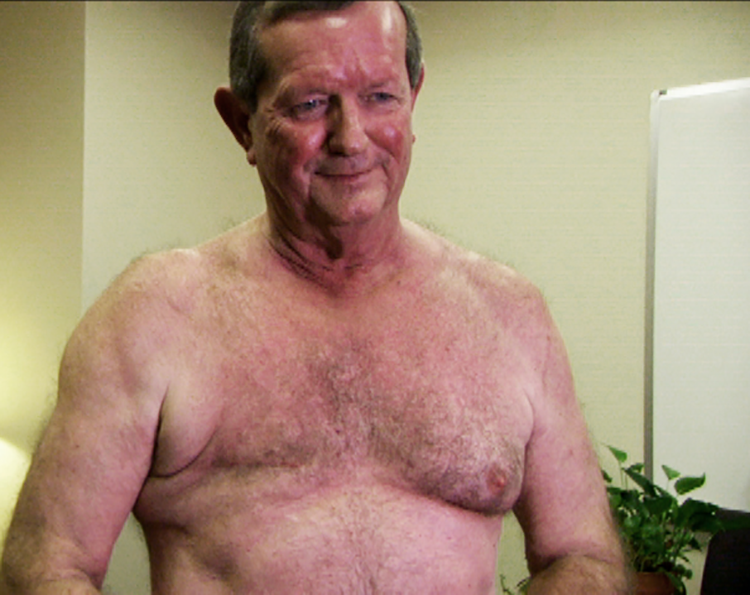 I have been known to make a bet every now and then, and the one I surely would have lost is the one that men cannot get breast cancer. I know all too well this is not true as I now have the distinction of being diagnosed with male breast cancer twice; the first was in March 2013, the latest, August 2015.

It is surreal to hear the words “You are a male and have breast cancer.” It is even more so to have a mastectomy in April 2013, undergo successful cancer-free follow-up visits for 2 1/2 years to once again hear the words, “The tumor is malignant.”

I am truly blessed as my first tumor was discovered purely by accident. I had a chronic cough, and the doctor ordered a CT scan of my lungs. The good news was the cough was due to mild acid reflux with Nexium alleviating the symptoms. However, the doctor said the dreaded “Please sit down.” I have never known that request to be followed by good news. He proceeded to explain that a small tumor was discovered in my right breast. Emotions of panic, fear, and nausea evolved in ever increasing intensity as my thoughts went back to my Mother who had been a breast cancer survivor. The doctor felt that it would be a rare occurrence for the tumor to be malignant but encouraged me to have additional tests performed. Mammograms and sonograms confirmed the presence of the tumor, and the radiologist suggested that in spite of its innocuous appearance, a core biopsy was the only way to confirm the tumor’s status. A core biopsy was performed, and within a few weeks the results confirmed the tumor was indeed malignant. I had opted not to tell my wife of the tumor’s existence as I was convinced that the tumor was benign, so why cause her unnecessary worry? That is a choice I would not recommend for anyone. In an effort to protect my wife, I exposed myself to receiving news so devastating, so debilitating, and alone.

A right mastectomy was performed in April 2013. As a result of negative BRAC 1 and BRAC 2 tests, in addition to Oncotype DX test results of an 11 out of a possible 100, the left breast was not removed nor radiation or aggressive chemotherapy prescribed. My only treatment after the mastectomy has been Tamoxifen as my tumor was Estrogen positive.

The culture of the MD Anderson network of doctors, nurses and staff is phenomenal. Not only does one receive the best diagnostic, surgical, and oncological care, but also the attitude of everyone there creates an atmosphere of “We care about you.”

As a result of my experiences with the individuals on my care team as well as the administrative staff, I wanted to give something back to the institution. As a result of that personal initiative, I am a member of the Patient and Family Advisory Council, the steering committee of myCancerConnection and, most recently, the Psychosocial Council of MD Anderson and the MD Anderson Campus Carry Working Group (a result of Texas SB 11). In addition, MD Anderson launched a new program, the Male Breast Cancer Survivors Support Team in August 2015.  This program began when I attended a meeting of the myCancerConnection in January 2015 during which members discussed the existence of two other teams, Ostomy and Pancreatic Cancer. Afterwards, I offered to establish a third team and sought the support of everyone I could to bring the concept into reality. I am excited to say that from concept to reality was less than seven months.  Here’s the flyer. Dr. Bogler, currently the other member of the support team, is also a male breast cancer survivor as is his wife. Both Dr. Bogler and his wife work at MD Anderson.

Fortunately, my name caught the attention of Lori Berlin, a vivacious lady on a mission. I have not had the pleasure of meeting her but am looking forward to the experience. Lori called me a few months ago wanting me to share my story with her and asked if I would be willing to become a member of the Male Breast Cancer Coalition and participate in the documentary, Men Have Breasts Too (MHBT).  Of course I agreed, as my personal mission is to establish male breast cancer survivor networks and promote male breast cancer awareness. When I earlier used the word “fortunately”, as you continue to read you will see that “fortunately” is too insignificant of a word choice.

Lori asked me to meet the production team the afternoon of Monday, August 24th at MD Anderson for my documentary interview. Toward the close of the interview I was asked if I would object to taking off my shirt and having my chest videoed, specifically, the mastectomy scar. I was compliant and was asked to drag my finger from end to end of the scar to emphasize the impact of the procedure. A mastectomy scar, in my opinion, is not a minor scar. As my fingers traversed the incision, one of my fingertips felt a lump just below the incision. Waves of nausea and flashbacks to March 2013 cascaded through my mind. Could it be another tumor? I believe I masked my emotions sufficiently not to alert the documentary crew and finish our session.  Without any doubt, a tumor had manifested itself once again in the area where my right breast used to be. As I stated, the word “fortunate” is not sufficient. Had it not been for the interview, the tumor probably would not have been discovered until my follow-up visit in October. I am a strong believer that when it comes to cancer, time is not your friend.

I was at MD Anderson for one of the committee/council meetings and availed myself upon the Patient Service Coordinator (PSC) assigned to my team and was promptly notified of an appointment for a sonogram two days later (Friday) and an appointment with my surgeon the following Tuesday. Although we humans can be optimistic to a fault, I was not going to assume this lump was insignificant. The sonogram showed a small tumor (not a cyst as I had hoped) and appeared to be contained and behaving itself. The radiologist suggested a needle biopsy. Once again, the advantage of MD Anderson presented another cause for appreciation. Within ten minutes of the biopsy, the preliminary results were back. Two for two, malignant. As fate would have it, my wife, the one whom I elected to not tell the first time and said I would never not tell again, was 1100 miles away on holiday with her sister. It was until her return trip with her sister by her side in the car did I call to say, “You may want to hold your sister’s hand, I have news that could hardly be deemed good.”  My not-so-funny story is that not once, but twice, I have been alone when given the diagnosis of male breast cancer.

That sense of being alone is the driving force of my efforts not to let another man be unaware of his potential for developing breast cancer nor to face it without the opportunity for support from another man who has experienced the multiple emotional phases of breast cancer. Kubler-Ross modeled the experiences of loss so well, Denial, Anger, Deal Making, Depression and Acceptance. I have been fortunate to have my faith, my wife, my family and friends to aid me in these emotions; my concern is for those who are missing some, if not all, components of support. I guess I am as macho as the next guy, but breast cancer will bring you to your knees.

When I am sitting in the Mays Clinic at MD Anderson, I get peripheral glances from the patients and caregivers, and I have to wonder if they are asking themselves “Where is his wife/life partner?”  It is not until my wristband becomes visible from beneath my shirtsleeve or coat sleeve that I see a look of surprise, “Hey, he must have breast cancer.” My sincere hope is that every man diagnosed with breast cancer will have another man walk up to him and say “I too am a breast cancer survivor, is there anything I can help you with,” or “I am not a breast cancer survivor but know someone who is, can I get you in touch with him?”

I am most fortunate. Besides my faith, a loving wife and family, friends beyond my awareness, I have the number one cancer institution, MD Anderson making it possible to reply when asked what it means to be a survivor with “To me being a survivor means the opportunity to wake up to many more tomorrows.”

With only 2200 male breast cancer diagnosis a year in the United States, men belong to a unique and small fraternity. As significant a role that MD Anderson plays in breast cancer, treating about 4,000 women a year, only 20 or so men are treated. I suspect the opportunity exists for many more men to be treated, if they only knew what we know. I encourage everyone, male and female to bring this lack of awareness to a close. Male breast cancer has its own awareness pin, blue over pink. Get one and wear it. Pass them out to everyone. After all, men have breasts too!