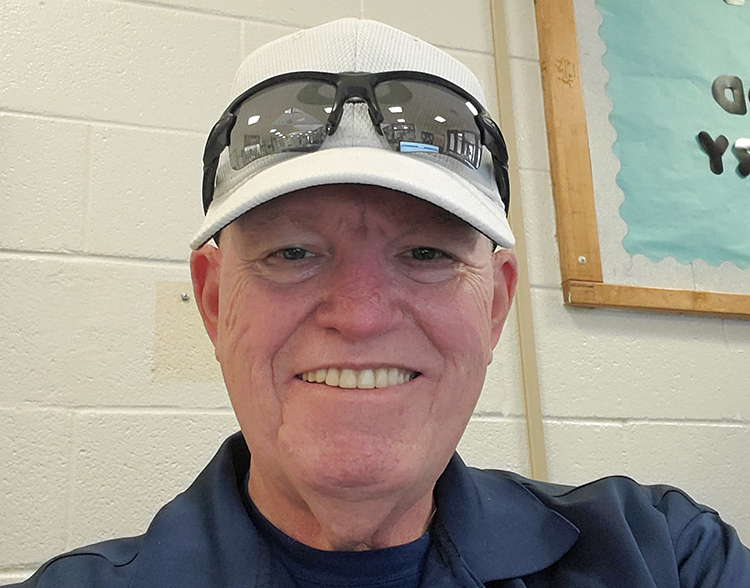 Early in 2018 I noticed a strange ‘cyst’ on my left breast, right by the nipple. I never felt any pain or discomfort, so I mostly just ignored it. Occasionally I would feel it to see if it was still there, and if so, if it had gotten bigger or smaller. For about a year I just kept living life as usual.

One day, while at work, the ‘cyst’ was irritating me. Still no pain or large discomfort, but I called my wife to let her know I was going to the doctor to see if they could possibly lance it. At the doctor’s office a nurse practitioner was seeing to me. After some X-rays she came back in and I asked if it was indeed a cyst. She looked at me and told me she was going to send me to a local hospital’s cancer/surgery clinic for a mammogram, because she was certain it was not a cyst. Reality set in when she thought it was the “C” word and not a cyst.

I went home and told my wife that I was to go to the clinic in the morning for an appointment. Because it was made so quickly, I was a little unnerved. Needless to say, I didn’t sleep very well that night.

My wife was with me and when I walked into the clinic; of course, I saw only women there. I was bit embarrassed, because, after all, I am a man. In a low voice, I told the receptionist my name and she said in a very audible voice, “Oh yes, Mr. Lincoln, we have your mammogram all set up”. I was like, shut up. My wife was containing her laughter, and told me I turned a very lovely shade of red.

Long story short, I had Stage 2 Breast Cancer. I never thought of it as a death sentence or anything like that, and after talking with the staff, I quickly got over my embarrassment of being a man with breast cancer.

A day or so before my surgery I was meeting with the genealogist to give her cancer information on my family. Well, I had left at a young age to join the U.S. Navy, so I called my oldest sister and asked her what information was needed, and she told me that my dad also had breast cancer. He never told me about it, and we usually talked about everything. After doing the genetic test that the cancer center, they told me they were baffled, because my breast cancer was not genetically inherited.

I had a full mastectomy of the left breast. and was told that it didn’t appear to have spread to the lymph nodes. I continue with my oncology appointments and my doctor told me he is pleased with the numbers from my blood work.

Even though I don’t have a genetic mutation, I still have my son check himself and keep an eye on my grandsons.

I don’t have a problem telling people about it now, and no longer am I embarrassed. Even men can wear pink!