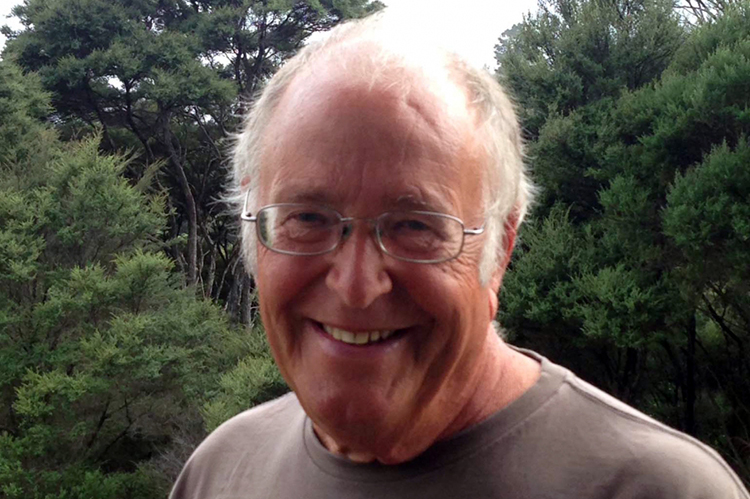 I was on a safari holiday in Namibia in August 2010 when I felt some soreness in my left nipple. I thought it was probably down to irritation caused by the seatbelt when we were bouncing around on unmade roads. The soreness persisted when I got back to the UK, and in October I noticed a lump under my nipple. I could tell it was getting bigger and did some research on the Internet and decided it was probably a cyst. In January 2011, my wife gave me a playful poke in the chest and felt the lump. By this time the lump had got a lot bigger and my nipple was inverting. My wife insisted I went to see my GP. Up until then, my wife did not know I had a problem.

Why did I not go to the doctor before? I was aware men could get Breast Cancer, but when I researched the Internet the numbers were small and I thought it could not happen to me. Then there is the fear of being diagnosed with any sort of cancer, and a reluctance, in men especially, to go to the doctor. A third factor is not wanting to admit to having a disease which is widely thought of as being something that is only contracted by women. People will maybe think you are less of a man.

So, after five months, I finally went to see my GP. He examined me and did not think it was anything serious, but referred me to the Breast Clinic as a precaution. I still did not consider I had Breast Cancer and it was not until the doctor at the clinic examined me and I could tell from her expression that it was something serious. A needle biopsy confirmed Breast Cancer and then a core biopsy gave me diagnosis of Grade 3 invasive Breast cancer.

Three days after diagnosis I had a mastectomy. The surgeon also removed three lymph nodes, one of which was affected. In March I started a course of chemotherapy for 18 weeks. As the cancer had spread to my lymph nodes, I had to have a lymph node clearance in August. This was then followed by three weeks of radiotherapy and I finished treatment in October 2011. I now have hormone therapy treatment, Tamoxifen, which I will be taking for ten years.

My diagnosis was obviously a shock to us all. My wife was extremely supportive and sensitive, a bonus of being a man! We found it very difficult to tell our children, even though they were grown up. The plus side of being a man undergoing treatment, was no reconstruction, I did not have any issues with losing a breast, although I sometimes feel a little self-conscious when in a swimming pool. Hair loss during chemotherapy was also not a problem (I did not have much anyway) and not having to shave so much was a bonus. I have come to understand that these areas can be difficult for women to deal with, and not all men take my view of the treatment.

The downside of being a man is that Breast Cancer is regarded as a woman’s disease. This means a man can feel very isolated and not be able to talk to someone of the same sex. My sister was diagnosed in 2008 and is still in contact with ladies who had the operation at the same time. I was in a room of my own and did not speak to a fellow male sufferer until I did the BCC Fashion show in 2014. It was also irritating when nurses assumed it was my wife who was the patient when I was attending an appointment.

I thought that mainly my treatment went very well, my biggest problem was with the chemotherapy, which was difficult to deal with and I had to be admitted to hospital on two occasions. Because both my sister and myself had been diagnosed with Breast Cancer, the hospital were keen for me to be gene tested. It turned out we both had the altered BRCA 2 gene. This has given us a lot of heartache, worrying about passing the gene on to future generations.

I am very grateful for all the support I had from my wife, my children and our friends. The treatment I had at Glenfield and the Royal Infirmary was second to none.

After all my treatment I was determined to get back to the same level of fitness as before. Whilst I was doing the chemotherapy I was selected to be a Games maker at the 2012 Olympics. So I had a target to be ready for this, and it was a fantastic experience. Within a year I was back to playing tennis, badminton and golf to almost the same level as before. I have also become involved with BCC and have trained on the Someone Like Me programme. I am now far more aware of the ongoing effects of Breast Cancer, the side effects, and the worry over secondary breast cancer.

I think that men generally have an easier time than women with Breast Cancer, but the biggest problem is getting them to be aware when they have a problem and then presenting to a GP.

I was always aware that because of my altered BRCA2 gene I had an increased risk of contracting Prostate Cancer and in 2018 I was diagnosed with Grade Three Advanced Prostate Cancer. Treatment was 37 sessions of radiotherapy and three years of hormone therapy. I will finish this and the Tamoxifen for Breast Cancer at roughly the same time.

Once again it was time to get back to fitness, and I am again playing tennis and golf. I still have the worry of passing on the gene to future generations, but I console myself with the tremendous advances being made in treatment and understanding of genetics. 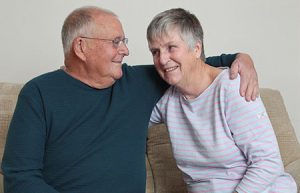 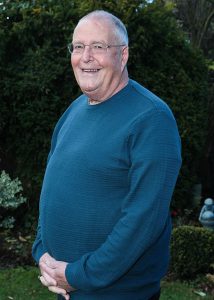 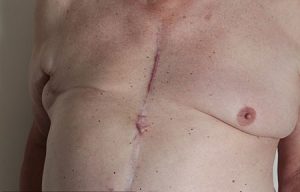