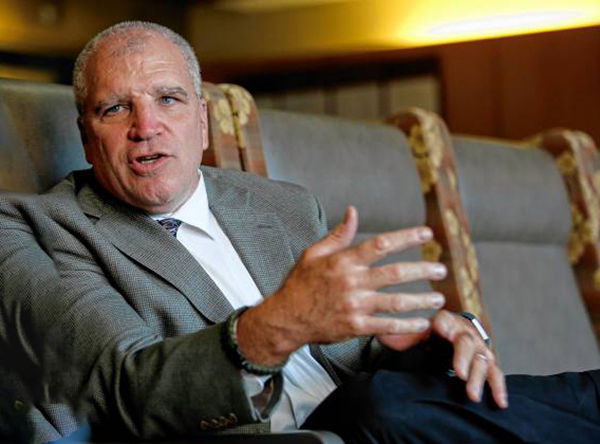 At the age of 14 you shouldn’t have to mourn the loss of your mother.

My mother was diagnosed with breast cancer in 1972. I remember my dad trying to explain the disease to me and what mom would be going through to try to get herself better. Back then there was the surgery followed by chemotherapy and radiation. I watched her suffer for three years until the cancer took her from us. She was a shell of herself and had spent the last three months of her life in the hospital. I was the oldest of four children, the youngest only 4 years old. At the time, 1975, the world became a blur and I just went through the motions of being a teen in high school. It took my siblings and I many years to get back to any semblance of normalcy.

When your son is four you shouldn’t have to mourn the loss of your wife.

My wife was diagnosed with breast cancer in 1995. After her double mastectomy she went through a few rounds of chemo and six months of  radiation. Her doctors felt confident that they had caught the cancer in time. By the fall of 1996 it had come back with vengeance. Her body was infused with the disease and she succumbed to the cancer exactly two years to the day after her surgery, February 16, 1997. Life again became a blur but this time I had a son to raise.

I left the hospitality business and went back to school to become an educator. It had been my dream to be a teacher and my wife had always encouraged me to follow my heart. After moving back to my home state of Massachusetts from Minnesota I was lucky enough to meet another wonderful woman and we married. With her five children we became a large family of eight. I was doing something I loved while surrounded by loving family and friends. After all the loss I had suffered in my lifetime I still felt blessed! My life was crystal clear again.

When life is so blissful you shouldn’t have to worry that you may leave your family behind.

My life became a blur again as the doctor confirmed my worst fears. I had breast cancer, Stage 1 Infiltrating Ductal Carcinoma. The Grade 2 Tumor was slight in size, only 8mm and both ER and PR Positive. I had a right side mastectomy and began taking Tamoxifen. Because I have a Protein C deficiency I also began taking a blood thinner.

I knew all the tell-tale signs. I had already served as a cheerleader, a caretaker, and an advocate for loved ones who had been stricken with the disease. Breast Cancer had been a major part of my life since the age of 11. But I felt lucky again because we had found the cancer so early. I did get my left breast removed prophylactically a few years ago for my own peace of mind.

It’s been eight years since my diagnosis. Every year around this time I’m usually contacted by a local newspaper or TV station and I never shy away from telling my story. I’ve also spent some time serving as a member of a breast cancer advisory committee for a local hospital. Educated about breast cancer at an early age and having seen the effects of the disease from all angles I’m able to share my experiences and hopefully help someone else. I tell people, especially men who aren’t as apt to check themselves or visit their doctor, to be diligent about their health. Be proactive and don’t take any of the signs for granted. Breast cancer can affect anyone and early detection is the key.

As of this writing my life is very normal. I’m a principal at an elementary school, I have a loving wife, happy children and some great friends.

After all is said and done, my life is finely focused again, and I would still consider myself a very lucky man. 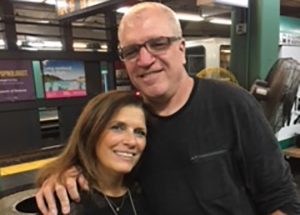 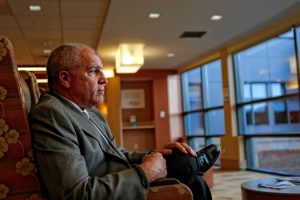