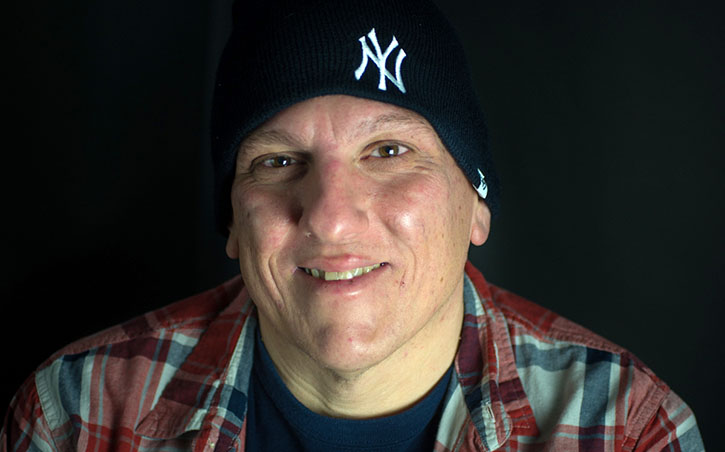 Just before Christmas, 2016, I was diagnosed with breast cancer.  I had noticed a painful lump in my chest at least two months prior, as well as the inverted nipple on the same side, but I ignored both.  I convinced myself it was anything other than cancer.  I don’t know if I truly believed men couldn’t get breast cancer, if I was too stubborn to get it checked, or if I was just too scared of what I might hear.

One day, when getting ready for church, my wife asked me what the lump was.  I told her it was nothing, and not to worry about it.  She said, “You are going to Urgent Care right now, like it or not.”  The doctor there did not like what he saw and got me into a radiologist’s office the next day for an ultrasound as well as a mammogram (something I never thought I’d experience).  The radiologist also did not like how everything looked and got me into a surgeon’s office a few days later for a biopsy.  The diagnosis was Stage 2, Grade B breast cancer that had also spread to my lymph nodes.

I have to admit I had a small, quick, pity party thinking of my wife and two daughters if something were to happen to me.  But, after speaking to the surgeon and hearing the confidence he had that he would get me through this alive and well, I immediately decided I was going to attack this with a positive attitude and a sense of humor.

Telling my family and closest friends was not easy.  The hardest thing though was posting something on Facebook.  My finger hovered over that ‘Post’ button for about 10 minutes before I was able to send it.  I was scared of what others would think of me getting a “woman’s disease,” and of the jokes and smirks I would face.  But, the reaction has been overwhelmingly positive.  I’ve gotten nothing but support from close friends and family, including family and friends I haven’t spoken with in decades, as well as from co-workers.

While I have gotten emotional since sharing my story, it’s been in a positive way at the love and support my family and I have received.  As an added bonus, at least one “friend-of-a-Facebook-friend” had his wife check him and she discovered a lump on his breast (after tests, thankfully it was not cancer).

My treatment is at Cape Fear Cancer Specialists in Wilmington, NC. As of March of 2017, I have gone through four of my six scheduled chemo treatments.  There was a scare my cancer might have metastasized to my spine, but a bone biopsy was negative. Surgery and radiation await me later this year.  I’ve also had genetic testing done, which thankfully was negative.

The most important thing to take from all this is if you have any reason to get checked out, do not hesitate.  Maybe if I had gotten checked earlier my treatments might be easier to deal with.  As it is now, for a few days after chemo, I feel like I can barely get out of bed.  I get nauseous, can’t sleep and ache from head to toe.  Of course I’ll gladly experience these treatments ten times over to survive for my family.  I have already beaten kidney cancer, and I’ll beat this as well.

I’m a normal 45-year-old guy.  I work full time as a consultant for Verizon, and live in Wilmington, NC. I watch sports, coach my daughter’s soccer team (despite knowing as much about soccer as I do neurosurgery).  Breast cancer doesn’t discriminate: women or men, old or young, it doesn’t matter.  If it wants you it will attack.  So, get checked, attack it back with appropriate treatment, and beat it.