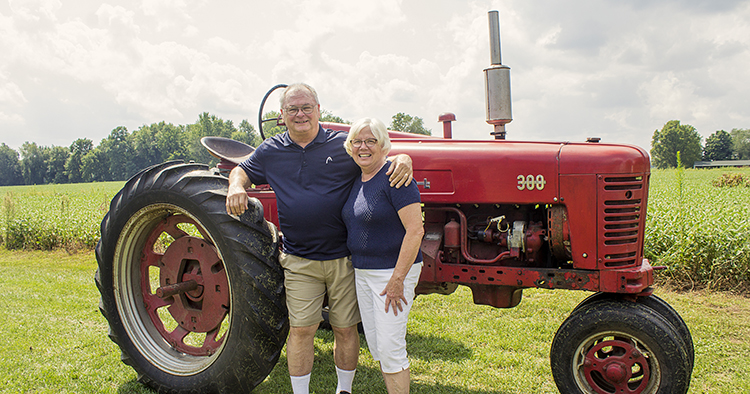 April 2017 was the start of an unplanned journey for my husband Tom. Before the journey started, we didn’t consult travel books, scour the Internet for reviews, or ask our friends for recommendations on sights to see, or restaurants to visit as we would when planning a holiday.

Our journey started one morning when my husband discovered a lump in his right breast. We quickly scheduled an appointment with our family doctor, and she immediately referred us on to the local cancer center for a further look.

Tom’s case was expedited because he has a gene mutation, BRCA 2, that puts him at risk to develop certain types of cancer. In his case, his male relatives had a high rate of prostate cancer, so he was very diligent in checking for this cancer. We didn’t realize he should have been getting regular mammograms as well. Even our family doctor didn’t tell us that, and we later learned that Tom was her first case of male breast cancer in over 20 years of practice.

Our visit to the cancer center started with a mammogram, which showed a definite mass. We were sent to the waiting room for a short time, before he was called back for an ultrasound guided biopsy. Two days later we received a phone call that the mass was malignant. The cancer was present in the breast and in lymph nodes under his arm.

Our cancer center uses a multidisciplinary approach to diagnosis and treatment. The following week we spent a day at the center meeting with doctors and caregivers. Three of our children and a daughter-in-law accompanied us to the appointment. Our oldest daughter had a newborn at home, so she joined us through Facetime on an iPad. Our daughter-in-law took notes which became very important later. We were overwhelmed with information that day, so it was impossible to even think of appropriate questions.

We met with a surgeon, an oncologist, and a radiologist. The doctors each examined Tom separately, and during lunch, the doctors met together to determine their recommendations for treatment.

As they shared their recommendations with us, we all agreed that surgery was needed. We then met with a social worker who explained the services available to us. A nurse navigator was assigned to lead us through the process of appointments, tests and steps to begin treatment.

Tom had a double mastectomy two weeks later. Although the cancer was present in only one breast, he had a high chance of developing cancer in the second breast because of the BRAC 2.  He wanted to reduce that possibility and chose to have both breasts removed.

Once he had recovered sufficiently from the surgery, he began chemo from June through November. Thanksgiving week 2017 was the end of chemo treatment. That gave us much to be thankful for, before starting radiation in early December. Treatments were Monday through Friday. By early February, Tom thought he was done with all the treatments, but we weren’t done with the difficulties.

Tom began taking Tamoxifen to prevent recurrence, but after five weeks he developed a large blood clot in his leg. Deep vein thrombosis can be a side effect of the Tamoxifen. He immediately stopped the drug and began taking a blood thinner.

Up until then we had many resources to help us navigate our journey, but at this point the doctors couldn’t give us definite recommendations for further treatment. Tom was a statistical rarity when he was diagnosed with breast cancer, and he became even more rare when he couldn’t tolerate Tamoxifen. There is no data for men on the effectiveness of treatments other then Tamoxifen for preventing cancer recurrence, only studies based on women. We sought a second opinion from the University of Michigan Cancer Center. Same story. Aromatase inhibitors are effective for women.  In theory they should help men, but there are no studies that can confirm this.

Our family doctor and Tom’s urologist all concurred. The decision was ours to make. We were now in uncharted territory, since there was no data to consider, no case studies to read, and no recommendations from the sources that were so helpful earlier in his treatment.

Tom chose a medication with the least side effects. That is the point he is at now, and he is dealing with side effects from treatment and the drugs he is taking. But he is enjoying our life together.

Cancer treatment takes control of your life. During treatment, everything revolved around appointments, treatments and how Tom was feeling.

He is not back to normal yet, but he is getting stronger and feeling stronger as time passes. Our faith has been deepened, as has our dependence on each other. We would never have chosen this journey, but we are so thankful each morning that we can enjoy our lives and face each day with confidence that we will have strength to meet that day’s challenges. 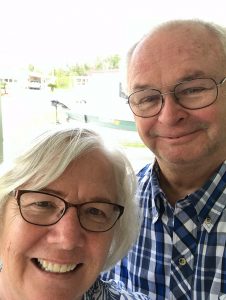