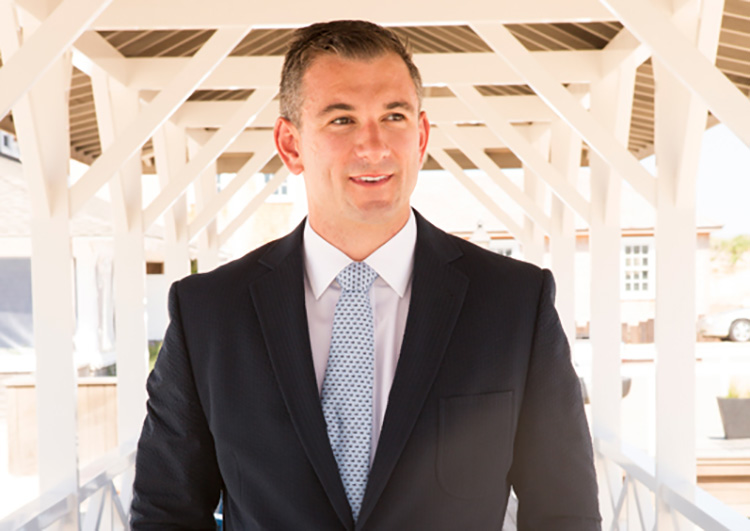 I never would have thought I’d be in this very select group of fellas.  Now, I’ll be volunteering at Dana Farber in the SoulMates program at the breast cancer treatment center.

That’s because on March 14, 2014, when I was waiting for my first chemo treatment, I met another man with breast cancer. He was further along in his treatment and we talked for quite a while.  I was really nervous about chemo, but he made me feel a lot better because he was so positive.

One October day I was doing my regular workout at the gym. I was doing chest presses, brought the weight down and thought I’d pinched my nipple or something. There was a lump in my right nipple. I didn’t do anything about it.  Two months went by and it still didn’t go away.  I never thought as a 37-year-old male…

My primary care doctor sent me for a mammogram and I was diagnosed with gynecomastia. The doctor told me it was just a benign thing, don’t worry about, it won’t hurt you.  You could see the lump in my nipple. The doctor said we could remove the lump for cosmetic reasons if wanted, but there was no rush.

I went home and did my research. From what I’d read, I wasn’t the ideal candidate for gynecomastia. I wasn’t going through puberty, I also wasn’t over 50, I wasn’t taking any hormones.  I decided to just schedule an appointment with a surgeon to have another set of eyes take a look at my nipple, but waited a few weeks since they told me there was no hurry.

The surgeon also said it looked like gynecomastia and decided to do a biopsy to be sure. The biopsy was done the very next day and two days later was told I had a cancerous tumor and NOT gynecomastia. After being married less than six months, my wife and I were facing an unexpected challenge right off the bat.  On January 31, 2014, I was diagnosed with Stage 2B breast cancer.

After hearing that information, I just needed to wrap my head around what was happening. The doctor gave me lots of information. We were on the phone for over an hour. He was the breast surgeon at my local hospital, and just kept telling me how treatable by diagnosis was. He said, “It won’t kill you.” There were no characteristics of something that would spread. He said I just needed a lumpectomy, no chemo, and I’d be back on my feet in no time.

I was focused on getting as much information as possible. I needed to know the science of everything. I really had no emotional reaction and shifted into fight or flight mode.

Since I live in Boston, I wasn’t going to screw around with anyone but Dana Farber. The very next morning I went to their website and found a section about male breast cancer. I sent an email Saturday morning, Monday got a call, on Wednesday was at Dana Farber getting a plan in place. A lumpectomy vs. mastectomy, removal of lymph nodes, I had a roadmap with all the options available to me.

Two weeks later I had a mastectomy on a Friday, spent one night in the hospital, Sunday I was having beers with my friends. I had a drain for about a week, worked from home Monday and was back in the office Tuesday. I was told I’d be out of work for a month, but only missed two days. I was 37, in great shape, strong, a man with lots of energy.

The doctors said the real wildcard was the three sentinel nodes, the “gate keepers.” They’d take them out during surgery and test them. If there were any signs of cancer, then they’d take out the rest.

When I woke up after surgery, the very first thing I asked was, “What’s the deal with the nodes?” The doctor gave me the all clear. I was elated!  I started joking around, I was home free, the tumor was out. Everything’s gonna be fine.

A week after the surgery the doctor called. So when they examined the frozen section, everything was clear. BUT, when the full pathology was done, there was a small amount of cancer in two of the three nodes. Just a really, really small amount. That’s why they couldn’t see anything initially.

You know, if I was ever going to tell someone how to prepare for this kind of thing, I would say don’t think it’s the end of the game when they tell you you’re all clear.

My case was brought before the tumor board and it was decided chemo wasn’t mandatory, BUT, another BUT, if I did chemo it would decrease the chances of my cancer spreading and reoccurring by a significant margin. If anything slipped away, we hoped the chemo would kill it. I was prepared to lose my hair and had great anti nausea meds.

If I had to rate my chemo experience on scale of 1-10, 1=horrendous/brutal, I’d say my chemo experience was a 9.5. The lowest I ever dipped was a seven, but most weeks I was about a nine. I never sopped working and was back at the gym like normal working out four days a week. I went out drinking beers with friends. I know I was really fortunate. Hopefully anything that slipped away or was missed was gone.

To be extra safe, there were six weeks of radiation and I’ll be on Tamoxifen for five years. So far, no side effects. I wouldn’t even know I’m on it. Every two months I go for blood work and physicals.

I’m also participating in a drug trial. I read in one of the Dana Farber books about a clinical trial for palbociclib, or Ibrance. The drug was originally approved for Stage 4 metastatic breast cancer after such good results controlling cancer. This particular trial is to measure tolerance of the drug over a two-year period, not to determine its effectiveness. They’re looking to see how it works for lower stage cancers. Dr. Erica Mayer, my oncologist, just happens to be leading the trial. I figured it certainly won’t hurt to give the palbociclib a try. At first I was monitored very closely, because one of the side effects is your white blood cell count drops. It’s been almost a year since I’ve been on the trial with Dr. Mayer and all is well. So far, just like the Tamoxifen, no side effects. I really wouldn’t even know I’m on the medication. Hopefully it keeps doing what they think it should be doing and we all will be better off.

The BRCA genetic test was done right after my breast cancer diagnosis.  My mom had stage 0, a tiny, tiny, small amount of breast cancer and had a mastectomy. One year later she was diagnosed with lung cancer. Six and a half years ago, her Stage 4 lung cancer spread to her brain.  She’s been through major treatments and I downplayed everything to my parents when I called them with my own breast cancer news. They wanted to come back for my surgery, but I said no, no, no, this was not that big a deal.

The call with my negative BRCA results came the day after the doctor told me the original frozen results weren’t right. I was so thrilled with the news and said, “Oh my god that’s awesome.” The doctor said she was glad to hear I was so excited, but didn’t really get it. I mean, why not? Who wouldn’t be excited?  She explained some people need to know they got breast cancer for a reason and people want answers. I believe this was a freak thing that happened to me. I feel fortunate.

Reconstruction is on my list to explore, but to be honest, I haven’t had time to do my research. Plus, I want to take a break from doctors’ offices and hospitals.  I don’t really wear tight shirts and this isn’t a pressing issue. Right now I’m focused on a new house, new baby, and a new job.

Professionally, my company does insurance for professional athletes and major entertainment events. In my business it’s all about analytics. Numbers never lie. It was 200 days from diagnosis to my last radiation.  Life is coming full circle. My daughter Hannah was born two years after my breast cancer diagnosis. Knowing I’m BRCA negative is one less thing to worry about as a dad. I’m very fortunate and my family has a lot to be thankful for.

I downplayed the entire experience, downplayed it really-really well. I never made my situation seem serious. It was this cancerous thing I was getting removed from my chest. I looked pretty normal except when I lost my hair from the chemo. Had it not been for losing my hair from the chemo, I would have been 100% under the radar.  I made everyone else comfortable because I was acting normal.  No one treated me any differently. I didn’t want to talk that much about it, because my experience was pretty good. I thought people didn’t want to hear my story. Go read about someone who’s really struggling.

Websites like the Male Breast Cancer Coalition didn’t’ really exist when I was first diagnosed. I would have been even more at ease if I’d read a story like this. My story can be positive. It could help newly diagnosed men to read a positive story.

Now as a Dana Farber SoulMate, I’ll be the male representative who will match up with other men facing a breast cancer diagnosis. I’m gonna be the guy other male breast cancer patients can connect with.  I hope my positive story will help others, just like the man who helped me.