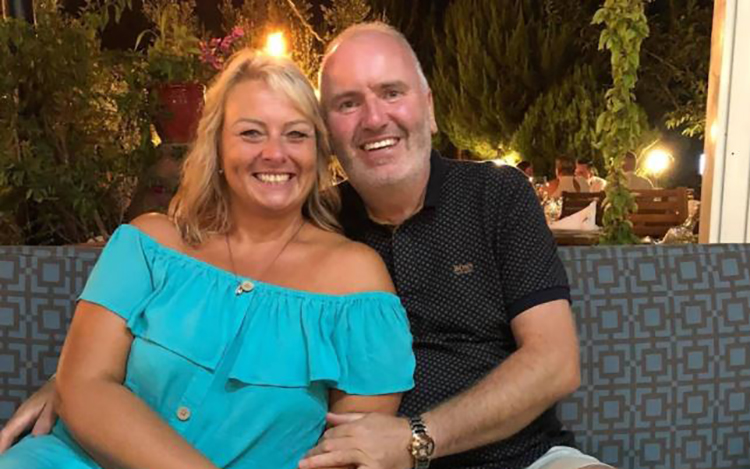 It all started about November 2016, Steve had noticed that his right nipple had become inverted. I knew that this was a sign of breast cancer, but Steve said he would leave it a few weeks to see if it righted itself. It didn’t, so we went to see our GP who referred him to the hospital for a mammogram. Following tests, the Consultant confirmed that he had got breast cancer and would need to have a mastectomy, possibly followed by other treatment depending on what they found during the surgery. This was a massive shock to him, as it is not very often you hear of a man getting breast cancer.

When we started telling people so many responded with, “I didn’t think men could get breast cancer”.  Steve was admitted to hospital and had his mastectomy, and they also tested his lymph nodes to see if the cancer had spread. Luckily it hadn’t, so he didn’t need any other treatment other than annual mammograms.

While Steve was recovering from surgery, I decided to do a self-check on my breasts. I thought I could feel a lump, but was convinced I was being dramatic because of what Steve had just been through. I checked and checked over the course of a few days, I even got Steve to check for me, but we weren’t certain about what we were feeling, so thought it best to get it checked out at the GP. I was certain the GP would say it was nothing, however, he said he could feel a lump and thought it best to refer me to hospital to be on the safe side. I got an appointment a week later, and duly went for a mammogram. The nursing staff said I would have my mammogram and then would be brought back to see the Consultant straight away, unless there was cause for concern, in which case I would be taken straight for a biopsy. I had my mammogram and nothing was said to me other than, “we need you to go into the next room for a biopsy”, I couldn’t believe this was happening, it was so surreal.

I was told that I had a lump, and depending on the results of the biopsy, I would need surgery to remove it. The test came back positive on my birthday, in April 2017.  I was booked in for a lumpectomy within a few weeks. Neither of us could believe that we both had suffered with this  awful disease in such a short period of time.  Following my surgery, I was advised that the cancer had spread into my lymph nodes which resulted in another operation to remove them all. Once this was over, I went back to see the consultant (who is also Steve’s consultant). I had never wanted chemotherapy, but at this point I was begging to have it. The consultant advised that I would have chemo and also radiotherapy, and the treatments would go on until January 2018.

During my treatment we were put in touch with a reporter who wanted to write our story. This then escalated to our story being in a magazine, the newspaper, television news, and radio station interview. I had to wait during my chemotherapy for my ‘good week’ to do any of this, but we both agreed that it was doing something positive by spreading the word about in particular men’s breast cancer. It kept us going through difficult times knowing we were doing something useful.

My treatment finished in January 2018, at which point we decided, after being together 20 years, that we would get married, which we did on 2nd November 2018.  We felt blessed to be alive to be able to celebrate our lives together.

We are now three years on, we both take tamoxifen and have annual checks. So far so good. We try to live our lives to the full as we never know what is around the corner. 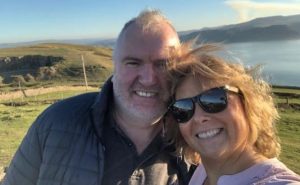 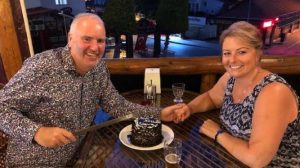