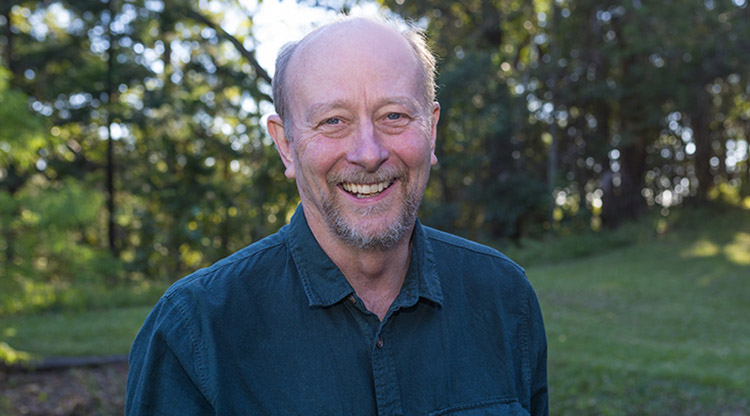 “I’m sorry to say, but you have breast cancer.” When I heard that diagnosis from my family doctor in March 2015, I was not overly surprised. Ten years earlier a mammogram of lumps in my left breast proved negative, and after feeling lumps again, I’d convinced my doctor to order an ultrasound. Just after viewing the monitor of the scan, the technician ominously left the room. A biopsy was scheduled and I was subsequently deemed to have Invasive Ductal Carcinoma with dermal lymphatic invasion, Stage IIIB, Grade 2, ER+/PR+, HER2-. These statistics I used to thoroughly investigate my condition and survival chances as I busily searched the Internet for any information on my disease, and particularly in relation to males.

Because the breast became inflamed, the surgeon decided that she would send me to the oncologist, to start neo-adjuvant treatment, where chemo precedes surgery. The first thing the oncologist said to me was, “Do you have a family history?” My answer was “yes”.

When I was about 10, I caught sight of my mother coming out of the shower. Where her breast should have been, was nothing except purple skin and scar tissue. Over 50 years later, that image is still burned into my brain. Treatment in those days consisted of a very radical mastectomy and intense radiation – very mutilating and rarely effective. Only a couple of years after this, Mum was admitted to hospital, likely with metastasis, where she died, aged 41.

The oncologist was keen to get my chemotherapy started immediately. Chemo lasted 18 weeks, and was one day each three weeks. There were three lots of FEC (Fluorouracil, Ellence, and Cytoxan) and three of Docetaxol. I have to say, that chemo went very well for me and I tolerated the drugs without the various dreaded side effects. I understand that modern anti-nausea drugs have helped people cope and I felt grateful for that. I consciously decided to keep doing my work as though nothing was happening. While hair loss and a “chemo look” were the most obvious outward signs, inwardly I felt strong. I was determined to get the treatment behind me, and during this time I was well supported by my partner, Julie, and by a great network from the various cancer organizations.

The Surgery that followed was extensive, since 2/23 lymph nodes were tumorous, all those under my arm were removed along with the breast tissue. I was lucky to have a very skillful surgeon, and she was amused when I asked if there was any reconstruction? While it is possible to rebuild a facsimile of a guy’s breast, she explained, the lack of extra material makes it harder and actually inhibits the surgeon who really has to work hard to round up the affected tissue, since cancer often travels further in male breasts.

Following chemo, I started 25 radiation treatments, five a week for five weeks. Again, this was more of an inconvenience than a bad experience, and I understood that this treatment was “insurance” in that it was aimed at rounding up cancer cells in my skin and in the chest wall.

Now, aged 66, and well settled on the recommended Tamoxifen regimen, fortunately with none of the listed side effects, I’m optimistic about my future. I feel that I have been lucky to have had such excellent treatment in my rural area without having to travel to a major center. Interestingly, all the doctors treating me were women, and I found this very reassuring. I’ve also discovered some great websites on male breast cancer (SEE LINKS ON RIGHT), and while guys don’t talk about medical issues as intimately as women, there is plenty of chatter out there.

After genetic testing, I was found to have a variation of the BRCA1 gene, which is, as yet, unmapped. With breast cancer in my family history, I have made my siblings, kids and other relatives breast aware, so that they know to screen themselves regularly. While I didn’t want to worry people unnecessarily, I didn’t want to underplay the threat to them either. My daughter, who is 42, is in a breast screening program, although she hasn’t had a gene test.

After treatment, I was invited by Cancer Council Queensland to become a Cancer Connect volunteer to help other men come to terms with their diagnosis and treatment. I attended a two-day training seminar in my nearest city, Brisbane, and have, to date, telephone counselled two men who requested support from a guy who had been through the medical system as a breast cancer patient.

Following a biopsy, the urologist diagnosed a medium-grade cancer with a Gleason score of 7 and an expected stage T2 to 3. I’ve recently undergone a successful robotic prostatectomy with clear margins and negative lymph nodes and no further treatment is necessary.

And, while it took me seven months to get clear of breast cancer, it took only seven days to get to this state with prostate cancer. Living with two cancers is a bit of a worry, although I have less concern about prostate cancer than breast cancer. In any case, life for me is great and I live life to the fullest

Some Blue on the Pink Please

Men with breast cancer have a lesser chance of survival than women, primarily because they are diagnosed later, since they and their health practitioners are not recognizing symptoms of the disease early enough. Consequently, their prognosis is not as good as that for women. Also, new information is also coming out about breast cancer in men actually being different than in women. Unfortunately, there is the lack of male-specific clinical research and trials due to the small cohort of patients. Because treatment for men is based on that for women, there will only be more research when better treatment data from males is collated and analyzed.

Because it is important to raise awareness of one of the most prevalent cancers in women, pink has been chosen to denote the disease. But is this not reinforcing the common perception that males don’t get breast cancer? My MBCC friend Rob Fincher and I have created the Male Breast Cancer manifesto.

So, when the ubiquitous pink ribbons and associated merchandise rolls out each October for breast cancer awareness, let’s consider including a small patch of blue.