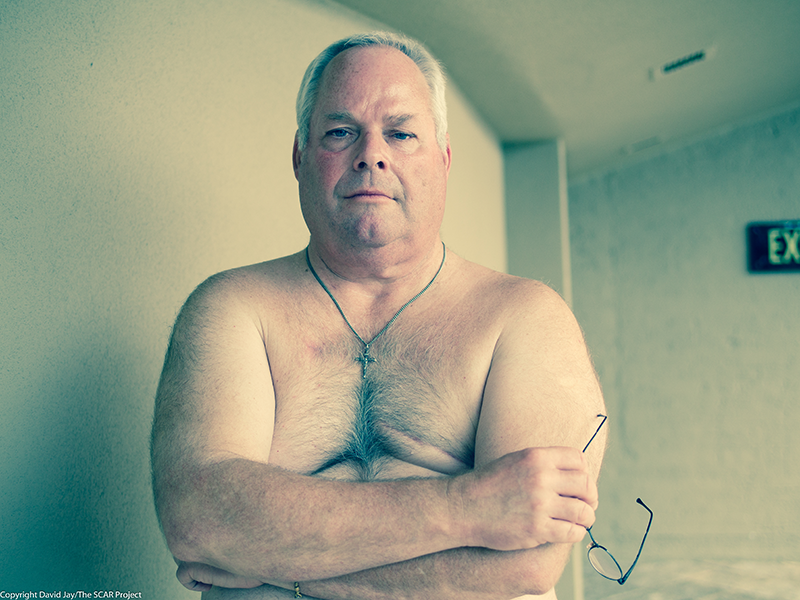 In 2003 my younger sister had her thyroid removed after a thyroid cancer diagnosis. Another sister also had thyroid trouble in 2010, and thankfully she did not have cancer. So in early 2011 when I had erratic weight gains and some dry skin, I asked my doctor for an ultrasound of my own thyroid. My ultrasound and subsequent biopsy showed cancer in the thyroid.

My thyroid was removed in May of 2011at MD Anderson Cancer Center and I have not had any problems since. I did not have to do any chemo or radiation after the surgery. There were ultrasounds and body scans for a year.

In June of 2012, I noticed a hardness next to the nipple of my left breast.  A week or so later, I felt a lump in the breast and contacted MD Anderson once again. A mammogram and ultrasound were followed by a biopsy, and breast cancer was confirmed. I had a mastectomy of my left breast in August.

Then came 16 chemo treatments, 12 weekly treatments with Taxol and four treatments every three weeks with three different types of chemo being fed in one after the other. I finished the treatments in February 2013.

Given my family history and now my breast cancer diagnosis, I saw a genealogist who took a blood sample and sent it off to a lab in Salt Lake City to test my BRCA genes. It came back that my BRCA 2 gene was mutated, which left me vulnerable to the breast cancer and put me at higher risks for other cancers as well.  Now I had to notify my family.

Both of my parents died in the 1990’s, but I still had to tell my 10 brothers and sisters.  All my siblings were tested and five have the mutated gene, including three sisters. As a result of the BRCA information, all three have had their ovaries removed and two of the three have had double mastectomies with reconstruction. With the BRCA2 mutation, we are more at risk for melanoma and pancreatic cancer as well as prostate for my brothers and me. One of my sisters, a nurse, attended a conference where the BRCA gene was discussed and she learned throat cancer might be a risk as well. We’re still waiting for more information.

Presently, I’m 59 years old and doing great. I’ve been on Tamoxifen for three years now, with two more to go, and see the oncologist every six months. I also have annual visits with ultrasounds and blood work for my thyroid cancer. I have not had any recurrence of cancer in my other breast or any other area of my body. I want to make more people aware of breast cancer and want everyone getting checked on a routine basis.