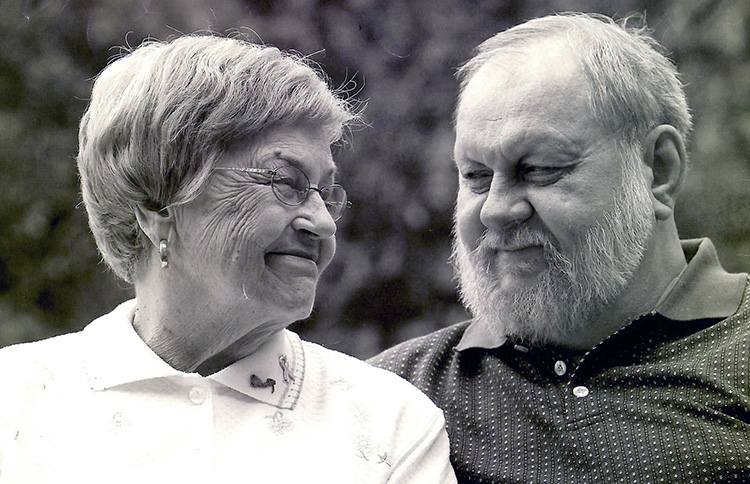 My mother was diagnosed with breast cancer in April of 1999 and subsequently went through a mastectomy, chemo and radiation.  By September of that year, she had beaten it and was cancer free.  From being with my mother through all of this I was certainly aware of the possible cancer risks men might face, but never gave breast cancer a thought.

I was washing one day and found a lump under my right nipple.  At first I thought it might just be a cyst.  I was due for my work physical about two weeks later and figured I would mention it then.  As a postal worker I was fortunate enough to have yearly physicals and really good insurance coverage.

At the end of my physical I showed the doctor my lump.  She measured it, said it was probably a cyst and would measure it again at my next physical in 10 to 11 months.  That particular day I was also supposed to have blood work done, but since I hadn’t fasted we postponed the tests for another week.

When I went back for the blood work done, the doctor said she had changed her mind and decided she wanted to take another look at the lump.  The very same day I had a biopsy.  While doing the procedure, the surgeon was telling me of the statistics for breast cancer and how 99.9% of the cases are found in women and that she was pretty sure this was just a cyst. She froze the nipple and took the lump out.  It was about the size of my thumbnail.  I will never forget the look on the surgeon’s face.  I could see right away she didn’t particularly care for what she saw.  She said, “I can’t tell you for sure just by looking at it,” and she put a rush on my sample.  This was on a Wednesday and two days later I got the call. She told me I had breast cancer.

Surgery was scheduled for a week and half later.  On January 2, I had a mastectomy and was sent home the following day. Four days later I returned to work. I felt ok, my co-workers knew what I had been through, and I wanted to get back to my life as I knew it.  The only thing I did differently was I stopped working the overtime and cut back to a 40 hour week.

The surgeon had removed 13 lymph nodes, eight of which were cancerous.  My mom had 11 out of 13. If I had I waited 10 months or so the cancer would have gone through my entire system.

I started chemo right away. I went once every three weeks for six sessions on Friday afternoons, so I wouldn’t lose any time from work.  Then came 33 sessions of radiation, Monday thru Friday, which weren’t too bad either. Well, until the last few sessions when my chest got red and my skin was brittle. All this prevented me from playing golf unfortunately, but all in all I came through everything fairly well.  I was also put on Tamoxifen for five years.

My partner of 40 years and my sister were a great support system for me. I continue to go to my medical doctor every three to four months and my oncologist once a year.

Recently I had a minor setback this summer when I was diagnosed with prostate cancer.  I had four hormone shots and went through 44 radiation treatments.

None of my doctors have discussed genetic testing with me at this point. At my next check up I plan on asking about maybe doing the test.

I’m almost 72 years old now and I’ve been told I am cancer free.  Looking back I did have symptoms that at the time I just shrugged off.  I had been very tired, but I was working a lot. I also had soreness in my right knee and right ankle, but again was thinking it was just due to the sports I had been playing all my life and figured it was arthritis.  So when I had my physical, I never mentioned any of this to the doctor as it didn’t seem to be important.  Had I told her, she might have thought differently at first. As it turned out, she made the right decision for me anyway.