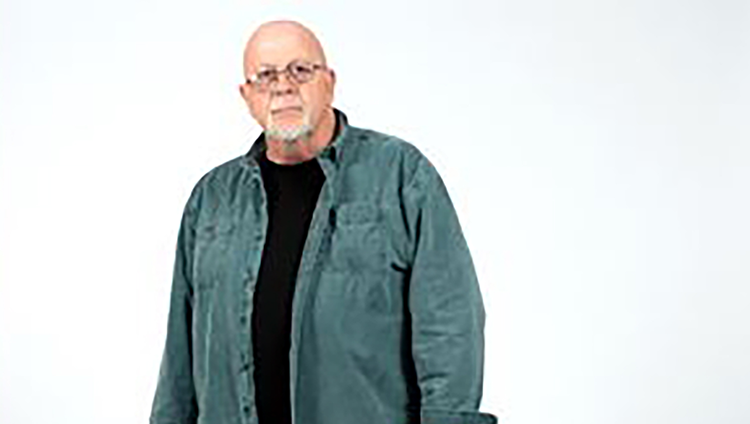 I’ve learned to be a more positive person and only surround myself with positive people.  That’s one lesson I learned the hard way.

At 19 years old I joined the Ottawa Police Service in 1969, eager to save the world. It was about 3 AM one October morning in 1992 when my world started to crumble around me while patrolling Centretown. I was driving around the streets looking for a large tree to drive into to end my life. I had never experienced this strange feeling before, but I felt it a few times again after that morning. I also felt a sudden, deep depression. I called my sergeant who came to me in what seemed like seconds.  He followed very closely behind me while we drove to the station. I changed out of my uniform, went home and never returned to police work again.

As an Ottawa Police officer for 25 years I faced many life-threatening situations throughout my career.  I had dealt with those the best way I could.  They had come and gone, leaving their scars, and after many years in battle I became severely disabled with Post Traumatic Stress Disorder.  With help, I had learned to manage it.

Three to four years into my journey of recovery I finally accepted the reality that I would never return to police work. Once I accepted that fact, I slowly started to heal and was on my way to a better quality of life. But I still had a long way to go. With help, I learned to manage PTSD. I had come out of the darkness, but it was a number of years before I felt safe and comfortable, and started going out to malls, stores, restaurants and other public places.

I thought I had my life under control when I became involved in another traumatic event.  I was diagnosed with breast cancer. In having learned to handle PTSD symptoms, it helped me get through two breast cancer surgeries, hospitalization, and chemotherapy and radiation treatments over a period of fourteen months.

While I had come out of the darkness, I entered an even darker and stranger world of phantoms, deadly cells that played a dreadful game of hide-and-seek with the body. Unlike dealing with criminals on the streets, I was not sure how I was going to deal with this deadly, elusive disease.

I felt I was handed a death sentence when my doctor informed me the small lump in my chest was cancer. Men don’t get breast cancer, women do. At least that’s what I thought until I was told that I had that dreaded disease on the 14th of July 2011, a date I will never forget as long as I live.

One evening in early May of 2011, as I was watching TV with my wife Cathy, I was scratching an itch on my left breast, just above the nipple.  I felt a small lump. It felt odd, but I really wasn’t too concerned. But at the insistence of Cathy, I contacted my doctor the next morning.

The doctor examined the area, told me it was probably nothing, but I would have to go for some tests. She told me that only about 1% of breast cancer cases are men —with that, I told myself I was going to be OK; I was certain I would be in the 99% category.

Over the next few weeks I underwent an ultrasound, a mammogram and a biopsy.  The results had shown the tumour was malignant (an Infiltrating Ductal Carcinoma). Never, beginning at that moment, had I felt so frightened. I was numb. That is the only word I can think of to describe how I felt about being told I had breast cancer.

As a male, so traditionally guarded with my feelings, I looked desperately around the examining room, wondering what to do with the waves of panic and weakness that swept over me.  I was alone, I felt, alone in not knowing anyone, any female, let alone any male who had breast cancer. As I struggled to keep a grip on these feelings, my doctor told me she was going to refer me to the Women’s Breast Health Centre at the Civic Hospital.

On September 1, I had a complete mastectomy and sentinel lymph node removal.  Then came another struggle, the stress of waiting. After two seemingly endless weeks, I was told even more news that I wanted to shout away, that the cancer had gone into the sentinel lymph node. This meant I had to have another operation, called an Axillary Lymph Node Dissection.

The surgeon removed approximately 20 lymph nodes. Two of the nodes had been completely affected, but one only had a microscopic trace of the cancer. The prognosis was good. I was referred to the cancer centre for treatment.

My loving wife Cathy, from the very beginning has been a wonderful, strong support. She has attended every appointment with me, every test that I had to take and both surgeries. She has given me strength to carry on.

I have also been blessed with the support of women who have had breast cancer and are survivors, as well as women who are now fighting the disease and are going through treatment and support from friends and from strangers. Additional support has come from the wonderful staff at the Women’s Breast Health Centre at the Civic Campus of the Ottawa Hospital.  I am also in a breast cancer support group at the Health Centre. There are eight to 10 women in the group–and me, the only male. I was concerned about being accepted in the group but my fears were unfounded as I was accepted from the first meeting.

How much did I concern myself about a distant, life threatening disease like breast cancer?  I was never concerned, as I did not know I could fall prey to this horrible disease. I contributed when asked to breast cancer research and awareness drives, and thought nothing of doing self-exams.  “Only one percent,” I recall the doctor reassuring me.  Yet, I was that one percent.  I thought, “Where is the public awareness for men about breast cancer?”

For me, the one percent has become a large statistic.  Not only do I have a greater appreciation for breast cancer as a whole for both sexes, I now find myself thinking of the simple steps we can take to prevent so many “small statistics” from doing us harm.  Education – greater public awareness of course, is the key, whether it is on the importance of self-breast exams, regular checkups, or maintaining healthy lifestyles.

My wife is the love of my life and she has been my greatest supporter.  Without her support and love, I would never have survived.

I still have PTSD today but I have learned to deal with the darkness of the disease when it raises its ugly head. My stage 4 breast cancer has metastasized to my bones and liver. I have good days and bad days and I’ve learned to see the positive and the value of each new day.  You can too.