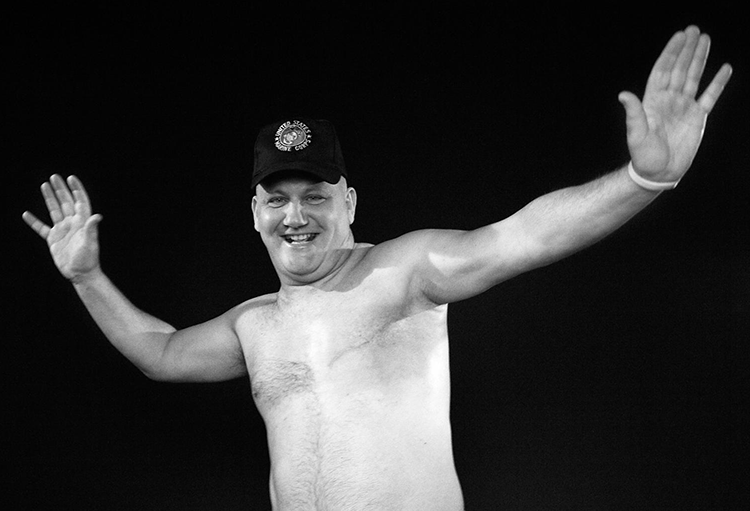 I first met Peter Devereaux at the Complementary and Alternative Cancer Therapies Conference (CAM) in 2011. As a veteran and spouse of a retired member and mother of two children raised base-to-base, Peter’s story of environmental-hazard ran deep. How could there be such disregard in the face of human suffering? That question mindfully echoed; as I listened to Peter tell his story to breast cancer survivors and advocates, there at CAM in West Palm Beach Florida. His story pierced a core belief of mine and generations of other service members: The military takes care of their own … we had ascribed to it, heart and mind.

For Peter Devereaux, having a plan of attack was familiar territory. He knew well how to prepare for hazardous duty, navigate obstacles, and overcome despite odds. The tireless advocate, long-distance runner, champion Golden Glove boxer, and U.S. Marine was accustomed to giving his all.

Then, at age 45, out of uniform and removed from the war-zone, Peter Devereaux abruptly entered the fight of his life. After discovering a lump he believed was fatty tissue, he submitted to a mammogram and ultrasound followed by a core biopsy. The results came over the phone. He had to stop the doctor midway through delivery. “Wait this is Peter Devereaux.” Surely the doctor must have him confused with another patient. “Breast cancer is a woman’s disease,” or so Peter thought until that day. In fact, more than 2,000 men are afflicted with the disease annually. The lifetime breast cancer risk for a man is estimated at 1 in 1000, compared to 1 in 8 for women.

No preparation. No training. No notice of assignment. Simply, “You have breast cancer.”

The former Marine was suddenly in the ranks of breast cancer survivors. January 11, 2008, Peter Devereaux entered a battle with stage 3B invasive ductal carcinoma. He sought more than one medical opinion, saying, “I needed some sort of hope. I needed some sort of chance. I wanted to know the stats even though some don’t.”

Peter underwent a left breast mastectomy with 22 cancerous lymph nodes removed. He endured 29 chemotherapy and 30 radiation appointments at the onset. By 2009, scans revealed it had spread to his hips, ribs, and spine. Again, he joined the ranks of a group he hadn’t signed up for – as a metastatic breast cancer survivor. Peter knew the odds but he just kept moving, despite ongoing treatment regimens. All before learning of the culprit for himself and 27 other Marines since diagnosed with breast cancer.

Statistical odds were not in the favor of those stationed at Camp Lejeune, North Carolina during a 30-year period of toxic neglect. Over a million gallons of chemicals from a dry-cleaning company, the Marine Corps own industrial waste practices and leaking fuel storage tanks had seeped into the water supply. It resulted in harm for 500,000 to 1 million people and amounted to as much as 3400 times that permitted by safety standards – an epic proportion of contaminants.

The incident led to an advocacy group called “The Few, The Proud, The Forgotten” to inform other possible victims, including families of those stationed at Camp Lejeune. Peter Devereaux named seven related cancers during our last radio conversation. My question resurfaced: How could there be such disregard in the face of human suffering?  Surely, thirty years of neglecting hazardous waste and related ailments warrant reason and restoration to every degree possible. The advocacy group encourages those afflicted to register and “help ensure the rights of the residents, Marine/Naval personnel, dependent family members and civilians who resided in military housing and were exposed to volatile organic compounds in drinking water of their homes from 1957 until 1987.”

Peter Devereaux became a national spokesperson for male breast cancer awareness, afflicted service members and their families. He fought for himself and his family; he fought for others; he fought for medical coverage and benefits; he fought for veterans – they shouldn’t have to fight alone.

He raised his hand to volunteer, again and again.

Peter’s strong mindset, sense of humor and remarkable attitude were in plain sight for NBC News, The Saturday Evening Post, congressional hearings, documentary films, and more. Testifying with his fellow Marines before Congress in 2012 served as a catalyst. President Barak Obama signed the Janey Ensminger Act into law, guaranteeing health care to Marines and their family members afflicted with certain cancers and diseases due to residing at Camp Lejeune during the period of toxic neglect.  The act is named after the daughter of retired Master Sgt. Jerry Ensminger, a former drill instructor at Lejeune. It is believed that his 9-year-old daughter, Jane Ensminger, died of leukemia caused by the contaminated water. Yet, many are still waiting for the promised benefits.

Peter judiciously noted, “Cancer’s not an individual sport, it’s a team sport,” giving thanks to the home-front. “All my friends, all my family, we all have it. It’s not just me.” While the average life expectancy is 2 to 3 years, he lived 6 miraculous years with that incurable cancer. In August 2014, at the age of 52, Peter Devereaux succumbed to the fight, leaving behind his devoted wife Fiona Maguire and daughter Jackie, along with faithful family and friends.

Closing our last radio interview, Peter provided timeless insight. “I wish I could say it comes from strength and power and all these masculine things, but it doesn’t. It comes from love. I tell people I’m one of the richest people I know.  I have a wife I love and she loves me, and my daughter who’s having a birthday soon. We have so much friends and family.  We have so much love and good energy around. Besides cancer, I have a great life. Even with cancer I have a pretty good life.” He took the spotlight to expose the core of the battle, and in the process, his legacy made its way into hearts across America.

Peter Devereaux remains among the few, the proud, never to be forgotten.

Maryann Makekau is an author and inspirational speaker. She is also a military veteran and the founder of Hope Matters — dedicated to magnifying hope in hurting lives.