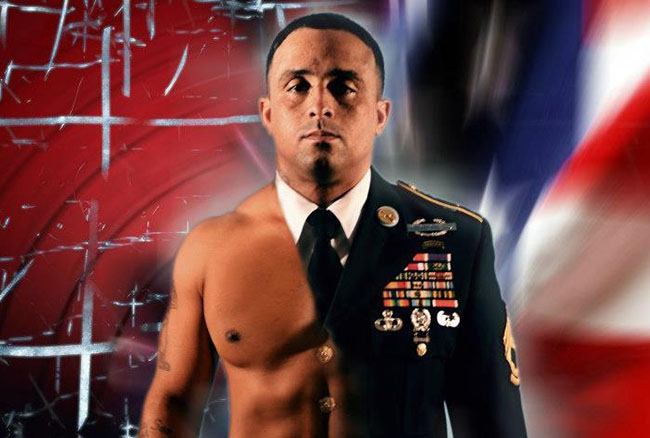 Hello my name is N’Kosi Campbell and I am 35 years old. I am a 15 year US Army
Ranger and veteran. I have always led a very healthy lifestyle. I never smoked or drank
and have always been an active person, ◊ so when I noticed a hard lump in my chest I
really didn’t pay it any mind.

When I was in the military and growing up playing sports I was always told to “suck it
up, pain is just weakness leaving your body.” So that’s exactly what I did. I ignored it for
months and months. It wasn’t until a friend of mine could tell I was in physical pain that I
finally went to get it checked out. Even then she pretty much had to force me to go.
When I did finally get to the doctor it got really weird really quick. After all the basic
questions, the doctor started to examine my chest, or should I say “breast” which again
is weird to me, because I never had a breast exam. The doctor had some concerns, so
he referred my to another clinic for a later date. When I did get to the referred office
imagine my surprise when I discovered it was a breast examination facility.

I walked into the office, went up to the receptionist and quietly told her, “I’m here for my
appointment.” She gave me a look as if to say “yeah right I think you’re in the wrong
office.” When she called my name, sure enough I was in the right place. This is when all
the fun stuff started. They started to give me tests that completely caught me off guard,
primarily because all the tests were associated with women (IE breast exam,
mammogram, and breast biopsy ◊). Then after several days of tests I was told I had Breast Cancer!!!

I was completely taken aback by the news. How could a healthy male get breast
cancer? I did have a ton of questions but I didn’t ask any. I was so embarrassed by it
all. I didn’t even tell my parents, family or friends. Only about four people knew. I didn’t
even tell my parents about it until I was already on my 2nd round of chemotherapy.
Looking back at it now I know there was nothing to be embarrassed about. But when
you have an athletic “Man’s man” get a “women’s disease” it’s pretty emasculating. I
know now it’s not a women’s disease. Cancer is a non bias, non gender oriented, non
racial disease. Cancer can affect everyone regardless of color, physical stature,
financial status, age or gender.◊

For the last two months I have been in remission. The chemo and lumpectomy were
quite an ordeal, but I never stopped working out or doing Crossfit. Even on the days
when I could barely get out of bed, on the days when I was puking so much, I spent
more time on the bathroom floor than in my bed. No matter what, Crossfit kept me sane.

It was my therapy. My family and the Crossfit Kernersville Family were extremely
supportive and they definitely helped me through this process.◊