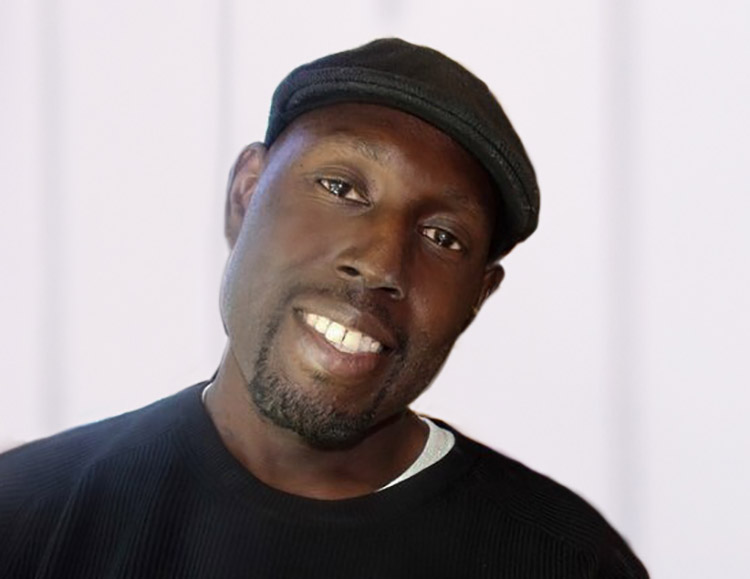 In the late summer/early fall of 2015, Mike noticed a dime-sized lump behind his left nipple while in the shower. He mentioned it to his wife a few months later and she urged him to have it checked out. Neither of them thought it was urgent and while he intended to schedule an appointment with his doctor, he procrastinated. It wasn’t until his nipple started inverting a bit that his wife became alarmed and scheduled an immediate appointment with his Primary Care Physician. His PCP was not alarmed and said that he was pretty sure it was a cyst, but wanted to be sure, so he sent Mike for a mammogram and ultrasound. When those tests didn’t look favorable, they decided to do a biopsy and determined that Mike, in fact, had breast cancer. That diagnosis date was December 29, 2015. He had a PET scan in early January, 2016, and it showed that Mike’s cancer had already spread to his lymph nodes and was Stage III. He was scheduled for a mastectomy January 22, 2016. They removed his entire left breast and 19 lymph nodes under his arm, 11 of which were cancerous. They said that he also had cancerous lymph nodes behind his sternum that couldn’t be removed with surgery. He was scheduled for radiation to treat the remaining lymph nodes.

Mike had a complicated medical history and was a heart transplant recipient. He had been diagnosed with viral cardiomyopathy when he was in his late 20s and received a successful heart transplant in August 2004, at the age of 35. Because he was on so many anti-rejection drugs for his heart transplant, and his immune system was already extremely suppressed, he was not a candidate for aggressive chemotherapy to treat his cancer. His cancer was hormone receptor positive, so he was given Tamoxifen to block the estrogen and try to keep the cancer from spreading. That medication, along with radiation, was believed to be his best defense against the cancer. He had some post-surgical complications following his mastectomy and developed a large seroma in the surgical site and had to continually have the fluid drained until it finally resolved. His radiation was delayed nearly 6 weeks while he was treated for the complications. He then successfully had 30 radiation treatments to his chest.

In November of 2016, Mike became ill with what seemed like the flu. He was incredibly weak and was rushed to the hospital where it was determined that he was in septic shock. He had a streptococcal infection in his blood that they believe had entered through his mastectomy site. He also had an infection in his heart, related to a pacemaker that had been implanted in March 2011, and had to undergo surgery to remove the device and the related infection. While undergoing treatment, he developed a large blood clot in his shoulder/arm and because of the previous mastectomy, was unable to properly drain the fluid that accumulated, so he developed lymphedema in his left arm. During the routine examinations there, a chest x-ray was ordered, and it appeared that he had some masses in his lungs. Unfortunately, his cancer had spread to his lungs and was now officially Stage IV. He narrowly escaped the battle with sepsis and was released from the hospital with a new medication to treat his growing cancer. Soon after, Mike started experiencing shortness of breath and x-rays revealed that he had fluid accumulating around his lungs. The battle to treat these pleural effusions was difficult and required weekly or bi-weekly draining in the hospital. The pleural fluid was tested and showed malignancy, so it was clear that his cancer was continuing to spread.

While Mike was weak and had difficulties breathing, he never lost his optimism and will to live. He was determined to live life to the fullest and make each day memorable. He fulfilled his wedding day promise to his wife to celebrate their 5th wedding anniversary in Paris and, though difficult, he managed to enjoy a 10 day trip between London and Paris in April 2017. In May of 2017, his oncologists delivered the news that with his advanced disease, there was no hope for a cure, but prescribed a low dose chemotherapy to try to keep the metastasis from spreading further. Mike completed another bucket list trip to Jamaica in late May, despite the jarring news. He had such zest for life and wanted to squeeze in as much as possible.

In December of 2017, a PET scan showed that Mike’s cancer had spread to his spine. He underwent another series of radiation treatments to try to minimize the growth of that tumor so that he could maintain his quality of life. He was using a wheelchair by this time, as he was weak and had issues with his lung capacity when walking any distance. He also began relying on oxygen regularly to aid him in his breathing, as the tumors in his lungs continued to grow and the pleural effusions were constant. Mike’s determination never wavered, and he celebrated the holidays with family and friends, ending the year with yet another trip – this time to San Diego, ringing in the new year.

By January of 2018, his cancer had spread to his brain, liver and other bones. He was having seizures and things were very challenging. He was offered a series of full brain radiation treatments to try to keep those tumors at bay and rid him of the seizures. The doctors advised that this was a one-time option and that it would likely buy a bit more time, but had some side effects and certainly wouldn’t cure him of his cancer. He wanted so desperately to have more time, so he agreed to the treatments. He was back and forth to the hospital daily for months from December to February, getting treatments in the hopes that he could have just a few more days/weeks/months to live and always hoping for a miracle. Mike developed pneumonia in February 2018 and was once again rushed to the hospital.  After a brief stay, and successful treatment with antibiotics, he was sent home to celebrate Valentine’s Day with his wife. In the following weeks, he was continuing to decline and was experiencing end stage renal failure. Mike decided to forego any further treatments and avoid any additional hospital stays and agreed to begin hospice on March 13, 2018. His doctors suggested that he likely had days to live.

Mike had experienced many miracles throughout his life. He had lived through some of the worst circumstances and defied the odds at every turn. His hospice experience was no different – after approximately 10 days on hospice, he began to rebound and regain his strength. He was able to leave the house multiple times and enjoy quality time out with his wife, family and friends over the next four weeks. He was determined to take his wife out for dinner to celebrate their 6th wedding anniversary – and he did just that. Two weeks later, Mike unfortunately succumbed to the unrelenting breast cancer. He passed away peacefully on May 14, 2018, just two days shy of his 49th birthday. He was such an example of living life to the fullest and never being defined by your circumstances.  His passion and optimism were infectious, and he impacted the lives of everyone who knew him. He was devastated by his cancer diagnosis and hoped that his story could help others become more aware of the prevalence of breast cancer in men. If Mike had known, he might have been more vigilant in getting the lump in his breast checked out by his doctor. The extra months that he waited could have been the difference in life or death for him – we will never know for sure. 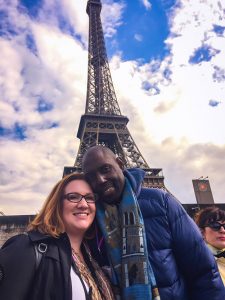 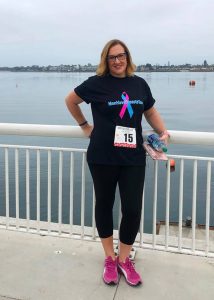 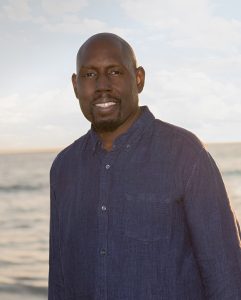