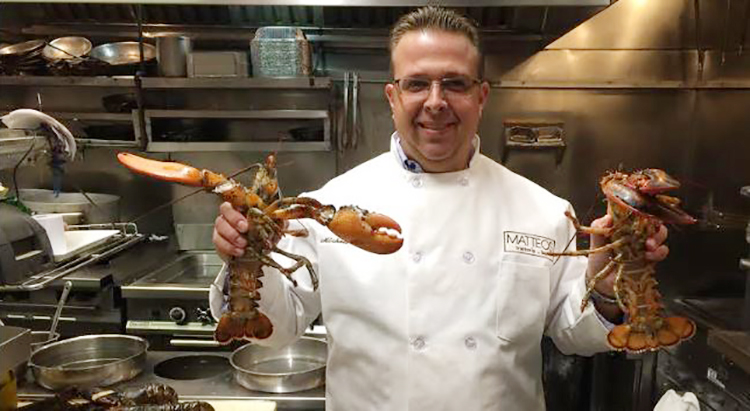 It all started on Monday, April 20, 2020, just another boring day at home quarantined with the coronavirus. I was on the phone with my best friend for over 30 years, who is also my doctor. We were just talking and catching up when I scratched myself and I felt a little lump about the size of a marble underneath my nipple and areola. I mentioned to my friend that I felt a little lump underneath my nipple. He asked me if it hurt. I said no. His response was, that’s not good! Later on that evening, when my wife came home, I asked her to feel it and she thought it was nothing to worry about. Based on my doctor friend’s recommendation, I went the very next day for a sonogram.

They called me back in for a mammogram also. I asked why, but they said don’t worry, these tests usually are done in conjunction with each other. At that moment I started to panic and I thought something was wrong. Once the results came back from both tests on the report, it read BRAD 5 highly suspicious for malignancy. My life changed, I could not believe, at the age of 46, that I had breast cancer. Just the word cancer is scary.

I was sent for a biopsy of the tumor which came back positive. At this point I was in disbelief, as was my wife. My wife and I spent hours going through doctors and calling people to find out what to do. Finally, I get in touch with Dr Pollak who is a breast cancer surgeon in Long Island, New York, where I live. Due to the coronavirus, he was not doing surgeries. We had numerous tele visits. I was sent for an MRI which showed an enlarged lymph node. Now I had to go back for another biopsy to see if it had spread to my lymph nodes. I was a nervous wreck and thought this is it, this is how my life ends at 46 years old.  When the biopsy results came back the second time, it tested negative for cancer in the lymph nodes. I had a bit of a relief. But this was far from over, and to make things worse when the radiologist spoke to my doctor, he said that I was HER2+.

I had no idea what that was. I thought all Breast Cancers were the same. I thought wrong! So, I find out the chances of a male getting breast cancer are 1 in 1000. The chances of a male being HER2+ are just 5%. And they also find out that these numbers generally coincide with people over the age of 60. I literally hit the breast cancer jackpot. Over the next week, I spent many hours speaking with numerous surgeons and oncologists. Out of six doctors, not one of them in their entire career had an HER2+ male patient. I spoke to an oncologist named Dr Roy who was fantastic. When I got to her office, she told me, to be honest with you I had to Google you before you came in. I’ve never had a HER2+ male patient. Dr Pollak told me the type of cancer I have is a blessing in disguise. This type of cancer is highly aggressive and needs to be addressed ASAP. However, with the new targeted therapy that they have this type of cancer responds very well.  Since my surgeon could not get me in due to the coronavirus, he recommended that I go to Sloan Kettering. I finally get an appointment with Sloan Kettering and had my surgery scheduled for May 22. At last I had some sense of relief knowing that I was going to have surgery and get this thing out of me. In the weeks leading up to my surgery, I was very nervous and had a lot of questions and did not know what to expect. I started going on the Internet and googling things, which I would not recommend. I found some people online that I reached out to. The first person was Andy Sealy. Andy has metastatic breast cancer, is a huge advocate, and even has her own podcast. She immediately welcomed me into her rack pack and we became friends very quickly. She was so supportive and got me in touch with so many people and really helped to put my mind at ease. She even sent me a mastectomy pillow. I had no idea what that was but let me tell you what a great concept. It gave me relief after my mastectomy. I use it in the car, to sleep with and watch TV.

Shortly after I met Andy, I also met Jim Keegan. Sloan Kettering reached out to Jim, got him in touch with me, and he has also been very supportive. Jim was also an HER2+ male. Jim got me in touch with some other people, as well the Male Breast Cancer Coalition. I met Cheri Ambrose and Bret Miller, the two founders of the Coalition. They were extremely supportive and sent me all sorts of goodies, but my favorite was the mastectomy shirt which I can’t imagine not having for the 3 1/2 weeks that I wore it. The shirt is soft, with Velcro in the front so it’s easy to open and it also has pockets inside to hold the drains after surgery. I literally burst into tears and was so happy for everybody’s support. It’s amazing and really a great feeling to know that there’s so many great people out there, people that I never knew or never knew me, and were there for me pretty much anytime I called or reached out.

Finally, on May 22, the day came where I had my surgery at Sloan Kettering. This was different than anybody’s surgery in the past because of the coronavirus. The hospital would not allow any visitors.  I had to have the surgery on my own with no family members.  My wife and son dropped me off at the hospital and I was in tears once again. I had my living will and health care proxy ready to go and once again thought this could be it.  Fortunately, I was at one of the best hospitals in the world! My surgeon Dr. El-Tamer was absolutely phenomenal and is considered an authority when it comes to breast cancer surgery. My Oncologist, Dr Tiffany Traina, is ranked in the top 20 best Oncologists in the world. Knowing I had such a professional and knowledgeable team that has dealt with patients like me in the past I felt much more relieved.

On May 23, I was released from the hospital. I can’t imagine the car ride home without a mastectomy pillow. It gave me relief as I put the seatbelt on me and avoided the pressure of the seatbelt pressing up against my chest. The first week I got home the outpouring of support was incredible! Fortunately, my next-door neighbors Abbey and Suizette are both nurses so they were at my house every day helping me out changing my drain etc. I had so many people come visit, including numerous members from the Nassau County Police Department and highway patrol. Of course, my entire family, near and far, were also there for me. After 3 1/2 weeks I had my drain removed and felt so much better.

I am currently recovering and will start chemotherapy soon. I will be on Taxol, once a week for three months, and Herceptin, once every three weeks for one year. Then I have to take tamoxifen to control my estrogen levels for 10 years. The good news is I am cancer free right now, or as they like to call it, no evidence of disease. But, I still have a long road ahead.

Over my four weeks of recovery, I could not believe how many people, of all ages and professions, had no idea that men can get breast cancer. I have vowed to advocate and try to educate and help others. Anything I can do to pay it forward I will! I tell everybody to feel their breasts!

The way I look at it is, if I even save just one person’s life from telling my story, it makes everything I am going through all worth it! I know that with the team of healthcare professionals I have, the loving support of my family and friends, and my positive attitude and strong will, I will have a long life ahead of me. I am so grateful for the Male Breast Cancer Coalition for everything they have done, and for advocating and trying to educate people. This can happen to men, as we have breasts too! And, it doesn’t matter your age, your race, your nationality, or how good of a shape you’re in.

Check your breasts periodically when you’re in the shower, it could mean the difference between life and death. Being proactive and catching breast cancer at an early stage makes all the difference! 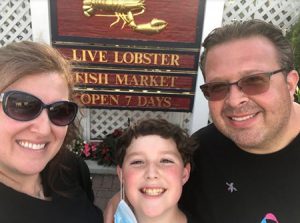