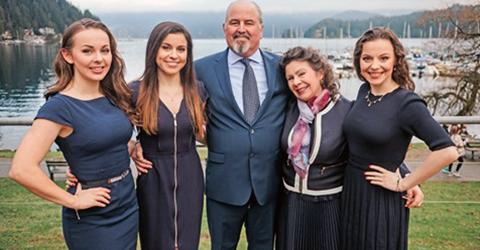 In July 2016, Michael was diagnosed with a very rare and extremely aggressive form of triple-positive male breast cancer. This came as a complete shock to all of us as Michael had always been so healthy with no real family history of cancer. He received the diagnosis by phone while driving across the country to the place he loves most, his cabin, and had to quickly return. With the help of his great surgeon, oncologist and naturopath, Michael had a mastectomy, completed rounds of chemotherapy, and had a number of radiation treatments, all of which were supported by naturopathic additions. After all of this he was then put on a hormonal treatment for what was to be the next five years. During this time, our parents sought extensively for more information and researched this very rare form of male breast cancer, nearly all available treatments were based on women.

During follow up, his outcome looked very promising and our family rejoiced. He was basically given a “clean bill of health” in 2018. Still, our parents continued to research, pay for naturopathic treatments, scans and embraced healthy organic living. Michael stepped back from his career and directed his energy into the pursuit of healing while doing some fundraising for various cancer causes.

During the month of March, 2020, our world changed. While still on a 6-month follow-up, and just as things were being shut down for Covid-19 reasons, Michael developed intense back pain. At first, we thought it was sciatica and pursued talking to family doctors and trying virtual physio. As the pain rapidly escalated to unbearable, our mom took Michael to the emergency department where he was admitted. After multiple scans over a few days, we were told that he had Stage IV Metastatic Breast Cancer, which had spread to his spine, lungs, liver and lymph nodes; essentially taking over his entire body. This was absolutely devastating news.

Michael was treated through the palliative program for his pain and began aggressive chemotherapy which made him very ill. It was an exhausting spring, physically and emotionally, but our family remained hopeful. His chemo plan was changed to another treatment protocol which was hoped would be successful. A PET scan in September, 2020 showed the disease had spread further. He was put on the next line of chemotherapy and underwent another round of radiation on his spine. This was a difficult time for our family, but we remained determined to do everything possible to change the outcome of this metastatic cancer diagnosis. By November, Michael had some reprieve from the pain and he continued with naturopathic treatments to help heal while undergoing chemo every three weeks. In December, a new PET scan showed some improvements and our family was very grateful and encouraged.

In January 2021, his cancer markers and pain started to increase again, and his oncologist was concerned that his aggressive cancer had mutated again and was becoming resistant to this third round of chemotherapy. In February, he underwent more scans that showed aggressive spread of his cancer. Currently, he has started a new protocol for chemotherapy and was able to receive partial funding for compassionate reasons. Michael’s doctors are exhausting all treatment options available in Canada and is looking for more advanced treatment in other countries. 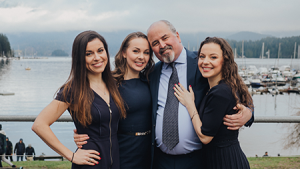 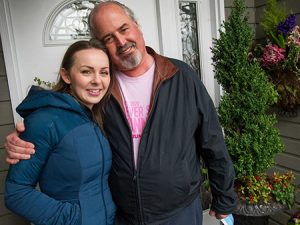 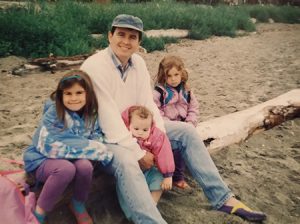 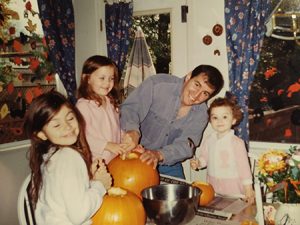