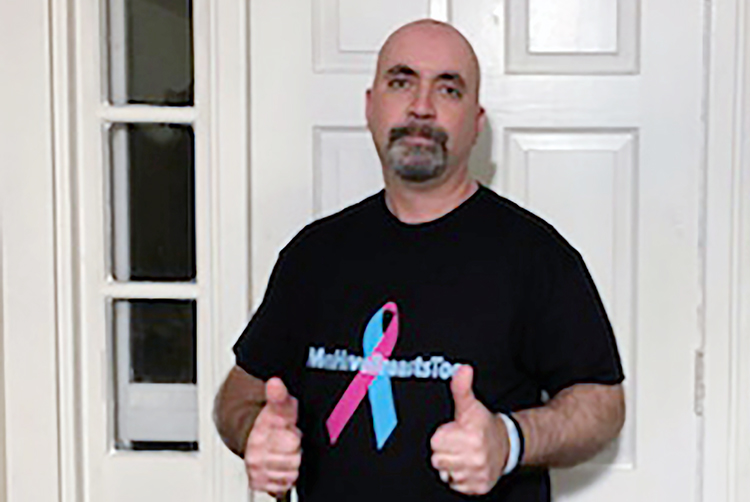 So, it was in July, 2016, I had just joined a gym two weeks prior, thanks to my wife’s teasing (the woman loves to workout) so I caved and started going. One evening after the gym, I was taking a shower and noticed what felt like a lump the size of a penny. It was hard like marble, so I showed it to my wife who told me I should make a doctor’s appointment. Although I was ready to write it off as a cyst, I took her advice.

I’m happy I did because she saved my life. A trip to the doctor turned into an ultrasound and then a biopsy. A few days later I’m sitting in the basement drinking a cup of coffee and i got the phone call. My doctor told me it was carcinoma and he scheduled an appointment to meet with the oncologist and radiologist to discuss surgery.  I could not believe it, male breast cancer. I’ve been through some crazy things in my life, but you could have knocked me over with a feather.

Within a week I was having surgery. My surgeon, God bless her, was getting ready to leave for vacation, but postponed it on the chance we caught it early. That, plus I kept saying I was going to take a bottle of Ouzo and a steak knife and remove it myself if they didn’t operate soon! One surgery later I’m at home missing one nipple but recovering from surgery and watching daytime television.

I was lucky and blessed that it was caught Stage 1, but the downside was it was a very aggressive tumor so they wanted me to do three months of chemo. I’m not going to lie, the thought of doing chemo terrified me, but in the end I caved in, because I did not want that garbage to come back. For three months I walked around looking like Gollum from Lord of the Rings and suffering from aches, pains and exhaustion. I couldn’t totally complain, because I dodged the nausea bullet.

It’s been four years and I’m still here. I’m still taking my Tamoxifen and trying to stay healthy. I have a whole new appreciation for life, and enjoy the time I spend with my wife and daughter, and the trips we take for vacations. I’ve even started drawing again. I stopped for a few years but cancer lit a fire under my ass. I’ve met a lot of wonderful people who either had cancer, are currently fighting it, or have family members with it. To those people I say God bless you and give you the strength to overcome this. You fight and you keep fighting because you owe it to yourself and the ones you love! 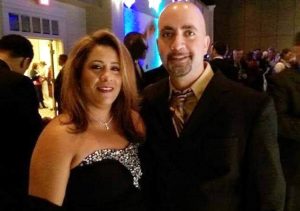 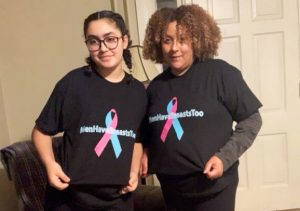