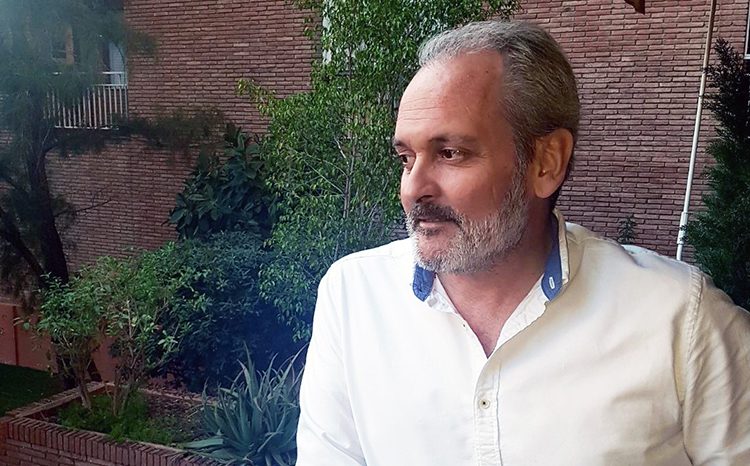 I´m a patient with Male Breast Cancer (Stage IV), which has spread to my bones. Currently 46-years-old, I’m married and we have three children.

In August 2017, I noticed a lump on my right chest and I did not think it important. I thought it would go away with time, but it got bigger and so I started searching the Internet. I soon learned that a man could get breast cancer, but it was unlikely, and the average age was over 63. In fact, the most normal diagnosis was lumps of fat.

In January 2018, a rib hurt a lot and a primary care doctor came to visit me. The pain in this rib seemed like a contracture, but he noticed my nipple because it was inverted, and the lump was large. He told me again that there were men with breast cancer and that I should visit a specialist as soon as possible.

The specialist that my wife came up with was a well-known Gynecologist, as they are the experts in breasts. When we called him. he made us go immediately for a consultation. He told me it was a malignant tumor, started ordering for all the tests, and referred me to an oncology service.

My world fell apart. I was unaware of the existence of breast cancer in men, and nobody around me had heard of it. In all the tests they did on me, biopsies, mammography, ultrasound, and scans, most of the people in the waiting rooms were women. There you start to feel small and invisible.

The diagnosis was confirmed in February, stage IV male breast cancer, I went through many sessions of Chemotherapy, three Interventions (Cervical, Lumbar and Sacral), Radiotherapy, and Hormone Therapy. Nothing worked, the cancer was progressing.

The Oncologist who was treating me, luckily found me a new drug, approved by the EU, that worked on women with stage I breast cancer, who hadn’t received other therapies. The drug worked. In May 2018, the control test reflected the remission of the disease, and the tumor, measuring 5 cm, was absent, while the bone lesions were not visible either.

With all this complicated treatment, and various emotions, my life changed, and I now wanted to raise community awareness for more effective prevention, early detection, and wanted to connect with other patients to support them to receive adequate and effective treatments. This is why I founded the first Male Breast Cancer Association in Spain, INVI, whose mission is to make the invisible visible. 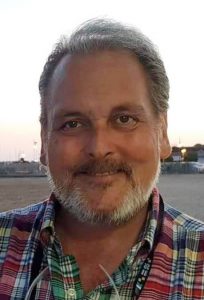 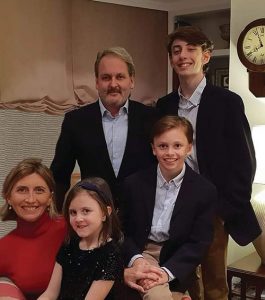