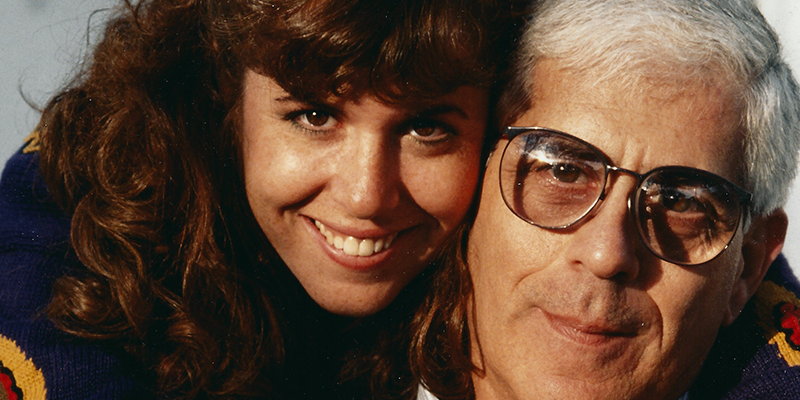 It was December, 1988, I had just graduated UMKC.  I was working at the Kansas City Zoo as the Public Relations and Special Events Director when at 26 years of age, I was diagnosed with Stage 2 breast cancer.  I didn’t know it, but my prognosis wasn’t a good one.   I had a radical mastectomy followed by four grueling months of chemotherapy.

A few years after my diagnosis, my father was received the same diagnosis of breast cancer.  Now, we had three generations with the same diagnosis.  When we sat down to do the family tree, it was rampant on my father’s side of my family.  My father was the first male in our family to have breast cancer.   From what I have learned, male breast cancer is much more aggressive.  Right before his five year cancer free anniversary, we were shocked to learn it had spread to his liver, spine, and brain.

I’ll never forget it.  The three of us, my father, my grandmother, and I had just modeled in an American Cancer Society fundraiser together.  Three generations of survivors.   My father had stopped off at his store on 18th and Oak.  He was walking down the sidewalk when he suddenly collapsed and was unconscious.  There was a wonderful couple that saw him fall and stopped to help him.  He was rushed to the hospital where they discovered the cancer had spread throughout his body.   He tried everything.  He finally succumbed to the disease within two years.

R.I.P. Dec. 1990,  I miss him and think of him every day.   As for me, I just celebrated my 25th cancer-free anniversary!  I have two beautiful, healthy children.  I have so much to be thankful for…