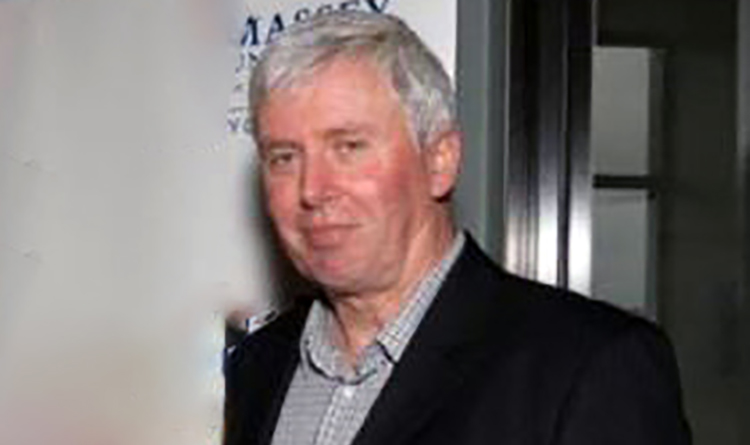 There was a not uncommon response when Leigh Horton began telling people he had breast cancer.

They thought he was talking about his wife, Tracy.

“When we started telling people, a number of them would say, ‘Has Tracy got breast cancer?’,” the Taranaki accountant said of the weeks after he was diagnosed with breast cancer in May last year.

The reaction was understandable – around 25 Kiwi men a year are diagnosed with breast cancer, compared to more than 3300 women – and breast cancer had been “absolutely” the last thing on the then 58-year-old’s radar too.

“I don’t imagine it crosses any male’s mind.”

Fortunately, he took early action after thinking his left breast looked different, and then feeling a lump while showering.

After seeing his GP, Horton received a mammogram, scan and biopsy, and was diagnosed with the most common type of breast cancer, invasive ductal carcinoma, with a 2.1-centimetre grade 3 tumour.

“I reacted with disbelief. In the back of my mind I thought it could be breast cancer, but it all happened so quickly so I didn’t have much of a chance to think too much about it.

Horton is now in remission, but must take the drug tamoxifen, which blocks oestrogen – the hormone which can make some breast cancers grow – for five years.

The dad of two, who lives in the rural hamlet of Tarurutangi, 15 kilometres outside New Plymouth, is sharing his story to encourage other men to be aware of the risk, and get checked if they suspect something’s not right.

“Research has shown men don’t like going to the doctor about anything, so if you have something which isn’t a mainstream [health] problem for men it’s even less likely. But if they want to survive they have to stand up and do it.

Treatment and recovery had at times been tough, with pain, fatigue and other unpleasant side effects, and he was still only back at work part-time.

“One of hardest things for me has been fighting the fatigue and all of the issues that go with that. Prior to having cancer, I could have 10 different tabs open on my computer open and know exactly what was happening in every tab.

“But now dealing with just one tab is a challenge. It’s been really difficult managing the loss of concentration, and I have memory problems now too.”

But the bad days now were better than they were six months ago, and he was feeling positive about the future, Horton said.

“If I continue to feel the improvement I’ve felt over the last couple of months, there’s no reason why I can’t go on to live a good life.”

Breast cancer in men was the same disease that affects women, and the diagnosis, treatment and survival rates for both sexes were similar, Breast Cancer Foundation NZ chief executive Evangelia Henderson said.

Twenty-five men would be told they have breast cancer this year, with most aged over 50.

“Leigh’s story is a unique one, but it’s important for men to know that they can get breast cancer too … breast cancer usually doesn’t come to mind when men notice a change in their breasts, which can delay diagnosis.”

She encouraged all men to learn the signs of breast cancer, and to report a lump or nipple change to their GP.

“Survival chances are greatly improved when cancer is found early. Men should also be aware of the risk factors, which include getting older and having a strong family history of breast or ovarian cancer.” 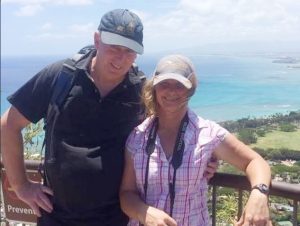