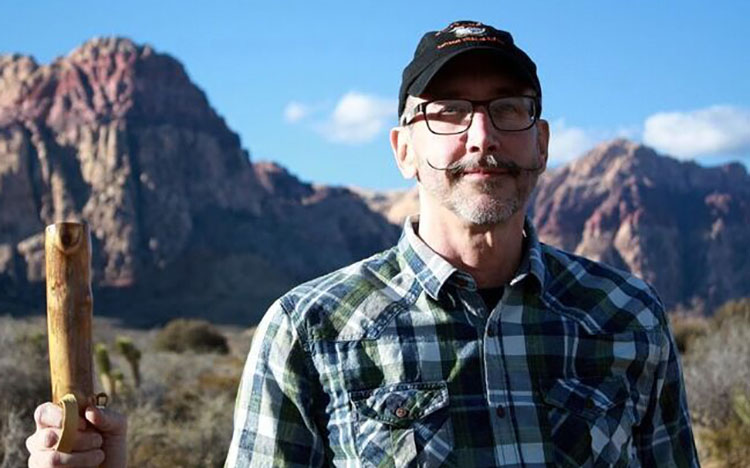 In January 2015, I noticed some skin changes (an inverted nipple and an appearance of what seemed to be hives) and a lump on my right breast all of which prompted me to go to the doctor to get checked out. Upon examining the area, almost immediately, the doctor believed I had breast cancer and scheduled an MRI. I know it’s a cliché to say everything changes in an instant, but sometimes everything does.

Within a few days, I met with an oncologist, general surgeon and was scheduled for a biopsy, a PET scan (to determine full extent of cancer) and a MUGA scan (to ensure my heart was strong enough for impending chemo). All the doctors were certain it was advanced breast cancer, so everything was set up quickly for the biopsy and chemo in advance of the PET scan results.

After my first chemotherapy treatment at the end of January, the same afternoon, I received the official diagnosis of Stage 4 breast cancer with metastasis to the bone and various lymph nodes. A mastectomy was not part of my personalized, targeted treatment plan, due to how the cancer had already spread beyond the breast.

There were some things I already knew could be possible side effects of chemo, like losing my hair. Other things were a surprise, like fingernail issues and changes in the way food tasted. Not to mention the sometimes overwhelming fatigue. But I forged my way through chemo successfully.

My mother died of breast cancer in the 1990s, but genetic testing has not been suggested. I would consider it, but would need to learn more about it.

Outside of the cancer, I was very healthy and practiced a healthy lifestyle through nutrition and exercise. I ate organic vegetables and fruit and avoided processed foods and sugar. Exercise is supposed to improve fatigue, so I continued to exercise when I could, even if it was only a short walk outside. After all, exercise adds up. The nutrition and exercise helped me stay in reasonably good health during the five months of chemo.

At the time of my diagnosis and through the first five months of chemo and radiation, I continued to work full time as a business continuity specialist for a large bank. Business continuity includes planning for and responding to events that can effect day-to-day operations, for example earthquakes and hurricanes, so that business operations continue with as few impacts to customers and employees as possible.

After chemo, I underwent 7.5 weeks of radiation therapy. Radiation therapy is done five days a week, so I had a total of 38 radiation treatments. As with chemo, I knew a little about radiation, but there were still surprises. The treatments themselves were very easy to do every day, but eventually the side effects caught up with me and I once again experienced fatigue, along with a sunburn effect.  The chemo and radiation were successful and I was transitioned to Tamoxifen.

In October I was put on a new chemotherapy plan after my PET scan showed a small amount of cancer in one of my lungs.  This treatment will continue for an indefinite period, but this time I’ve been able to keep my hair, my beard and my Salvador Dali moustache! I continue working on my nutrition and exercise, but now I’m on a short-term medical leave from work.

Through meditation and qigong, which is similar to tai chi, I work on reducing my stress levels. I even go a couple of times a month for acupuncture, which helps with fatigue and stress. Nutrition, exercise, meditation, qigong, and acupuncture all greatly help me remain positive through it all, and positivity is a key factor in quality of life.

I also highly recommend support groups. My support group is a general one for all cancers, and it’s a valuable resource for information. Plus, it provides camaraderie through difficult times.

Like most people, I have my down times and my desperate times.  But I always do my best to focus on the positives. I plan on being around a long time, but in the meantime, I take each day as it comes, focusing on the good things in life as much as I can.

Cancer is now part of my life every day and part of my thoughts every day. It’s hard to escape. I try to enjoy each moment when I can, whether it’s a relaxing cup of green tea, an energizing double espresso, a fun movie, a walk outside in nature, or a good time with family and friends.