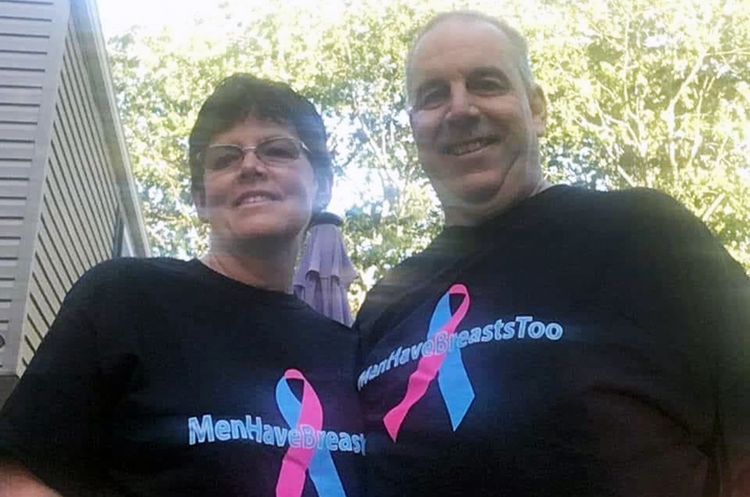 I had found a lump around my left nipple back around 2015.  Since I was still playing a lot of football, I figured it was just a deep bruise.  Men are told to check low, not high.

In April 2016 Bonnie forced me to get a biopsy.  It came back as Stage II Invasive Ductal Carcinoma, or in layman’s terms Breast Cancer.

Me losing a breast is no big deal, so we had Surgery on May 16 I was 50 1/2 at first diagnosis did Chemo for 6 months Everything appeared that I had beat it!

Bonnie found a lump on self-examination – confirmed by mammo in Dec 18, began chemo 1st in Feb 19.  I had also picked up a persistent cough.

While Bonnie was doing her chemo, the oncologist had me do a CT – and it was confirmed that my cancer had returned as metastatic breast cancer stage IV.

Bonnie had chemo until May, and then had surgery in June as a lumpectomy.

She is currently cancer free!

I am now fighting never ending battle of Chemotherapy, trying to stay ahead of my cancer.   Between the oral chemo, and now the IV chemo, coupled with Thoracentesis and paracentesis I am exhausted. 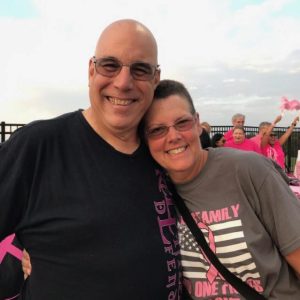 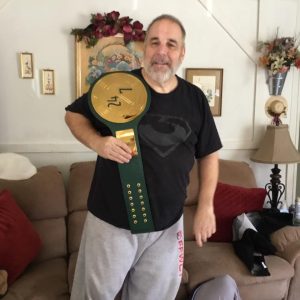 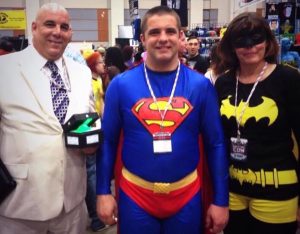