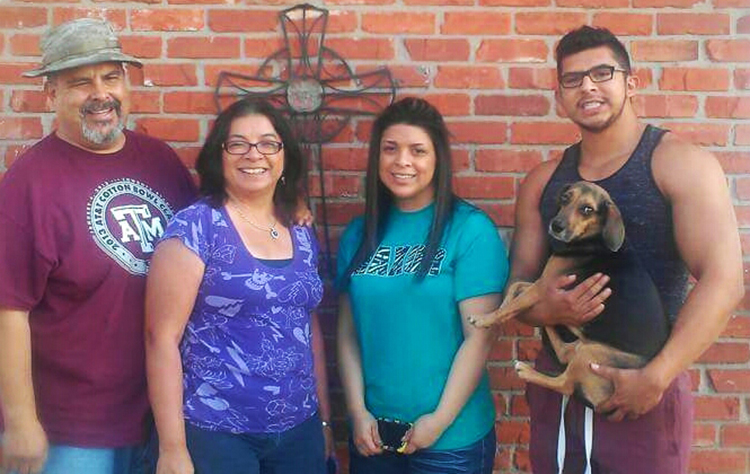 In June 2015, I was with my wife, Denise, on a getaway trip to the Northwest coast.  We were out of town for about 10 days and enjoying ourselves with an itinerary that was quite involved from day-to-day.  One morning, we arose to begin our day and check out more of the various tourist attractions.  I had just finished showering and looked at myself in the hotel room mirror.  I am used to my larger than average physique and have always had “man boobs.”  I also had felt various lumps and bumps throughout my life, and thought little of any type of excess dense tissue that I had mostly associated as being simply fat.

On this particular day, I took a second look at the nipple of my right breast.  I wanted to make sure it was not my imagination since from what I could see; it appeared my nipple was noticeably inverted.  I called out to Denise to get her opinion as to whether or not there was a difference between each of my nipples.  She barely looked at them and let me know right away she could tell I definitely had an inverted nipple.  She recommended I have it checked out once we got home from our vacation.

No other changes or issues were apparent once we were home. Time slipped away very quickly, partially because of a hectic time at work. For more than 19 years, I have worked at the Pantex plant in Amarillo Texas. The plant is the final assembly and disassembly point for all nuclear weapons. We had a strike in September and I was involved with trying to resolve some plant issues. We had many meetings, so before I knew it, September was almost over already.

I was fortunate to still have my insurance and made an appointment with my family doctor to be seen in November 2015 for blood work and to discuss my nipple issue. Once I finally got in to talk with the doctor, there was very little discussion.  She immediately recommended a mammogram and scheduled me the following week.  My wife had her own regularly scheduled mammogram earlier that year and informed me that she had been very pleased with the 3D mammography available in town.

People looked at me strangely in the waiting room as I stood up and walked towards the office door when my name was called for the mammogram.  I was guided into the dressing room, and once I was having the test, I was pleased by the warm environment that made me feel comfortable and at ease despite the large mammography machine. I was instructed on how to stand and position my body for the first breast screening of my life.

Due to areas of concern found during the screening, I was called in a few days later for a biopsy, on December 15th, 2015.  My wife and daughter were taking my grandson to see Santa Claus that evening and I did not feel it necessary for anyone to have to accompany me to the follow-up appointment.  Though we were both very nonchalant about what we seemed to be pretending was a typical doctor’s visit, I believe we both knew deep down that our normal everyday way of life was about make a dramatic change.  After I waited a few minutes for the results, the doctor finally entered and seemed to be overcome with sadness and emotion as she told me that I have cancer.  I remained surprisingly calm as I listened to the news in this now surreal environment.

My wife asked me to call her, but instead I sent her a phone text with a sad face emoticon.  I knew she understood and we both instinctively acknowledged that we would discuss it later that evening.

Now that I had my official diagnosis, I was scheduled to meet with the oncologist and given names of the team of doctors consisting of the oncologist, radiation doctor, and the surgeon that would be working with me, as well as a support team.

Once I met with the oncologist, I was given a choice of two options.  My breast cancer was classified as Stage 2B since I was told there was some spreading to the lymph nodes.  After thinking it through, I chose the more aggressive therapies of the two options given to me. This would consist of chemotherapy, surgery, and radiation therapy.  I was scheduled for a chemo class shortly after that as well as an appointment to have my port installed.  It seemed to be a prolonged delay to get started, and I felt like we were not all working fast enough to commence this new treatment schedule.  I was finally in to have my port installed on January 19th, 2016.  I wanted to avoid any further delays, so my first chemotherapy was the very next morning. Though I could imagine what to expect, I was surprised to be simply guided to a chair and given various medications intravenously as I just sat there calmly among a room full of other people receiving treatment.  At one point during the chemo, the nurse had me chewing on crushed ice. Apparently, chewing ice would help prevent bleeding mouth sores from developing after the Doxorubicin (or “Red Devil” as it is sometimes called due to its high toxicity) was slow-pushed into my port. She also said she had to be very careful not to spill any of this drug directly onto my skin since this could cause severe burns.  All of this, I thought, as this medicine is slowly moving through my veins and through my heart.  Nevertheless, I did not dwell on this too long, and simply joked it away and talked to the other patients as this was a helpful way for me to cope with my own situation. Being more of an extrovert than most, it was natural for me to talk to others about their own experiences.  I found that helping them was one of the main things that helped me overcome my own mental challenges.

I had 16 weeks of chemotherapy.  My white cells dropped after the first week and I had to start taking Neulasta shots to help my counts improve.  After two weeks I had not lost my hair like I had always heard people say would happen, until one morning (Day 15), while on my way to work following my second chemo visit, I was barely pulling on my beard.  When I looked down at my shirt, I saw a lot of my beard had just shed in that instant.  When I was at work that day, I tugged at the hair on my head.  Much to my surprise, there was zero resistance and I had a small handful of hair.  That evening, I went to the barbershop and asked the barber to shave it all off since there was no sense in continuing to lose my hair everywhere.

The surgery went well and the doctor explained the original cancerous lymph node still had cellular cancer and the three other lymph nodes showed clear. He suggested a full lymphectomy, which I declined, figuring one bad and three clear were enough for me to gather the odds were in my favor.

The breast lump itself had shrunk considerably after the chemotherapy, and the surgeon was also pleased and satisfied with the removal of the lump and surrounding area.

Radiation therapy began in August 2016.  I had 37 daily treatments and quickly started to feel the after effects, which to me felt like a really bad sunburn initially.  Soon my skin became much more sensitive on whichever areas were receiving treatment. Even a normal T-shirt was painful to walk around in and I created a way to fold a bandana scarf in such a way to prevent the constant rubbing of fabric against my increasingly tender and irritated skin.  I found different recommended lotions, as well as straight aloe vera provided some relief.  It seemed like the radiation therapy sessions ended at the point that I could barely stand any more treatments – like they definitely know just how much a person can tolerate.

I began taking the drug Tamoxifen, which I will need to continue on for at least five years.  Fortunately, no side effects so far.

My most recent appointment was on February 3rd of this year.  My oncologist actually said the “R” word – Remission.  That was definitely a great word for me to hear.  I was reminded I needed to lose weight.  With some knee issues and lingering fatigue, it is difficult to get back into an exercise regimen.  I mostly try to remain active and have recently started doing more around the house and walking a little more. I am hoping to get back into the gym and start working out a little bit to help get my weight down and hopefully reduce the daily fatigue.

We have no family history of breast cancer.  My father had prostate cancer 10+ years ago and was treated successfully with radiation therapy.  I have one sister and two brothers, one of which had prostate cancer. I went through genetic testing and it was determined that my breast cancer was negative for BRCA1 and BRCA2 meaning no known genetic mutation. This was good news, because I have 2 adult children – one son (aged 29) & one daughter (aged 26).

Thank you for welcoming me to the Male Breast Cancer Coalition.