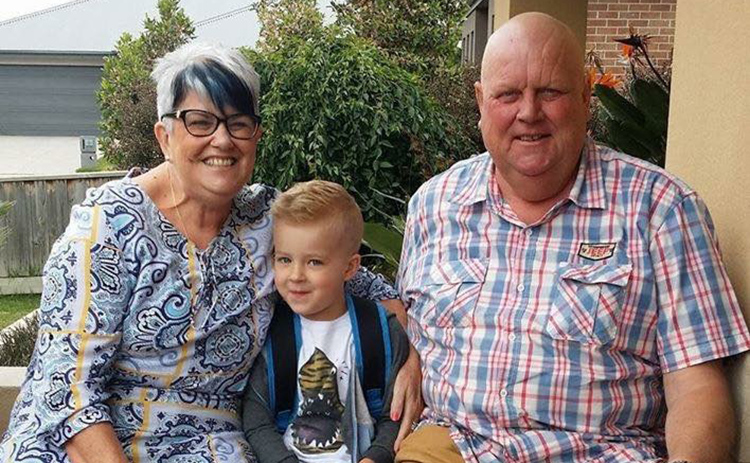 My amazing husband Ken battled male breast cancer for nine years and it finally took him from me on 29th of June last year at the age of 64. I’m a so lost without him, as we were together for 47 years. I just wish there was more research done on men with breast cancer.

Ken was diagnosed with breast cancer in 2007. His right nipple was discharging and within two weeks of seeing a surgeon he had a total mastectomy. Thankfully, the cancer hadn’t spread into the lymph nodes. He was given Tamoxifen and four rounds of chemotherapy.

Eighteen months later, after a routine CAT scan, we were told Ken’s cancer had metastasized. There was cancer in his right lung and part of his lower lobe was removed. Once again they gave him the all clear and no chemotherapy was needed.

Then in February 2016, Ken had a constant pain in his shoulder. His oncologist arranged for a CT scan. They found a spot on his right rib and he underwent 30 zaps of radiation. After the radiation he had another scan, and when we went back to the oncologist, we were told he had 10 more spots on his liver and two spots in his lungs. He immediately started oral chemo tablets, but unfortunately they didn’t work. The cancer had spread to his liver and there was a spot in each lung. He had a port inserted into his chest and was given chemo every other week on Thursdays. The oncologist said the cancer was stabilized, so we prayed it had.  We were lucky enough to go on our first cruise at the end of October 2015 for two weeks, which was just wonderful.

In February last year getting spots on his ribs and had six weeks of radiation every day. Then we found out the cancer spread with 25 spots on his liver and two spots in each lung. He was on oxygen from May until he passed away and was in palliative care for two days.

Genetic testing was done on Ken to see if he carried a BRCA mutation, but the oncologist said it was inconclusive. This was not an answer and left us confused, but they just fobbed us off. We wanted an answer as we have three adult children. Our son Matthew and two daughters Karleigh and Simone have not had genetic testing. We also have10 grandchildren.

Ken was working full time for the Victoria Police as an Assets Disposal Manager. He bowled every Saturday until the end of the season, which was in mid December. His team even won the finals. He was so tired, but he wouldn’t let the team down. He worked right up until a couple of weeks before he passed away.

I just wish there was more awareness of male breast cancer here in Australia. The male ribbon is pink and blue and I have one tattooed on my left wrist to show support for not only my husband but for all male breast cancer sufferers and survivors.