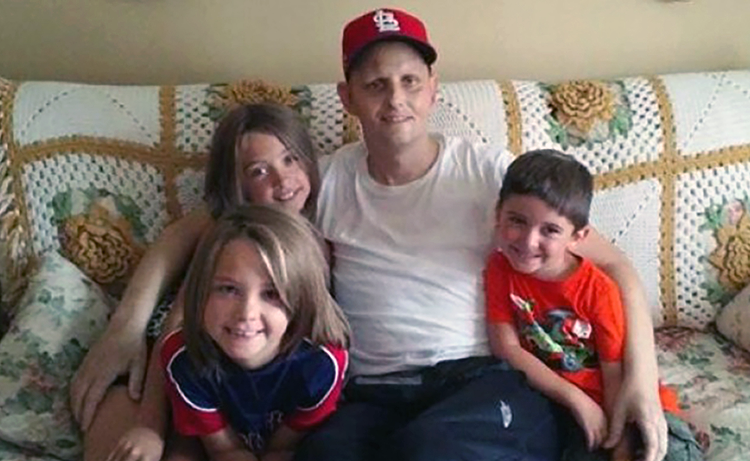 Josh was 24 when he found a lump in his breast in 2005.  The doctor told him he would remove the lump and was 99.9% certain it was just tissue.  Well, he got a call from the doctor’s office the lump was actually cancer.  Yes, they told him over the phone.  His left breast was removed and Josh was told the cancer had not spread anywhere else.

We were in a panic. I remember the family all gathering together for a meeting.  Guys get breast cancer? And at 24-years-old? We were in shock.

About four years later, Josh started having difficulty breathing. The cancer was in his lymph nodes now.  The oncologist we saw gave Josh six months to live. We were set on getting another opinion and called Cancer Treatment Centers of America. Next thing we knew Josh and my mom were flying to Oklahoma for a treatment plan.  Josh went through numerous chemo and radiation treatments, and then was told, “There is nothing more we can do.”

Well Josh would have none of that. He felt there had to be more that could be done.  He found an oncologist here in St. Louis who was willing to do more treatment.  Meanwhile the cancer had spread to his lungs, spine, and hip.

In 10 years, Josh has been through 104 rounds of chemo and over 50 radiation treatments.

I am PROUD to be his sister. He is a fighter, always has been always will be. Ten years later here we are.  Josh is in hospice and has surpassed every single prognosis he’s been given, including how much time he would have left under hospice care. Josh was given only weeks to live, and that was in July!

Josh has four children ages 5-15, three girls and one boy.  After the three girls were born, Josh and his wife Cherie were told the chance of them conceiving again was slim to none due to all the treatments he had been through. Well my brother showed them again.  Cherie was pregnant and with a BOY! Josh Jr. is our family’s little miracle baby.

We, his family, will NEVER say Josh lost his battle with cancer, because he has never stopped fighting, he amazes us daily. Unfortunately we are headed downhill and even though we know how this story ends it’s still surreal that soon we will be without him.