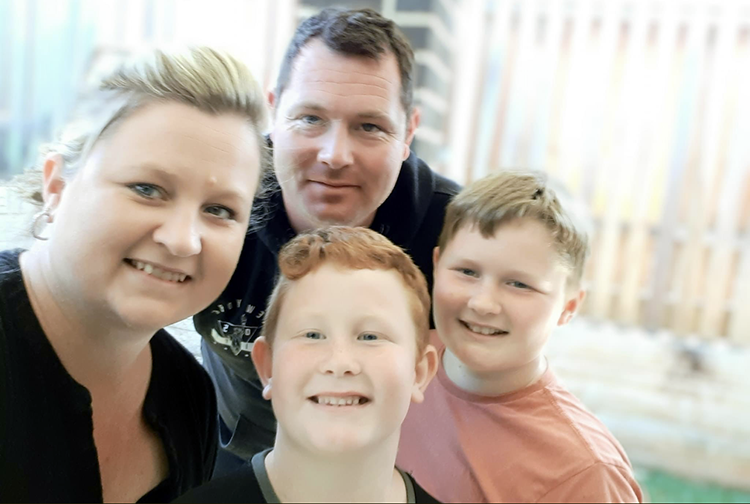 I am a Correctional Officer from Port Macquarie in New South Wales, Australia. and was diagnosed, aged 34, with Stage II IDC in 2020. I have no family history of cancer, and genetic testing has found no genetic variations.

I noticed a change in my nipple, which became inverted, so I went to the doctors and he told me it was a change in my body, nothing to be worried about. I wasn’t aware that men could get breast cancer, but as time went by the nipple became sore and tender, so I went back to my doctor only to be told, once again, that it is nothing to be concerned about. Two weeks later it became red and itchy, so I went to the local emergency department. The male nurse said, we are sending you in for a mammogram and a biopsy straight away. That day was a blur, as one of the breast cancer surgeons was in emergency, came to have a look, and said that it definitely looks like breast cancer. So, after a long two weeks of waiting, I was diagnosed with breast cancer

On the 22 December, I underwent a left-side mastectomy. Five weeks later, 17 lymph nodes under my arm were removed, as the cancer had spread to them. I began the long five-month journey of chemotherapy. Radiation will follow the chemotherapy.

The surgeon is pleased he removed all of the tumor and nodes affected, and said I should make a great recovery. My wife and kids have been amazing all through this ordeal, and I couldn’t have done this without them.