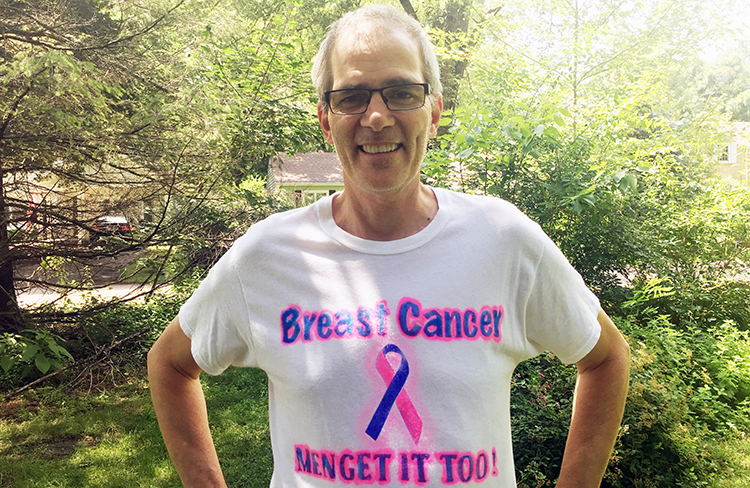 My breast cancer story began about six years ago, when I was 54 years old. I noticed my left breast had swelled, as it was noticeably larger than my right one. My doctor referred me to an oncologist, who gave me an examination, followed by a biopsy. They placed a staple at the biopsy site in case they had to go back in. The result was negative.

A year passed and I discovered a small lump, so I went back to the doctor and he stated he was very concerned and referred me back to the oncologist. I had another biopsy and waited for the test results. The results came in, and after work one day my wife sat me down to tell me the news.

Somehow, from the beginning of this process, I never was scared, or even  worried. I was sure whatever would happen, I would power through it.

I had a series of other tests including a mammogram. Yes, men can get those too. I was scheduled for surgery and had a complete mastectomy. The tumor was locked in place and did not move. It was completely removed and, fortunately, no lymph nodes were removed. I required no chemotherapy and no medication. I was cancer free, and never thought about it. I looked at it as a surgery and I was done.

The story took another turn one year later, when my cancer returned. After the mastectomy, the absence of my left breast caused me to be very conscious of that part of my body. I would examine it quite frequently. I found another lump, so I went back to the doctor and had another biopsy. I had cancer again, it had come back. When the doctor told me it was invasive, I was thunderstruck. Another surgery and it was removed. Again, I caught it so early that no lymph nodes were removed.

When I was diagnosed the first time around I called my work and told them I had breast cancer. I worked at the county jail for 22 ½ years, and I was nearing my retirement at this point with only a few more years to work. I told my boss to tell my co-workers what I had and that I would be back. I wanted everyone to know so they wouldn’t wonder about me. I wanted my co-workers to know I would be fine.

When it came back the second time I began to think differently. The first time around I didn’t want to wear the banner. I didn’t want to have cancer ribbons on my car, or wear a cancer sucks t-shirt. I didn’t battle cancer like others have, and I didn’t go through wrenching chemotherapy. As a result, I just looked at the whole process as a surgery. But I realized the second time around that I am a cancer survivor, I am someone who had cancer and it is in remission.

I have a Facebook page and I decided I would go on my page and tell my friends that my cancer returned. I let everyone know that I would be fine and I would be back. I let everyone know that if they wanted to ask me about my cancer they should and that I would not bore the heck out of them. I also said that if they did not want to ask it was okay. I wanted people to know that I was the same person I always was and not to be uncomfortable about it.

After the surgery I had 30 radiation treatments. I also had a pet scan and it showed no cancer anywhere. I now take Tamoxifen on a 5-year regimen.

What I learned through all of this is that the most important thing about a cancer diagnosis is to remain positive. Talk about your diagnosis with family and friends, and connect with the support groups out there. Another important point is to let everyone know that it’s ok to talk about your cancer and make others comfortable about your diagnosis. People care about you and they need to know you will be okay. I lost a friend and co-worker to cancer. His diagnosis was terminal, and I felt that funny about going to visit him. Don’t let yourself feel that way.

The uniqueness of my cancer diagnosis is the fact that I caught it early. Men need to check themselves. Don’t wait if something is not right. Anything, a lump, pain, coughing, any symptom out of the ordinary, get it checked out. Keep your sense of humor and do all you can to remain positive. Surround yourself with friends and family and the journey will be easier. 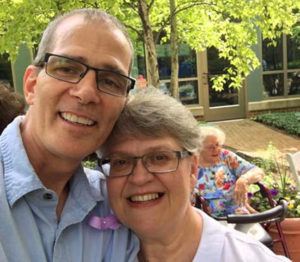