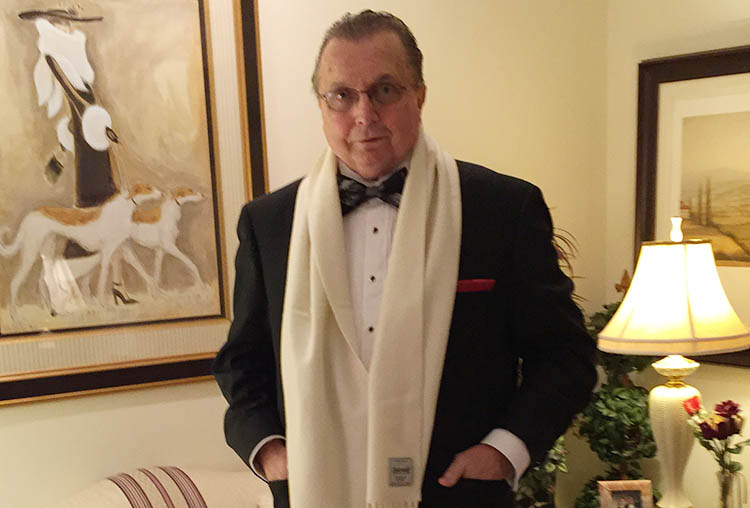 At 17-years-old I was a city kid with aspirations of grandeur. That was then.

Why did I become a Marine? Why not? First to fight. Never leave anyone behind. Honor and loyalty to each other. We are a cult. I served my country all over the world. I was at Camp Lejeune in North Carolina for three years.

When I found a lump on my right breast in 2009, I was 68 years old. I knew I was in trouble because they ordered a sonogram right away. I also knew the Navy had taken out ads about the water at Camp Lejeune being contaminated with toxic chemicals. I heard about the guys who served at Camp Lejeune or lived on the base between 1957-1987 who had become sick with various cancers as a direct result of the contaminated drinking water. I was often checking myself for lumps, so my breast cancer diagnosis was made early.

There are 100 of us from Camp Lejeune with male breast cancer. That’s the number of cases we know of, but too many others don’t even know what’s actually going on with their health. When we find someone who served at Camp Lejeune, we let them know what happened with the water. Some are aware, some not. We protect each other, but some of us are still being swept under the rug.

The surface of the ground was milky, black, there were chemicals, and the air was polluted. In that era, we weren’t aware of what was happening. Oil, gas, cleaning fluids and other contaminants would just be spilled into the ground. That wouldn’t happen today. Some men got cancer early, within 10-15 years after serving at Camp Lejeune. My breast cancer has been proven to be a direct result of my time at Camp Lejeune. There is no breast cancer in my family, no BRCA mutations, to get the cancer like I did it is more than likely caused by ingesting all the toxic chemicals.

I had been living a good life and remember thinking “Now you’re going to do this to me?”

The doctor did a beautiful job when she performed my mastectomy a few weeks after discovering my lump. All I needed was a tattoo for the nipple and areola and no one would ever know I had my breast removed. Then came the complications.

The drain inserted into my chest kept filling up with fluid, more fluid than usual. After a couple of months of having needle after needle inserted to remove the excess fluid, another surgery was performed to avoid infection. The surgeon left my chest open to drain and I had to use a machine, a wound vac, to suck out the fluid and speed the healing. Every single day for a year I had to insert gauze into my chest. It was ugly. I was left with a scar that is really more like an indentation, which meant the tattoo became a figment of my imagination. There would be no tattoo in my future.

For the first year after my diagnosis, there was so much trauma to deal with. Where is this cancer going to come out next? When will the next shoe drop? I got breast cancer from ingesting water into my whole body.

I thought I was a strong guy. The chemo was crazy and I didn’t handle it very well. The mammograms, wow! When I stuck my tit in that thing, oh my god. I have a whole new respect for you ladies now.  The Tamoxifen made me cry. I’m going to be a very sensitive guy for 10 years!

The Marine Corp didn’t do this to me on purpose. I know that, but why did they try to hide everything? The Naval Department is guilty and we are innocent. They’ve admitted the water caused a plethora of health problems, but we are still fighting for the service connection to be recognized. The Department of Veteran’s Affairs must take care of us.

There were children of Marines born with birth defects. I’m always concerned about my daughter. My 10-year-old granddaughter has leukemia. I haven’t really pushed the connection, but maybe I should?

The longer I can survive this thing before it becomes metastatic, the longer I think I can beat this thing. The next step is for the cancer to move to my lungs. Last year at a pulmonary test with two young doctors, the female doctor wasn’t even aware men could get breast cancer. That blew me away. I still keep finding doctors and nurses who are unaware. When civilians don’t know, that’s fine I understand that, but when doctors and nurses don’t know men can get breast cancer too, that’s startling.

Just by making people aware, I know I can help others. I’m not a hero. I’m a fighter. I’m a Marine. I’m just a guy who can tell people about male breast cancer. I’m not out there as often as I could and should be though.