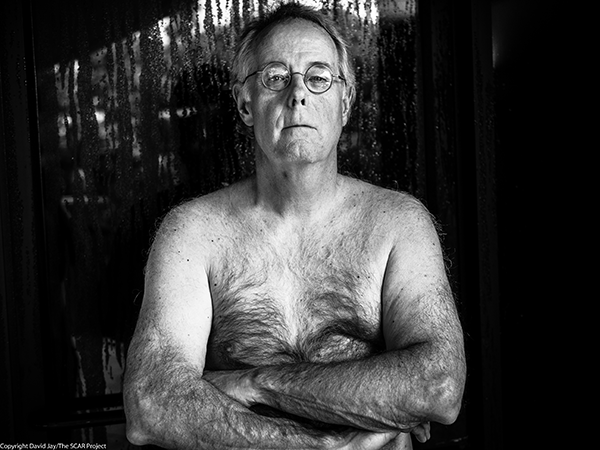 In 2012 I was 59 and diagnosed with male breast cancer. I did not have any lumps, bumps or pain, the only indication that something was not right were small spots of blood on my bed sheets.  I noticed some blood coming from my left nipple. I went to my primary care physician, who suggested a mammogram.  An ultrasound followed, and then a needle biopsy confirmed I had ductal carcinoma. Within a week I had a mastectomy.

My tumor was rather small, less than 0.5 centimeters at its widest dimension. After having an Oncotype DX assay genomic test on my tumor, it was decided that a 12-week course of chemo would increase my odds of survival. I was more afraid of the chemo prospect than anything else.  My older sister Candi, died from this same type of cancer when she was only 31, and I remember her experience with chemo being worse than the disease itself. Chemo has come a long way in the past 30 years.  My experience with the four rounds was really a cakewalk compared to what Candi went through.

I am well.  My cancer scored 99% in terms of estrogen involvement. I take 20 mg of Tamoxifen daily.  I have a few side effects, the worst being joint and muscle pain and some night sweats. Genetic testing for any BRCA mutation was negative.

After networking with Dr. Oliver Bogler, a male breast cancer survivor and scientist at MD Anderson, I was proud and honored to take part in the SCAR project photo shoot in Houston.

I never felt alone in my battle with cancer. My family and friends have been absolutely amazing in giving me the support and strength that it takes to fight this thing.

While I don’t personally know any men in my area of Central Wisconsin with breast cancer, I have shared my story through the local media and have been touched by many stories shared by female survivor friends and acquaintances. I have never shied away from sharing my experience, and I only hope that after hearing about what I have been through that someone, somewhere will say to themselves, “Maybe I should get this checked out.”