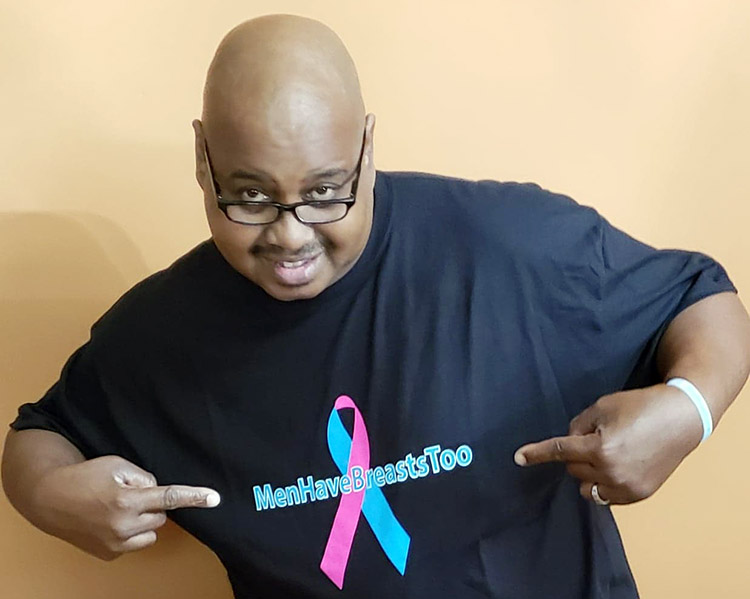 RIP James R Weaver JR
On January 27, 2020 we lost James. We honor his memory every day.

In December 2014, I was drying myself after a shower when I felt a lump on my right breast. After sharing this with my wife, she suggested that I have this checked out, and I immediately made an appointment with the local VA Medical Center. They scheduled me for a biopsy at UC Hospital. They said that the earliest appointment would be after four weeks. I remember thinking, this can’t be! No way can I wait four weeks, I cannot have this on my mind for four weeks. The next morning, I went directly to VA Emergency Center. They admitted me and began various tests. Several days later, five doctors entered my room. With my wife beside me, I asked the team of doctors, “before you say anything, do I have a fighting chance”?  One doctor responded, “you know cancer kills”. As I looked at him, my wife grabbed my hand. She knew I wanted to slap the shit out of him. Oh My God, is there anyone who doesn’t know that cancer kills?   The doctors shared with us that it was Stage IV breast cancer because it had spread to my lymph nodes and to bones in my right hip and lower back.

I received a call on New Year’s Eve and was told that I had Stage II Breast Cancer. That evening, my wife and I attended church. I was in total shock, grasping for answers. I asked God to give me strength, and when I walked out of church I knew, “OK, Let’s do this”.

I told my family and of course they did not know what to say or how to respond. This was a shock to us all.

After two rounds of chemo, my lump was shrinking. Now, we knew that the chemo was working and the only side effect was that I had a monster appetite after each treatment. The doctors agreed that if that was the only side effect, All was good. After the second round of chemo I was put on Tamoxifen. This didn’t work well, and the tumor increased in size.

After two years of treatment at the VA Medical Center, I felt a need for a second opinion. I am now attending Stephanie Spielman Breast Cancer Center and they make me feel so comfortable.  I feel that they really care about me and my diagnosis. I feel that I am more than just another body. Since I have been treated here, I have been on Fulvestrant, a shot I take 21 days on and 7 days off.  I also take Zometa once every three months for my bones. I have scans every four months, and so far everything is looking good!  Also, I have had a mastectomy. I wanted the tumor out of my body. I had genetic testing, the results were negative.

One day I was scanning the internet and discovered a group of men discussing their battle with breast cancer. I was overwhelmed. I just had to join this group (MBCC).

Mrs. Peggy Miller reached out to me and this has made my journey take flight. I do not believe in luck. I have faith that God does everything for a purpose. I have to say that I do have days when I feel down, but I made a promise to myself that if I feel down today, I have to get up tomorrow and keep fighting. Men Have Breasts Too. One Day At a Time. 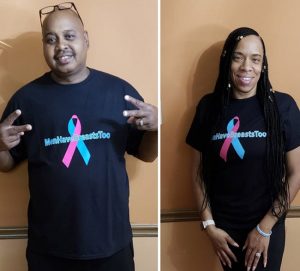 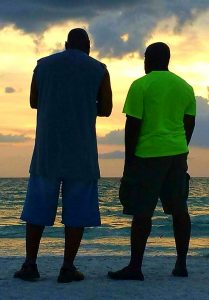