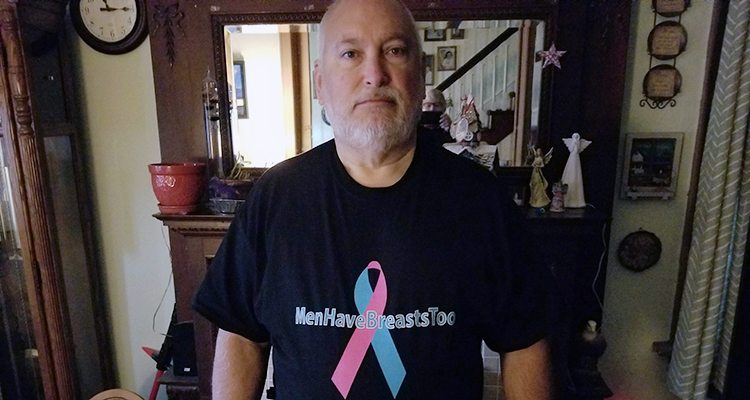 I am 62 years old, married with two children and two grand children, ages 4 and 12.  I live in the United States, in Southern Illinois, near St. Louis, Missouri.  A computer programmer for almost 40 years, I retired from Wells Fargo in December, 2016.

In July of 2016, I was diagnosed with breast cancer, and began chemo treatments to shrink the tumor. In February 2017, I had a mastectomy of my right breast. They harvested a few lymph nodes in this process, and they showed signs of cancer, so, in a subsequent surgery, the lymph nodes in my right chest and arm were removed. A PET scan in March 2017 showed no signs of cancer.

Just over 18 months later, in October 2018, my neck popped with a great deal of pain, which seemed to persist, so my doctor ordered some X-rays, which showed three fractured vertebral spinous processes, something that shouldn’t happen. My doctor suspected that my cancer had returned, and this was confirmed by an MRI and a PET scan. My cancer had metastasized in my spine, pelvis, ribs, and many other bones in that area of the body. I am now, therefore, a Stage IV patient, and on a regimen of Faslodex and Ibrance, that will hopefully that slow or even stop the progression.

My wife and I are now volunteer missionaries, but not in the sense that most people think. Our mission field is mostly within our home state of Illinois, although we also travel at times. We are involved with Southern Baptist Disaster Relief where we help those who have suffered a disaster such as a flood, hurricane, tornado, etc. We also belong to an organization called Campers On Mission where we, with others like us, take our campers to small churches and church camps to provide free construction labor.

I’ve been quite vocal, both literally and metaphorically, about the fact that men can and do get breast cancer.