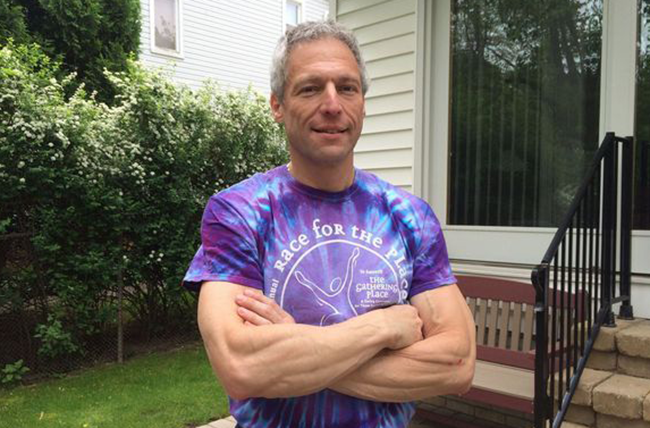 RIP Jerry Rubenstein
On November 16, 2017 we lost Jerry. We honor his memory every day.

When I was diagnosed with breast cancer the first time in 2003, I felt totally lost.

People can’t believe I’m sick when they see me, because I look pretty good even though I have the cough. While waiting to get a radiation treatment one time, someone kept looking at me and finally said, “You look too fit to be here.”  My reply, “I wish that was true!”

Me & Debbie at the Cav’s game