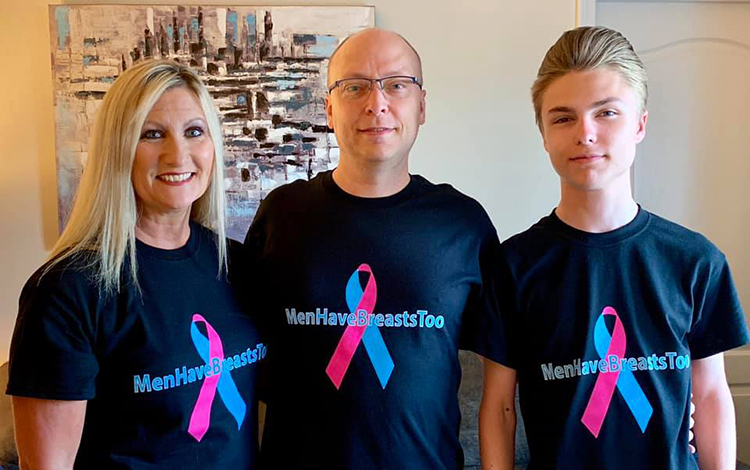 I work for the Federal Aviation Administration (FAA) planning and funding airport development projects for 80 airports in Kansas.

In May 2019, my breast cancer was discovered after seeing a bloody discharge from my left nipple, which eventually inverted. I had a suspicion upon seeing the bloody nipple discharge that this was going to be breast cancer.

In June, I had a mammogram, ultrasound, MRI, biopsy, and blood work completed over four days and was diagnosed, aged 44, on June 13th, 2019.

A left-breast mastectomy followed, although I didn’t need radiation or chemotherapy, and am now on Tamoxifen for the next 5 years.

The entire cancer process is overwhelming. You just have to focus on the present and think positive. My family was shocked!  They wanted to follow my process every step of the way, and were very supportive. Friends and colleagues were also shocked, and were also very supportive. They had never known a man with breast cancer, and were interested in learning how I discovered it and my approach to treatment.

Genetic testing was conducted for 35 genes, and I was found to be positive for the BRCA1 gene mutation and nothing else.  This was not a shock, as I already knew that my father’s side of the family carried this mutation and I was one of the few who had not been genetically tested. Our teenage son will have genetic testing at the appropriate time.

Life has changed, as it does for everyone with cancer. Cancer is a wake-up call to appreciate life and not waste time. It has impacted the way I think by living more in the present, and has further emboldened my faith in God. My diet has changed; I watch what I eat and drink more than ever and I exercise more. I monitor my health much closer knowing that relapse or new cancers can pop up anywhere at anytime.

I want people to know that men can get breast cancer, even if it is very rare. Know your family history, your genetics, and recognize harmful environmental factors. Closely monitor your health and changes within your body. For the majority of time, the body speaks to you when something is not functioning correctly. Pay attention to the smallest of details, because you just never know. If you think your doctor is not giving you the right attention, go to a different doctor. There’s not enough time to mess around with doctors who do not provide quality care and who are not genuinely interested in your health.

My wife is also a cancer survivor; of lung cancer. She battled and won as well. I’d say cancer should be afraid of us now! 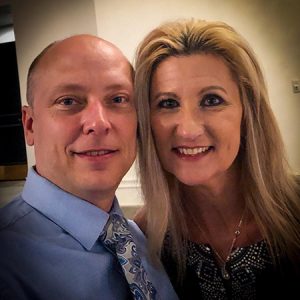 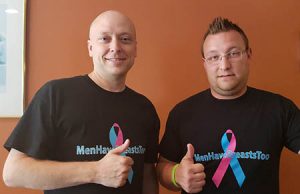