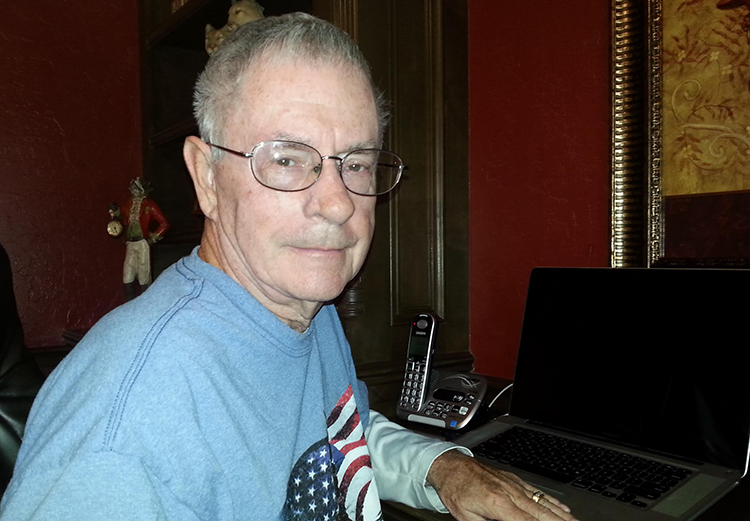 I turned over in bed and looked at the digital clock on the night table. The red numbers glowed in the dark. It was 3:30 a.m., and I couldn’t go back to sleep.  I wasn’t feeling the effects of the chemotherapy or the drug-induced nightmares or the dry mouth. I wasn’t feeling depressed or lonely or scared.

I’d had a brainstorm. I’d decided to write a book. I wanted to wake up Becky, my wife, and tell her. On second thought, I’d wait until she woke up.

I’d never written a book, but I was a journalist. It couldn’t be that hard, could it? Never mind that the longest article I’d written was a 60-inch newspaper story. That didn’t matter. I wanted to tell other newly diagnosed cancer victims, their families, and their friends some of the things our family didn’t know about cancer when I was diagnosed.

First thing when we crawled out of bed, I told Becky. She liked the idea: a survival story about a man with breast cancer, stereotypically a woman’s disease.  And that’s how the book’s preface began.  “Saving Jack: A Man’s Struggle with Breast Cancer,” published in 2008, was the first book-length chronicle ever written by a male breast cancer patient about his ordeal.

My discovery of the pea-sized nodule on my breast was similar to how other men found theirs — in the shower. My primary doctor referred me to a surgeon.  The surgeon examined both my breasts and the lymph nodes around my neck and shoulders. He asked if I had any tingling, any shortness of breath, any pain anywhere, and if anyone in my family had cancer.  I told him my sister, one of six siblings, had had uterine cancer but it had been in remission for years. I had no risk factors — no smoking, no alcohol, no workplace exposures — except genetics.

The surgeon said my nodule was soft and mobile and cancer was hard and fixed. He was 99 percent sure my lump wasn’t malignant. He said he wasn’t worried and to come back if the tumor grew.  “If you’re not worried,” I said, “then I’m not worried.”  How stupid I was.  Had I never heard of a second opinion?

Six months later, after the nodule had mushroomed in size, that surgeon had retired. Another surgeon, who had taken over the practice, said the tumor, cancerous or not, had to come out.  He scheduled a biopsy for Thursday and a mastectomy or lumpectomy, depending on whether the tumor was malignant, for the following Tuesday.

The initial surgeon’s statement that cancer was hard and fixed turned out to be a myth, and I found myself in the 1 percent of men who get breast cancer.  Who’d have thought?

I was diagnosed with invasive ductal carcinoma. My treatment consisted of a two-day hospital stay for the mastectomy, six two-hour chemotherapy sessions over the next four months, 30 radiation treatments the following six weeks, and Tamoxifen for five years.

Cancer severely tested my family and me. Chemo especially was a roller-coaster ride.  Writing became therapeutic for me. When I couldn’t sleep, I would get up at 2 or 3 in the morning and write. I could say things to the computer that I couldn’t say to a person.  The computer became my confidante, my emotional release, my safe haven.

Do I still worry that the cancer could come back? Yes, sometimes. But my faith comforts and sustains me.  God’s grace shines upon me.