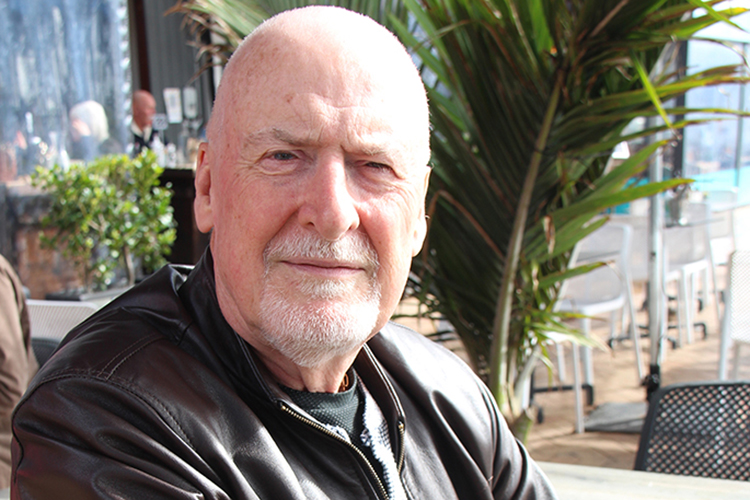 When I went to my GP complaining of a painful nipple in 2016, he thought it was just bruising. I then went to Europe for three months during which time the nipple started to fungate, so I had to apply dressings until I got back to New Zealand.

The day after I landed, I saw my doctor again and he sent me immediately for a biopsy and scan, which confirmed Stage III Breast Cancer. I subsequently moved to a different GP.

Two weeks after the test, I was in hospital for the mastectomy. I had an excellent surgeon, who removed the 4cm tumour and 13 lymph nodes (only one had cancer in it). I then had also two chest drains implanted.

After the surgery healed, I began 16 sessions of chemo treatment. A couple of items, when having chemo, the wig lady would come around for the women who used to joke as to why there was nothing for men. Before I started chemo, I had a high-dose Vitamin C infusion to get my immune system boosted, not to cure the cancer. This worked, as I still attended the gym during my chemo and it assisted my ability to do my physiotherapy post-surgery. I continued with this in between chemo treatments.

Then came the six sessions of radiotherapy. I suffered some burns, but continued with the Vitamin C and going to the gym. The burns were dressed every three days.

At the end of the physical treatment, I went on a high-dose Vitamin C recovery programme for three weeks with infusions up to 85 grams a sitting.

Next came the Tamoxifen, which really messed with me early on until I took Escitalopram to balance my mood swings. This seems to have worked, but I still get some side effects like tiredness and foggy brain on occasions.

I now am in the breast screening system and get a mammogram every year. This took some pushing to get, as men were not eligible at the start of my treatment. This has changed now.

The key things for me were continuing exercise throughout and the Vitamin C infusions. I have now returned to playing tennis (some thought this was not possible after the surgery) and using the gym to build the muscle around my removed breast area. I continued with my Scouting New Zealand activities, Community Patrolling and completed a Pink Walk the day after a Chemo treatment. Just one more year of Tamoxifen to go.

My wife Wendy was a great support to me. She cared for me during the tough times with the chemo and radiation burns, and encouraged me to continue with the Vitamin C and exercise regime. I could not have got through this without her.

At one clinic a guy asked me what I had, and I replied breast cancer. His response was, where do you get that? Unfortunately, many men do not understand that they can get this disease as well. All the fellow patients I have met were initially diagnosed as bruising. Getting on the mammogram program took some effort, as initially this was not available to men.

I know a fellow breast cancer patient, Richard, and we would like to set up a support system for New Zealand men. I have talked at Pink Breakfasts and forged a relationship with the breast cancer foundation in my country, and have given a number of interviews on encouraging men to be aware. I have also supported men who have just been diagnosed. It appears that in New Zealand there is little support for men, although the Breast Cancer Trust in Tauranga have been quite supportive.

The New Zealand Breast Cancer Foundation asked me to help promote awareness for men. Attached are some of the articles and a news interview that I was part of. 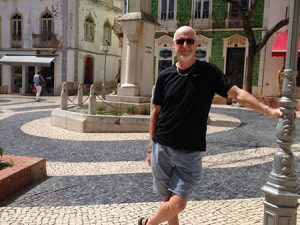