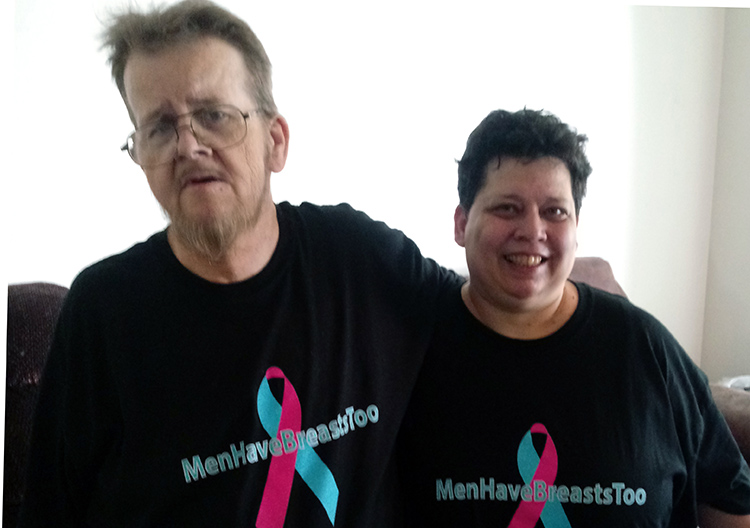 My husband, Gerry Mullin, felt several lumps in his left breast in June 2014 and it took a week to get diagnosed. He had mastectomy in October 2014. Gerry then spent 2 1/2 years on Letrozole, but then he had many strokes from being on it, so the doctor took him off it.

About 2 1/2 years later he was going through tests to see if the cancer spread, and in January 2019 they told us it spread to the bones (spine and left rib cage).

We have been through four oncologists for a variety of reasons, but we have a good doctor now, and Gerry finished radiation treatments on May 8, 2019.

He might need more treatment, but we won’t know until next month.

Gerry takes an aromatase inhibitor called Exemestane, and so far, is doing okay on it.