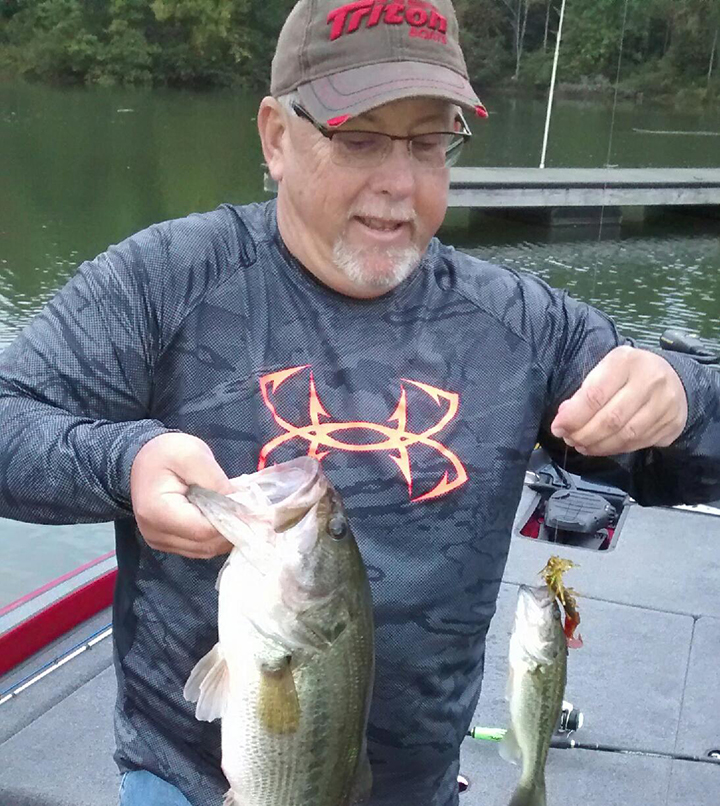 My story starts out in late Sept of 2016. We were fishing a two day tournament on lake Gaston in Virginia. We had just come in and everyone was getting ready to go out and eat. I had taken a shower and while drying off found a lump under my right nipple. I didn’t remember feeling it the night before but I`m sure it was there. It hadn’t been long since I seen a episode on Dr Oz about men getting breast cancer. I called my wife and told her to look it up on the internet. The following week I went to see a doctor and seen a nurse practitioner and he thought it was nothing major and told me to keep an eye on it.   Three weeks later I had a visit to check my cholesterol and saw my regular doctor and told him my right boob had swollen a little. After checking me he suggested I have a mammogram and a sonogram. It took about two weeks to get this done and of course the out come was what I had expected. During the exam they found a mass under my right nipple about the size of a dime and a spot on my lymph nodes under my right arm. I was then scheduled for a biopsy the day before Thanksgiving, needless to say it was a long weekend. The results came back positive for my chest and negative for the lymph nodes. I was then scheduled to see a surgeon the next day. He explained that they had met at the hospital and discussed my case and should me what he was going to do. Dr. Ploch wasn`t  happy with the results from my biopsy on the lymph nodes and said he was going to recheck them during the surgery. It was 6 days after my visit with my surgeon that my surgery was scheduled and the mas had grown to the size of a quarter . He found a pea size cell in one of my nodes and removed it along with the 10 above it and found nothing else. I had a right chest mastectomy.  About a week after my surgery I saw my oncologist and talked about my treatments. I was tested for the Braca gene which came back negative but I was positive for the her2. They had to change my chemo treatments from 8 to 6 and scheduled me for my port. I was then scheduled for 6 aggressive chemo treatments with 3 drugs given at a time. It was quite the experience. I started my first treatment on Jan 10th. I had to go every 3 weeks. I usually felt good until the 3rd day after a treatment and then all the muscle aches and nausea set in. I lost all of my hair in the 2nd week of treatments and my taste also. It was hard to eat or drink anything  without tasting it, even water tasted nasty. My wife , Donna stayed on me about drinking fluids to keep from getting dehydrated. My weight only varied a couple of pounds either way during my treatments. One day while I was taking chemo, I noticed my hands had turned green. My buddy Jeff, who took me to all my chemo treatments, kind of laughed. He said he had noticed me change several different shades of color over the last 15 minutes,  we laughed about it as we usually did. We new what I was doing was serious stuff but that is how I got through the whole ordeal and kept a positive attitude ! After finishing my chemo on May 10th, they gave me a month off before starting radiation treatments, 33. It wasn`t to bad except for the last week . Dr Brady said they were going to concentrate on my scar tissue because that’s where cancer cells like to attach to. During this period of time I was also doing Herceptin every 3 weeks until the middle of Jan 2017. That was my last treatment, thank God ! Of course during all of this I had to have my heart checked every 3 months because of the Herceptin and other organs it could affect. The experience wasn’t as bad as I thought it would be but I wouldn’t want to do it again. Having breast cancer has really opened my eyes to other things. Spiritually, physically and mentally.  Your body is never the same and you find out pretty quick you can`t do all of the things you use to do. I was put on Letrozole 2.5 in Sept of 2017 and gained about 30 lbs  after that. My oncologist told me I would gain weight but I didn’t think it would be that much, lol… I am so glad I found this group because there is literally nothing out there for men with breast cancer. I am very passionate about  spreading the word about male breast cancer. I try to talk to as many people that will listen to me but a lot of the media doesn’t see it that way. I basically had to plead with one of the local stations last year to do a story. It’s not about me, it`s about the disease. One lady in town called me a hero one time for everything I do to promote male breast cancer awareness. I am not a hero but a man that wants the world to know that women aren’t the only ones affected by this and we shouldn’t be embarrassed to have it or talk about it. 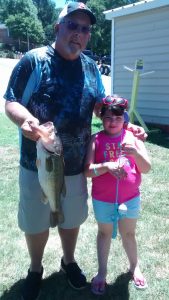 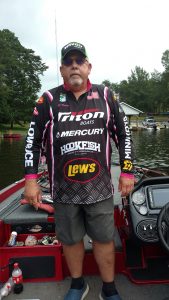 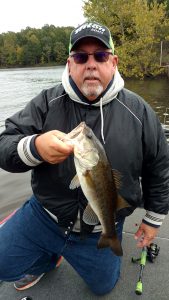