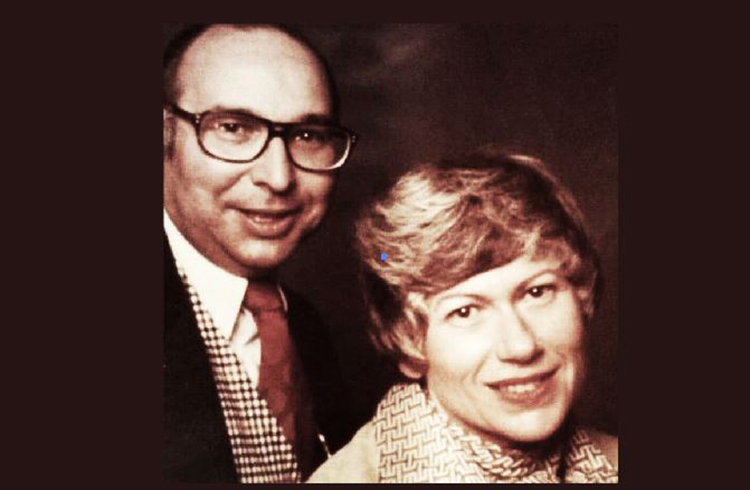 In April, 1984, we are in the family waiting room at Abington Hospital. My dad is getting a mastectomy because he has breast cancer. Virtually unheard of then. But that year, his oncologist had four other men with breast cancer at our community hospital. He was given six months to a year.

Daddy was always one to hide his head in the sand. In 1968, he had a thyroid tumor removed. With hindsight, it was a warning. His mother, Bella, for whom I’m named, had breast cancer twice. She passed in 1950. Fast forward to 1984. A whole year had gone by that he noticed a discharge from his left nipple. It crusted over and fell off. Twice! How he hid it for a year from Mom, I don’t know. He knew it had to be cancer given the family history. During this time he also had a nasty case of shingles. She finally got him to our doctor and family friend. He felt the lymph nodes on both sides and they were very swollen. He suspected breast cancer, with the shingles being a huge red flag.

Daddy endured chemo, once a week, for five years. Eventually he had a port added. In late 1986, the cancer was found to be spreading. In a “Hail Mary” play, they removed his testicles to minimize estrogen production levels and try to slow progression of his disease. He became stage IV at the beginning of 1987, when it moved into his bones. But he never complained, and worked in our family furniture store except chemo days. His breast cancer was ER+ which meant it was estrogen driven. He had been on tamoxifen to repress estrogen production. He developed a DVT (deep vein thrombosis) because of that oral chemotherapy drug, then had to be on coumadin for the rest of his life.

He made it to my brother’s high school graduation in 1987, and we all celebrated at Bookbinder’s and had lobster dinners and strawberry shortcake, Dad’s favorite. In August, my parents moved my brother into his freshman dorm. Then they took what was to be their last vacation together.

Early in January, 1989, Daddy turned over in bed and felt a rib break. It was actually three of them. They rushed him to the ER. He was hospitalized at that point in the oncology area. They tried everything they could. Every day, Mom went to the hospital to be with him and give him a thorough sponge bath. He would always tell the nurse, it’s okay my wife will be here soon.

On February 15th, I was out with friends. Daddy said just go have fun. It’ll be okay. I came home at 11pm to an empty house and my mom’s voicemail saying to come right to the hospital. When I got there, he was very out of it. I hugged and kissed him for what would be the last time. Mom called my brother at college, and put the phone to Dad’s ear. I think it registered that it was my brother’s voice, as there was a recognition. Right before midnight, he took his last breath. I’ll never forget that sound.

It’s still an uphill struggle to have male breast cancer recognized, even by some of the medical professionals. In 1996, my Dad’s brother constructed a family tree. On their matrilineal branch (Tinkelman and Polisher lines) was a preponderance of both breast and ovarian cancers going back to my great, great grandmother. After speaking with a genetic counselor and Dr. Mary Daly of Fox Chase Cancer Center, we volunteered to be tested for the BRCA genetic mutation. My mother got a frozen tissue sample from dad. We all tested positive for BRCA2.

In 2007, after ten years of due diligence with screening, I had a double mastectomy during which they diagnosed me with DCIS, ductal carcinoma in situ. It had not become invasive and the sentinel node biopsies were negative.

However, in 2014, my brother was diagnosed with pancreatic cancer at the age of 44. It was driven by the BRCA2 mutation. Fortunately, in one way, because of that they could tailor his chemotherapy to fight it.

We are both here today because of the BRCA testing. It’s terrible that Dad had to pass without seeing our weddings, his grandchildren, or my brother getting his bachelor’s and law degrees.

Things we need to take from his story: 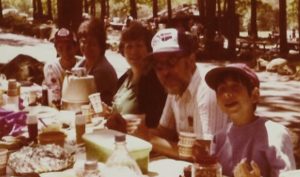 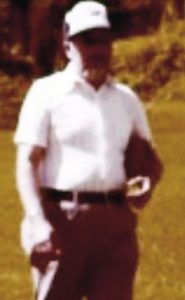 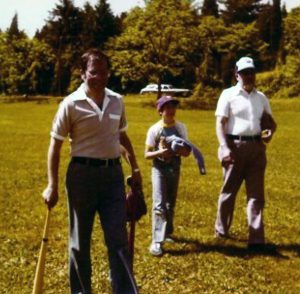