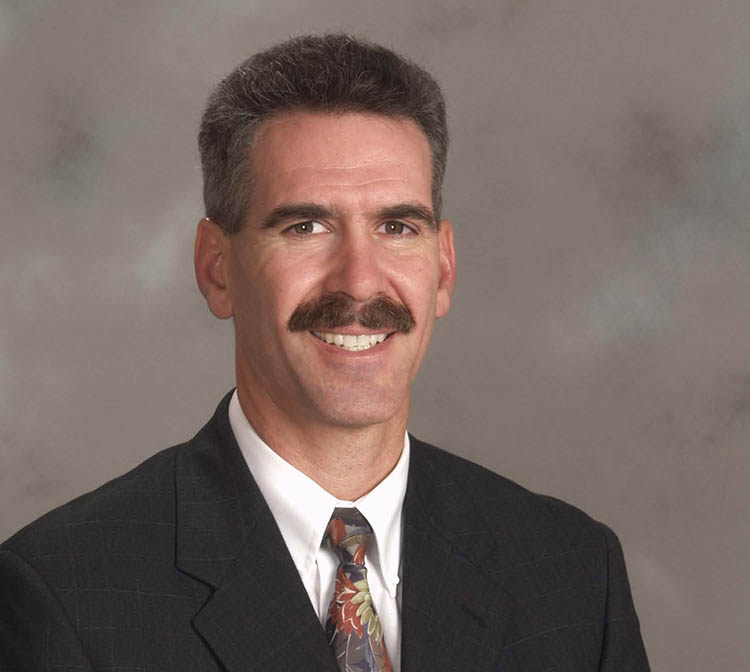 I first noticed a few lumps in 2011 and had a mammogram to check them out. I was diagnosed with gynecomastia.

Two years later I started to notice some slight inversion of the nipple area. A friend had emailed me a list of the top ten signs of breast cancer and inverted nipple was on there. I showed the inversion to my family doctor during my annual physical, but she didn’t think it was anything to worry about.

In early 2015, I started noticing a growth on my left nipple like a pimple. It didn’t go away and the inversion of both my nipples was getting more pronounced. I also had some tenderness under the nipple on my left breast. I went in for a checkup in July and my doctor ordered a mammogram and an ultrasound. I was then referred to a surgeon who suggested a biopsy of my left breast. While on the table getting the biopsy, the technician asked if my right breast was also authorized for biopsy. I said no, even though I thought there was a problem with both my breasts. When I went back to the surgeon for my results, he said there was ductal carcinoma in my left breast. Then he also checked the right breast per the recommendation of the tech and my lymph nodes under each arm (not sure why he didn’t do it the first time). He said the nodes were slightly enlarged and ordered a biopsy of the right breast and both lymph nodes. A PET scan was also done. The biopsy of both the right breast and lymph nodes came back positive for cancer although the PET scan was clear. The cancer was grade 3 but stage 2.

I was a healthy 57 year old with great vitals, so I wasn’t worried about beating my cancer.  I then went through some genetic testing to see if I carried the BRCA gene mutation. I was concerned about passing the mutation on to my only child, a daughter. One of the first questions on the genetics survey was if I was of Ashkenazi Jewish decent, which I was since my grandparents were Jewish and immigrated from eastern Europe. After learning I tested negative for the BRCA gene mutation, the consortium of doctors who review cancer cases at my hospital decided the best course of treatment was chemo followed by surgery to remove both breasts and lymph nodes. The thought process was although the PET scan was clear, it would not pick up microscopic cancer, and the chemo would kill anything and hopefully reduce my breast cancer prior to surgery.

We had a vacation planned for the fall, so it seemed like a perfect plan in my eyes since my chemo would happen once every three weeks for six sessions and I could schedule them around my vacation. Of course best laid plans go to waste. Three weeks before our family vacation my daughter had a blood clot (she is doing fine now). We changed our vacation plans, but I still flew to Florida by myself to visit my 80+ year old parents prior to my surgery.

Being aware of blood clots running in my family, my daughter just having had one, and the fact chemo makes you candidate for blood clots, I was suspicious when my left calf became tight and a little swollen after my fourth treatment. I read online about the signs of blood clots in the leg and I had several symptoms. A Doppler test was ordered and sure enough there was a small blood clot in my left calf. I am now on blood thinners for at least six months.

For me, and I know everyone’s situation is different, my cancer has been more of an annoyance than a disease. All I’ve had to deal with is one week of stomach discomfort from the chemo and then back to life pretty much as normal. Rinse and repeat every three weeks. I knew what to expect every three weeks and I didn’t let my cancer get me down or affect my life other than my chemo downtime. I have every reason to believe I will beat my cancer.  I am fortunate I caught my breast cancer early.

On December 18th I had my double mastectomy with removal of lymph nodes under my arms. Nine of 13 lymph nodes on my left side and seven of nine lymph nodes on my right side had cancer. As a result, I am going to need radiation and the oncologist has scheduled another PET scan for January 18th.  I am now on Tamoxifen, have not yet experienced any side effects, but have only taken three pills to date.

Post surgery I am doing well.  I had two drains on each side of my chest and came home from the hospital the day of surgery, no overnight stay.  I have experienced very little pain and discomfort in my chest area but have had some swelling and pain in my upper arms on the underside. While I’m not sure when I will be able to play tennis again, I do hope to be back at work this month.

On January 12th I had my final drains removed. I started my stretching rehab exercises two days later and have been going to the gym every day since. It feels great to go to the gym and get on the machines to work my legs and arms again. January 14th was also the first day I was able to take a full shower, and let me tell you, it was a long hot one. I have a lot of numbness under my arms and around my armpits. I am told it could take a year to go away. No biggie. I can deal with it. My flexibility is getting better every day and I’m still planning on playing tennis on Saturdays. Another PET scan is scheduled for January 18th and I’m still waiting to start radiation. All in all, glad to be alive, vertical, and recovering and best of all, my hair is coming back.

On March 16, 2016, I had my 30th radiation treatment completing my cancer
treatments.  At this point, I assume I am cancer free.  Minor side effects
from the radiation are a dry cough periodically, some light burning in my
throat when I eat spicy food, a little shortness of breath and of course
redness and some sunburn like symptoms on my affected skin areas.  I am told
my skin will start getting better in about four days.  Life is back to normal
and I played tennis today, one day after my final treatment.  On another note,
my hair is growing back everywhere and even in places I didn’t used to have
it.  I don’t know if it is the effects of the chemo or the Tamoxifen, but my
hair is softer and less course and growing faster including my facial hair.
I hope everyone experiences the same positive results I have and recovers
fully.  Of course, I will be getting check ups on a regular basis by my
oncologist. I guess the main negative from the whole experience was the
blood clot I developed in my calf, which is fine now. I was diagnosed
with four gene mutations, blood clot indicators, and now I am on blood
thinners most likely for life.  I will take it, if that is the worst of it.

I stay strong and positive about my situation and don’t let it change my life. I am not ashamed or afraid to tell people I have cancer and always tell them I am good. I wish all my brethren great results in their journey and hope you all come through your treatments ok. Hopefully all will work out with me as well. I know although things look good, as Yogi says, “It ain’t over till it’s over!”