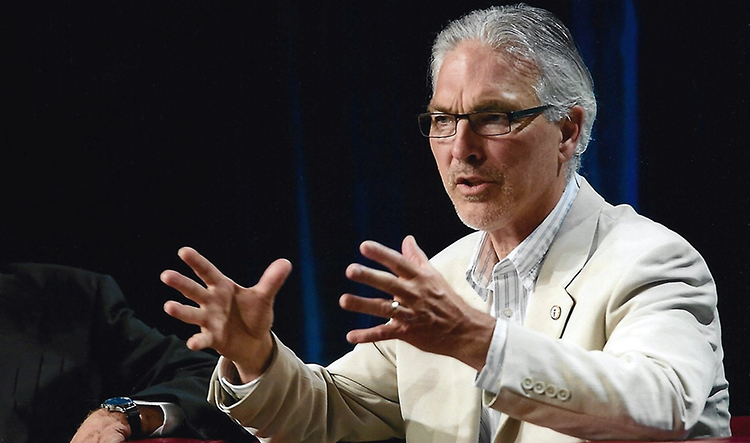 My breast cancer journey began in the late fall of 2018, just after I’d turned 70 years of age. I had noticed a slight swelling in my right breast, just below the nipple area in a self-examination in the shower. It was not painful; but it was a change and it concerned me. I scheduled an appointment with my physician. He thought it was probably gynecomastia; but was concerned enough to schedule me into a mammogram appointment at his clinic’s imaging partner in Bellingham, Washington. While I felt like this might be something of an overreaction; I was okay with being extra careful. The reason I decided to error on the side of being extra careful was due to my having heard a story in Rotary that caught my attention. We had a presenter who had lost her husband to breast cancer. She shared with us that he had ignored warning signs and symptoms until it was too late. She noted that while male breast cancer was rare, it had impacted her and her husband directly. That story was in the back of my mind while I was waiting for my mammogram appointment.

I arrived at the Women’s Breast Clinic in time for my mammogram and prepared for the experience by reading an information sheet provided me. I am a relatively trim man at 6’1” and 190 lbs. and I didn’t have much in the way of breast tissue. That made my mammogram pretty challenging. The technician did a great job working with me. She did say that they didn’t see many men in the clinic; so I was a new challenge for her. I knew something was out of the ordinary when the clinic’s attending doctor met with me and noted that she saw a problem in my left breast! This surprised me as I had not noticed a problem on my left side. She wondered if I had time for a breast biopsy as they had had a cancellation and could fit me in right away. As I had traveled for several hours to get to Bellingham from Port Townsend where I live; I agreed. We proceeded with the biopsy immediately. That procedure made the original mammogram seem easy by comparison. After that procedure I left for home full of questions and heightened concern.

On December 6, 2018, I received a call from my physician notifying me that I had stage 2 breast cancer in my left breast. He referred me to a surgeon in Bellingham and I followed up with a visit shortly after being diagnosed. The surgeon confirmed, through ultrasound and reading the original mammogram images that I had cancer. At that point I decided to seek advice from the Seattle Cancer Care Alliance. I knew of their reputation for wrap-around cancer care through friends who’d been treated there. Besides, I knew it was worth seeking a second opinion in this arena. I am so glad that I followed up with this idea.

My experience with the Seattle Cancer Care Alliance has been extraordinary. My first visit there was characterized by a level of teamwork and professionalism I’ve not experienced before. My team of doctors met with me and my wife and supported us thoroughly as we charted a course of action and treatment. First, they did an examination that led to a biopsy on my right side (my original concern) where they diagnosed Stage 0 cancer. This had not been diagnosed in my earlier meetings in Bellingham. We scheduled a double mastectomy for January 31, 2019 and I began preparations for a different kind of winter season than I had anticipated. I cancelled my annual ski trip to Colorado in January and began preparations for the surgical experience I was about to have.

I was 70 years old when I was diagnosed. My double mastectomy was deemed a success with clear surgical margins and minimal lymphatic involvement. I did not require radiation therapy or chemotherapy subsequent to my surgery. I will be taking tamoxifen for up to 5 years as a precautionary measure against recurrence. So far, I’ve managed the side effects of this drug without too much difficulty.

During my diagnostic phase, I participated in genetic testing and was advised that I did not carry BRCA 1 or BRCA 2 mutations that would have led to my cancer. I shared this information with family members (I have six siblings). To date, I am the only one in my family with this particular cancer diagnosis. I continue to be a subject in a study that is looking more deeply into my genetic makeup to determine if there is any other genetic risk factor at work here. That genetic research may require up to a year of testing and study. I am in favor of finding out as much information about my cancer as is possible. I want something useful to come from my affliction!

My initial response to my diagnosis was disbelief and then shock as the reality settled in. I’ve led an active, healthy lifestyle the entirety of my life. To be told that I had cancer was enough of a shock; but to be told that it was breast cancer put me in a very disbelieving frame of mind. How could it be? I didn’t even know that men could get breast cancer. I had to traverse a difficult minefield of conflicting thoughts and emotions before I got to a place where I could make informed decisions. After the shock of the diagnosis I got right to educating myself about my options. I learned all I could about male breast cancer. I used the resources of the Seattle Cancer Care Alliance (they have a great little research library space at their Seattle clinic that I used whenever visiting there) and I did my own online searches to learn more. I quickly became conversant with the medical terminology I’d need to know and became an informed advocate for my care. Also, I decided to be very public about my diagnosis and treatment in the hopes of raising awareness with other men about this particular cancer. My local community newspaper has done two front page stories on my cancer journey. They did a story not long after my surgery in January, 2019, and another follow up story in September, 2019 (my 9 month anniversary!). These stories were very well received in the community. I’ve encountered a number of men who were impacted by the stories. One man was experiencing symptoms and followed up with his doctor as a result of reading the story. He was diagnosed with breast cancer very early and is on the road to recovery following surgery. Another man contacted me who had been treated for breast cancer when he was a young man. He told me that he had spent a lifetime of embarrassment and shame regarding his experience of the disease. He told me that my very public story made him feel free of those emotions now. To hear this from an older man was very touching. I feel like I’ve used my misfortune to help others along a more positive and constructive path.

My family reacted to my diagnosis with love, support and understanding. I think my diagnosis was most impactful on my wife and children. They were as shocked as I was with the diagnosis. My elderly mother was concerned by my diagnosis, as well. She passed away on March 11, 2019, on the day I found out from my oncologist that my treatment wouldn’t require radiation or chemotherapy. I arrived at my mom’s house that day minutes after she had passed.

I own a small consulting firm called Treehouse Education Consulting. I work with small, rural school districts to help them plan for the future. I’ve been doing this consulting work in the three years since my retirement as a superintendent of schools in 2016. My educational career extended from 1979 to 2016. I served as a teacher, principal, executive director and superintendent over the course of that career. I’ve worked at a national and international level with a number of educational initiatives (Fulbright Teacher Exchange Program, Smart Schools Academy, Project Inkwell etc.) and I’ve worked in the private sector (Educational Testing Service). I’ve been a superintendent of schools in Nebraska and Washington. All along the way I’ve been an active bike rider, mountain climber and skier.

My cancer diagnosis and treatment is continuing to impact my life. While I’ve worked hard to rebuild my range of motion and strength following my double mastectomy; there are days when I feel mutilated and limited (the scar tissue reminds me of where I’ve been!). I continue to work on rebuilding my sense of wholeness and physical integrity. I’m not nearly as active as I was before the diagnosis; but I’m gaining ground with improved energy levels and more good days than tough days. I’ve learned to celebrate small improvements along this road to recovery. I’m looking forward to being much stronger when I celebrate my first-year anniversary after surgery.

My support system includes my family and many caring people in my community. I’ve been contacted by a number of women who are breast cancer survivors who read my stories in the local newspaper. They wanted to let me know what they had experienced in their lives. I’ve been able to connect with so many people largely because I was superintendent of schools in Port Townsend prior to my diagnosis and had name recognition that I could use to advance public awareness.

I want people to know that male breast cancer is a reality. I want men to know that they need to be aware of what is going on with their bodies and to respond immediately when they suspect something is not right. I want to help men understand what symptoms may look like and how to get the care they need early. My main message centers on awareness and early detection. I want to pay forward with my story so that other men don’t blunder into unnecessary suffering and loss.

My openness about my breast cancer diagnosis and treatment has come at a cost in terms of privacy; but the idea that I can serve a greater good through my misfortune is a strong motivation for me. As a former public servant, I understand the need for hopeful communication and constructive ideas. I’m hopeful that I’ve done a bit of good work in that direction. 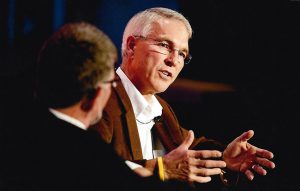 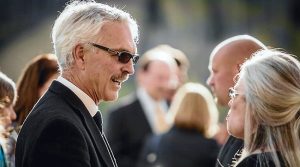