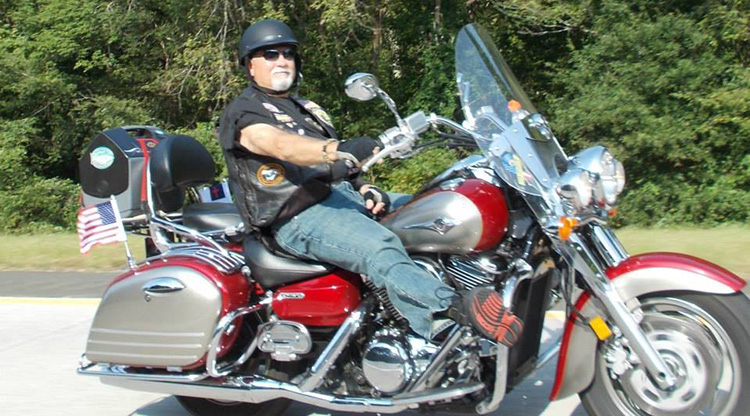 After serving 33 years in the military, including three tours in Viet Nam, I thought I had been through it all. But; when I was told I had breast cancer in June of 2012 you could have knocked me over with a feather! I immediately went into denial. What do you mean cancer! Not me! I’m a hard-nosed retired “Full Bird Colonel!” This kind of stuff doesn’t happen to us! Well, guess what guys, it does!

My discovery wΔs rather innocent. Showering one evening, I discovered a BB sized nodule about an inch above my left nipple and slightly under the skin. Having dealt with swollen glands during the past I wasn’t overly concerned. First mistake! The BB didn’t grow in size so I thought. I had mentioned it to my wife and she immediately began berating me about having it checked. It had now been about two months. I told her my annual physical was coming up and I’d have my doctor check it. Ok, I go to my Dr and and do you think I remember to have him look at it? No! So I get home and she immediately asks about this spot. I’m in deep crap now! She insists, fortunately for me, that I call him now! This is where things get crazy. My doctor instructs me to get my A** back to his office where he did a quick evaluation and called the imaging clinic where he requested an emergency mammogram and sonogram. This led to a needle biopsy that afternoon, an appointment with a surgeon the next day, and surgery the following day.

I had a full mastectomy on the left side with removal of eight lymph glands under that arm. I consider myself very fortunate in that all my margins were clean, and I wasn’t required to deal with chemo or radiation treatments. By the way, the reason I never felt that BB growing was because it was a tendril and not a mass. It was growing inward. It was within two weeks of penetrating into body areas that would have c8aused some very serious issues

June 2017 was a five-year anniversary, and I was able to quit taking the Tamoxifen I was prescribed, and get back to life as somewhat normal. What’s my takeaway from all this? Men can be real stupid when it comes to their personal healthcare. Don’t be a dumb A**. If you feel something out of the ordinary around your breasts, have it checked immediately!

I know it was only by the Grace of God that my family and I were able to get through this very stressful time in our lives.

Step forward a year to 2018. I hΔd completed a five-year round of Tamoxifen and several tests/scans, which included the a bone marrow biopsy, and had been declared “cancer free.” I had some scar tissue under my left arm as a result of my mastectomy and lymph removal, and had my oncologist refer me to a plastic surgeon. Surgery was done and I returned two weeks later for a follow-up. The incision was healing well but I was dumbfounded when the doctor told me the tissue samples had come back positive for MBC. A PET scan followed that revealed “hot” spots in the lymph nodes under my left arm, neck and groin.

Subsequent needle aspirations showed the neck and groin “hot spots” benign. Surgery was performed in my left armpit again, and they removed as many nodes as possible. I completed eight rounds of chemo, one every other week, and 25 radiation sessions. I’ve been placed back on Tamoxifen, and will be on it for the rest of my life.

My first round of breast cancer was in 2012, and I was fortunate enough not to have had to go through chemo or radiation. As a combat veteran, I considered myself a pretty tough guy. Wrong! I wouldn’t wish chemo on my worst enemy. This is the most horrible thing I’ve lived through and I can’t imagine children having to deal with it. I initially had four days of continuous hiccups, so no sleep, then three days of loose bowels. Week three – five were the worst days of my life! Naturally, I lost my hair and eating was a real issue. I lost 30 lbs during chemo. Radiation was not too bad for me, other than cooking my left breast, and I completed it in May.

Have been given another “clean bill of health”. Well, we’ll see. Presently dealing with chemo induced peripheral neuropathy in hands and feet, lymphedema in left arm and hand, and the typical sleep issues associated with post radiation.

May God bless and comfort those that have to deal with this curse! © #TSBTMBCH 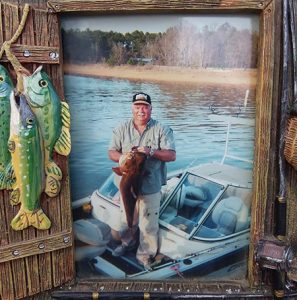