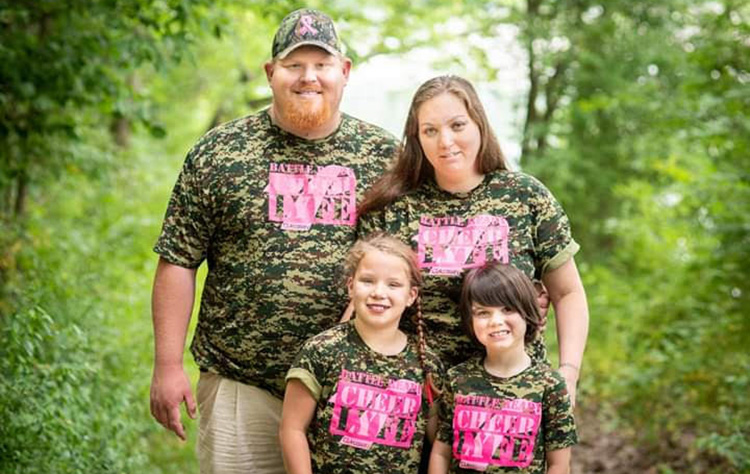 Around November of 2017 I found a lump behind my left nipple. I thought that it may be some sort of cyst or something else that would eventually go away. I said something to my wife about it and she said that I should go to the doctor. I told her there was no reason for me to go to the doctor, that it was probably just a cyst. She said “it could be breast cancer.” I immediately shot that idea down and told her “men cant get breast cancer.”

Between March and April of 2018 the lump behind my nipple tripled in size. I told my wife again that it had gotten larger and agreed to go to the doctor. Due to not having any insurance, I went to a local clinic, where the doctor examined me and said that she wanted to do a biopsy. The wait for the results was the longest wait of my life. The attending doctor that had done the biopsy also ordered for me to have a mammogram and ultrasound. I of course thought all of this was overkill for a cyst. After having the mammogram and the ultrasound done the radiologist pulled my wife and I into his office and showed us the results. He said “I cant say that this is cancer, but if I had to draw a picture of what cancer looked like this would be it.”

And then we received the dreaded call; on May 23 I was officially diagnosed with Invasive Ductal Carcinoma. And it was positive for all of the hormones that it could be positive for. The resident doctor that called and gave me the results told me that the doctor I saw at the clinic would have her staff call me to set up surgery. I had applied for medical assistance, but it had not been approved yet. Due to not having any medical insurance, the doctor was going to be doing the surgery Pro Bono. I came into the clinic for a follow up and to “officially” receive the results of the biopsy. After meeting with the resident, she left the room and the doctors staff came in and informed me that due to vacations and other patients, the doctor would not be able to operate on me until the end of July or August. I asked to speak to the resident and when she came back in I informed her what the staff had said and she informed me that there was nothing she could do. I said, “what am I supposed to do, just sit around for 2 months and wait. What if it spreads?” The resident told me that if the cancer was going to spread that there was nothing they could do about it anyway, so waiting that long wouldn’t matter. My wife and I were both floored by this response.

After leaving that office my wife and I agreed that was not an acceptable response and looked online for other surgeons in the area. We found another surgeon and I called to get an appointment. I explained on the phone to the staff of the office what was going on and the receptionist put me on hold. She comes back on the line and tells me that the staff at her office were floored by the response and that they could get me in within a week. One week later, I was in the new surgical oncologist’s office waiting to be seen. The doctor came in and I explained to him what was going on and he also was very bothered by the other physician’s behavior, as well as the staff’s behavior. He informed me that he was going to send me to a medical oncologist to see if chemotherapy should be done before surgery. He told me that he would make sure it was an expedited process.

While dealing with cancer and treatments and whatnot I was dealing with medical assistance. I received a call from the medical assistance office one day asking some questions to get me approved for insurance. While I was on the phone I mentioned that I had breast cancer and the representative on the phone said “you have breast cancer?” I said yes ma’am I do. She asked if she could place me on hold for a moment, and I said sure. She comes back on the line and says never mind. I asked what she was talking about and she said, “I thought I could get you approved under the breast cancer act but that only covers women.”

I asked the lady on the phone how that could be changed and she said i would have to contact my local representative I finished my phone call with the representative and, when I got off the phone, I told my wife what she had said and my wife was blown away. As was I. My wife and I decided that this was a battle the we were going to take on. No man should be discriminated against and not receive cancer treatment just because he isn’t a woman. So while going through my battle with breast cancer my wife and I were now going to take on trying to get this law changed.

In October of 2018 I had a complete left mastectomy. During the surgery they removed 11 lymph nodes and 1 of which came back positive for cancer. Also in October, my wife and I were put in contact with a local breast cancer organization that has been absolutely amazing with assisting us. While attending a fundraiser for this organization, we were put in contact with several different local and federal politicians to help get this law changed. My wife made a post on social media about what was happening and people were appalled. We were contacted by a local news company who wanted to do my story. I met with the reporter and was on the news letting everyone that could see it the injustice that was taking place right under our noses that no one ever knew about.

After having a drain in for two months after my mastectomy, I started receiving hormone treatments to combat the cancer hormones. In January, 2019, I started radiation treatments. I received 33 treatments of radiation. I had to go every day and because of the location of my heart I had to travel to Maryland to get these treatments because that was the closest location that had this special type of radiation that I needed. It was an hour drive one way. I was off of work from October until March, when I returned back to work. After talking with representatives’ offices and numerous phone calls from the county assistance office, I received a call one day that made it all worth while. The representative from the county assistance office called and told me that the office had received a memo stating that, effective immediately, men would now be covered under the breast and cervical cancer act. I was and still am elated that my family was able to play such a small part in what hopefully will help men in my state in the future.

I am still taking hormone pills to block the cancer, and will have to do so for 10 years. My journey is far from over. Thanks to great organizations like the Male Breast Cancer Coalition we can spread the word and make more and more people aware that cancer doesn’t discriminate. 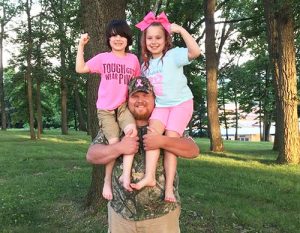 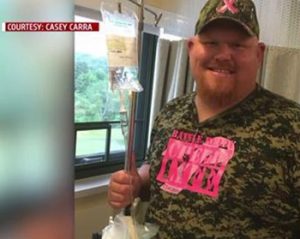