My name is Brian O’Connor, an active 86 year-old with only a few months until 87 comes up in September. I had a prostate cancer removal in 2010, and a full mastectomy of my right breast on 20 April, 2018. I have made a full recovery. The luck of being tested so comprehensively while being treated for another very serious illness is what I want to share. I hope all the details will be useful and interesting.

Before I begin my story I would like to present a few facts that actually play a part in the bigger picture. My beloved wife of 47 years, Susan, passed away on 27 June, 2017, after a long, slow illness. I miss her every day. Susan and I have three children. A daughter, who lives in Canberra, trained as a nurse and has two teenage children. A son, who has lived in Hong Kong for seven years, a banker who has three small children. He has worked out of Australia for 12 years. And a younger daughter, who lives in Bangkok (Thailand) , where she handles marketing and innovations for the world’s largest beverage maker across ASEAN. She has been working away from Australia for 11 years. She has two very small children.

In Yass I live in a very large, long-time, family owned heritage home (27 rooms) which was built in 1848,170 years ago. It is far too big for the current occupants, myself, a dog and a cat. I have a fellow called Geoff Lewis who assists in the home, keeps an eagle eye on things, ensures everything runs smoothly, and that essential works are carried out. Without Geoff I wouldn’t be writing this story. Believe me, as you shall see!

I have long-time Irish bloodlines (generations) and a well-deserved reputation for stubbornness. This nearly bought me unstuck. Big Time!

On 16 January, 2018, I went for lunch at a local café. That night, I had the biggest upset stomach imaginable. Continual toilet trips (both ends), temperatures of hot, hot fever and then freezing cold. I was a very crook chook as they say in Australia. This illness continued in bursts the next day. It was obvious that I had severe food poisoning. I also had a bad gout breakout in my left foot.  My doctor was away so I went to the nearby Yass District Hospital and was prescribed medications for my ailment and given an injection for the gout. From 18–23 January, I got crooker and crooker and people kept asking was I all right. I replied in the positive! On the night of 23 January I was unable to get to bed and rang for Geoff Lewis to come and assist me. Next morning Geoff arrived very early and said he had been very worried about me all night. He mentioned that I looked worse than ever and, against my protestations, he rang for an ambulance, which arrived in minutes. Even the ambos were alarmed at my status. I was taken to the Yass Hospital where I was promptly examined and the Duty Doctor who told me: “Mr. O’Connor, I believe you have a bug infection. I believe it is very serious and we have to quickly identify this bug and where it is. We will be taking samples from you and sending them away to grow a culture. This is very serious and I want you to know that if we are not successful you could very well die”.

The next day, I was told identification of the bug had been successful, and I had Bovis Sepsis Septicemia.

By calling the Yass Ambulance to take me to the Yass Hospital, Geoff Lewis really saved my life.

I stayed at Yass District Hospital (YDH) for four days being drip-fed antibiotics. On 29 January the ambulance conveyed me to The Canberra Hospital (TCH). It had to stop twice on the trip for the crew to administer more antibiotics. At TCH I was admitted to the Infectious Diseases Unit (IDU) and was given big doses of antibiotics every four hours, 24 hours a day. My eldest daughter was in constant attendance and, being a nurse, was able to keep me abreast of the medical jargon. I was seen by a procession of professor’s, registrars and doctors. I had many scans, tests, X-rays, ultra sounds, etc, and it was agreed on 7 February that the bug was being controlled, and that I now was to have six weeks of a big dose of antibiotics every day, seven days a week. It was initially suggested I stay in the Canberra IDU for the 6 weeks. Bloody Hell! Thankfully my daughter arranged for Yass Hospital to be contacted and the position explained. A gate bed was booked at Yass and I was able to go home and every day go up to the hospital (very close) for 1 ½ to 2 hours of antibiotics. This was from 8–22 February, 2018. There were visits to Canberra and the IDU in this period for consultation with the IDU Registrar.

While I was in Yass my local doctor was contacted by the Canberra IDU saying that an ultrasound taken during my Canberra stay was inconclusive and to please get another ultra sound done ASAP. They also mentioned getting a colonoscopy within 4-6 weeks for them. On 8 March an ultrasound was carried out at my local doctor’s rooms. The ultrasound had to go for examination by medical imaging experts to write the report. I only had two days to go on my six weeks antibiotics course and was feeling very pleased that the Sepsis Saga was drawing to a close. I was planning a little celebration to mark the end (hopefully) of the saga

My doctor told me on 15 March, 2018 that there was a large lump on my right breast and gave me a detailed explanation (see footnote)[1]

This was all double-dutch to a boy from the bush, although it was explained very, very clearly by my local doctor.

So without doubt I had breast cancer at 86 years of age. My initial reaction:  “I beat that bloody sepsis and I can beat this.” I asked questions and my doctor gave me answers. Strangely I was not upset or excited. I swore to myself but felt very calm. I was positive in recognizing that I had to follow the best advice and the first duty I had was to inform my three children. Which I did.

On 16 March I had a mammogram and biopsy in Canberra and the reports went to my doctor confirming that the lump was malignant.

The doctor said he would be immediately contacting a surgeon in Canberra and arranging an appointment for me to see him. This was set for 29 March and I was told (by the surgeon) exactly what would occur. I had two options:

Without hesitation I took option 2.

The breast removal operation was set for 20 April in Canberra at the National Capital Private Hospital. I was very pleased with the quick time-frame that was put in place. I really didn’t want any slow process and too much time to think.

My youngest daughter announced that she had arranged to come home for a month, to assist and nurse me. She would bring her two very young children, and the children’s nanny with her and “work from home”. Which she did. There were many international calls several times a day from the kitchen, or somewhere else in the house if required. Even the car. Beyond an 86 year-old’s view of the world as it now exists. Her visit was really appreciated.

I stayed nice and calm in this wait period and really surprised myself, and family, that I was not worrying and getting upset about the situation. I just made my bloody mind up to take it in my stride.

The breast removal operation was a success and the after effects minimal, thanks to the skill of the surgeon. I was told I would have limited use of my right arm for a while but it was good as gold and the predicted pain in other parts was very minor. I wouldn’t require chemo or radiation treatment (Deo Gratis).

I left the hospital on 23 April 23 and came home feeling good. We have a Community Nurse system in place at Yass Hospital and this was activated with nurses attending home daily to tend my wounds etc. There was also excellent contact from the ACT Breast Cancer Nurses. I also had a visit by a nurse from the McGrath Foundation (a charitable organisation that is doing a great job in this area). And my daughter was capably handling the house, management side and providing comfort to me.

I saw the oncologist in Canberra on 9 May and got a good report. I am to see him again, and the surgeon, in August for further examinations.

All was going well.

The colonoscopy required by the CIU unit in Canberra was still on the list of things to do. We were having difficulty in getting the professional people in Canberra to carry out the colonoscopy. As soon as it was mentioned that I had recently had sepsis the shutters went up. “We don’t want you in our rooms” was the catch cry. Eventually (thank God) my daughter found a practice that would do the colonoscopy and rate the procedure at a high level. This was scheduled for an initial consultation on 27 March in Canberra, where a date was arranged for Tuesday 3 April. In this consultation I mentioned that that morning a large lump had appeared in my groin. The doctor examined it and told me I had a huge hernia. The results of the colonoscopy indicated that there was a large polyp present in the bowel area. It was malignant and that it had to be removed by surgery

With my looming breast cancer operation pending, it was explained to me that there would have to be a healing wait time before the second operation, which would be a double decker, remove the malignant polyp and fix up the hernia matter.

All this came to pass on 7 June, by the same first class surgeon that did the breast cancer operation, and it was successful. My son came home from Hong Kong for three weeks to play nurse for me and assist around the home etc, where help was needed. Again, much appreciated.

Why is my story so interesting?

My eldest, Canberra-based, daughter who was always there over the six-months period, negotiating for me, providing comfort and essential support and doing whatever was required. A great effort, and this was despite having an unusual workplace accident that limited her capacity. 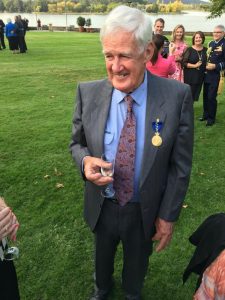 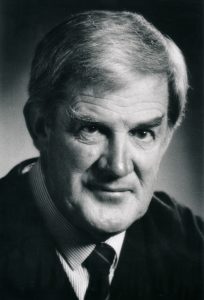