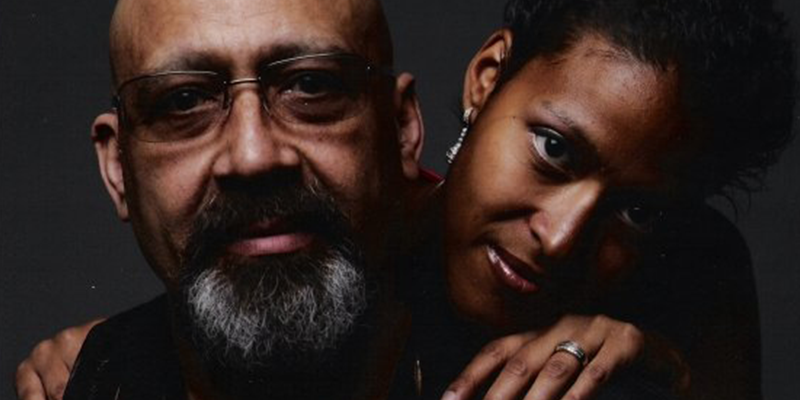 It has been nearly nine years, but it seems like it was yesterday. I was a 57-year-old healthy and fit father of four working as a Fireman in a New York City public high school.  I remember clearly when the doctor told me “You have breast cancer.” Those words fell on me like a ton of bricks! At first I thought they were meant for somebody else and he was playing a horrible joke on me. My inner voice was asking, was the doctor really talking to me? I thought no way, the doctor must be reading the wrong chart, men don’t get breast cancer. That’s a woman’s disease!

In 2006, I was taking a shower when I noticed what seemed to be nothing more than an overgrown pimple.  My wife at the time, a nurse, urged me to get it checked. The doctor assured me it was just fatty tissue, nothing to worry about, but as the months went by the lump grew larger. My daughter Vanessa convinced me to see another doctor who said the same at first, but then scheduled me for a mammogram and a sonogram.  A mammogram?  For a man? Looking around the waiting room I noticed about 10-20 women staring at me. One woman asked if I was waiting for my wife.  I said, “No, I’m here for myself.”

About a week later, I received the call that every survivor, woman or man, will never forget, “The results are back. The doctor wants to see you in the office.”  When I returned to the doctor, I went by myself. “Sit down,” said the doctor. “You have breast cancer. You’re in the 1% of men who get the disease. It’s spreading, and we need to operate right away.” For many of us, this is the defining moment that launches the fight against cancer and signals the beginning of survivorship.

Within a week I had a mastectomy.  My right breast and 80% of my lymph nodes were removed, because the cancer had spread. I was sent home with very little information, and I didn’t know enough about male breast cancer to ask any questions.  There was no follow-up or additional treatment at that point.

In 1992, one of my four sisters died of breast cancer at the age of 47 after a valiant two-year fight. Since my sister and I had breast cancer, it was recommended that I go for genetic testing to see if I was carrying the hereditary BRCA gene mutation. As my doctor expected, I was BRCA2 positive and I learned about my increased cancer risks. More importantly to me, I now had to face the possibility of passing the mutation to my children.

I decided that Vanessa would be my first call. I was contemplating how I was going to break this news to her.  She was 32 years old, a wife, mother of three, an administrative assistant, healthy, and worked out regularly.

When Vanessa went for her BRCA test along with her younger brother, the doctor also suggested she get a mammogram to be on the safe side. While waiting for her BRCA results, she scheduled the appointment for her mammogram. She was waiting for the all clear from the technician, but her name was called again because they needed another picture of her breast.  Another screening was performed, but with this test they magnified the breast more. She saw an image of her breast on the screen and wondered why there was a circle around part of it.  As she waited again, they called her back for a third time, and was then sent back up to her doctor’s office. Vanessa knew something was wrong. My little girl knew she was about to get a breast cancer diagnosis of her own.

The doctors told Vanessa she had stage 0 breast cancer, ductal carcinoma in situ (DCIS). She was told to go ahead and enjoy her previously scheduled vacation and when she came back she would have a mastectomy.  When Vanessa returned with her family she was positive and hopeful, because her cancer was caught early. After the surgery, she received the news her cancer was aggressive and had spread to her lymph nodes. She had no option but to do chemotherapy and take Tamoxifen for 5 years.

Vanessa and I started Tamoxifen at the same time, but we both stopped after several months because the side effects were brutal. I think we were both really sick of popping pills.  We wanted to go back to what we thought was a better quality of life and not be reminded we had a stupid disease.

Just three weeks after learning she had breast cancer, Vanessa was told she and her 29-year-old brother were also BRCA2 positive, as was one of my sisters. Discovering that my son and daughter were also carrying the mutation was devastating for me. My thoughts were, “This is how my children are going to remember me. I’m the dad who passed this on to them.”

I felt totally responsible for changing their lives and was so overwhelmed with guilt. I was angry, ashamed, and very depressed about the situation.  Vanessa’s doctor put things into perspective for me and said, “Let’s turn this around. You have saved your daughter’s life. If we hadn’t known you were a BRCA carrier, we wouldn’t have discovered Vanessa’s breast cancer for years and by then it could’ve been too late.”  With those words of wisdom, I began to understand this did save my daughter’s life, however I still felt angry this was happening.

My daughter and I began our breast cancer treatments together. We became each other’s emotional and mental support. We were always there for each other at every chemotherapy session helping each other through it all.

There were no support groups for men, so Vanessa convinced me to join her in a women’s breast cancer support group. There were eight very supportive women, plus me. I called the ladies my POSSE.

Vanessa and I did other things together too, including salsa dance classes that led to a performance at Hunter College’s Kaye Theater to raise money for breast cancer awareness.  This breast cancer experience has increased our bond in a very special way. It has transformed our father/daughter relationship into best friends.  We compare notes about what we’re thinking and how we’re feeling at every stage, every month, every year.

In August 2014, my daughter Vanessa felt a new lump under her arm.  At first she thought it was a swollen lymph node due to her being under the weather. Each month that passed she said she could feel it growing and getting harder.  In October 2014, she showed her husband because she became really concerned about how hard and fast the lump was growing. After he felt the lump, he told her to see the doctor immediately.  The next day she called her breast surgeon and explained what she had felt and her doctor made an immediate appointment for a sonogram and biopsy.  My daughter had to relive her nightmare again.  She was told her breast cancer had returned in her armpit and had to have surgery immediately.  The doctors were unsure if the cancer had taken over a lymph node or if it was a new growth. Everything was moving at such a fast pace for her and I think she never had a moment to grasp she was in this situation again.  She was angry, because she felt she had done everything in her power to make sure she lowered her chances for a recurrence.  In 2007, when Vanessa was diagnosed, she decided to have a bilateral mastectomy, oophorectomy, and chemotherapy.  She really thought she was knocking out her chances of cancer every returning!

After the surgery, my daughter was told the sample of the cancer was taken to do an Oncotype DX test to see how aggressive the cancer was.  They were unsure how to treat her, because the cancer had not spread to the lymph node.  They knew this time around, she had to do radiation but they were unsure if she should do a stronger chemotherapy. They were looking at her case as if this was the first time she was diagnosed with cancer.  After she received the results, everyone decided it would be best for her to do four treatments of the strongest chemotherapy, radiation everyday for six weeks and then 10 years on Arimidex.

As of today, she has completed all of her treatments and still has a positive outlook on life. I commend her for her strength and courage as a beautiful young woman, daughter, and wife.

I cannot tell you how many times I have removed my shirt in front of doctors only to hear them say, “OMG what is that?”   That’s not a very comforting reaction from people in the medical profession.  However now I take my shirt off comfortably, because I want to show other men there is a support team out here.  They don’t have to be ashamed of their scars, and if anyone asks me about my scar now, I simply say, “I am a male breast cancer survivor!”  It gives me the opportunity to share my story and hopefully save a life. Get your breasts checked guys!

Vanessa and I are both passionately committed to increasing awareness of male breast cancer.  In 2011, we were honored with the Eagle Fly Free Award from the Institute for the Advancement of Multicultural & Minority Medicine for our work as “survivors who have demonstrated extraordinary freedom, courage and strength from their encounter with breast cancer.” We’ve been featured on ABC World News Tonight, NBC’s The Today Show, and CBS and FOX News.  Our breast cancer journey has been featured in Woman’s Day, Black Enterprise and Parade Magazines. We’ve spoken to religious groups of every denomination. Vanessa has launched a 501c3 foundation called, LIFE (Live-In-Faith-Everyday) aimed at increasing the awareness of male breast cancer among segments of the male population who are at risk. I speak to young men in the New York City school system about men getting breast cancer. I always make sure there is parental consent, because sometimes if they get too out of hand, I open my shirt and I show them the proof – proof that men get breast cancer too!

Another outlet that came to life to spread male breast cancer awareness was the creation of our documentary, “Men Have Breasts Too.” My daughter, son-in-law and I started out on a mission to find other men who were dealing with breast cancer like me and share their stories. Who knew over the last two years we would come across so many amazing men in the same situation?  We also had the absolute pleasure to meet a powerhouse champion named Cheri Ambrose, who I would like to thank for her dedication in the fight against male breast cancer and awareness. Through her relentless lobbying with government officials, she was able to have the state of New Jersey 216th Legislature designate the third week of October as “Male Breast Cancer Awareness Week.”  I would also like to thank Peggy Miller and Lori Berlin, who are courageous warriors in the fight for this cause.  With all of their combined selfless dedication, we have been able to locate men around the world, educate and distribute more information than ever.  This movement has encouraged more male breast cancer survivors to come forward and share their stories.